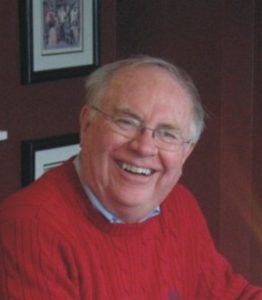 While Enough is fiction, Tony Hylton has been around journalism for more than 76 of his 77 years. He was less than a month old when printers’ ink was applied to his feet and the images made on newsprint as his sportswriter father held him.

His connection with this honorable profession has taken many forms – Editor/publisher of the Hinton (WV) Daily News (now Hinton News); visiting professor of journalism at Susquehanna University; public relations practitioner for a national trade association in Washington, DC and a steel company in northern West Virginia; communication director for AARP Virginia and Public Information officer for a major U.S. Army headquarters in the Republic of Vietnam. Enough features the interaction of journalism and the brand of rough and tumble politics found in southern West Virginia in 1960.

Tony is a proud graduate of West Virginia University (Bachelor of Science of Journalism, 1965 and Masters of Arts, Political Science, 1972). He is the father of one son, Chad, and daughter, Lee Slivka, and grandfather to three accomplished granddaughters – Morgan and Reilly Hylton, and Maggie Slivka.