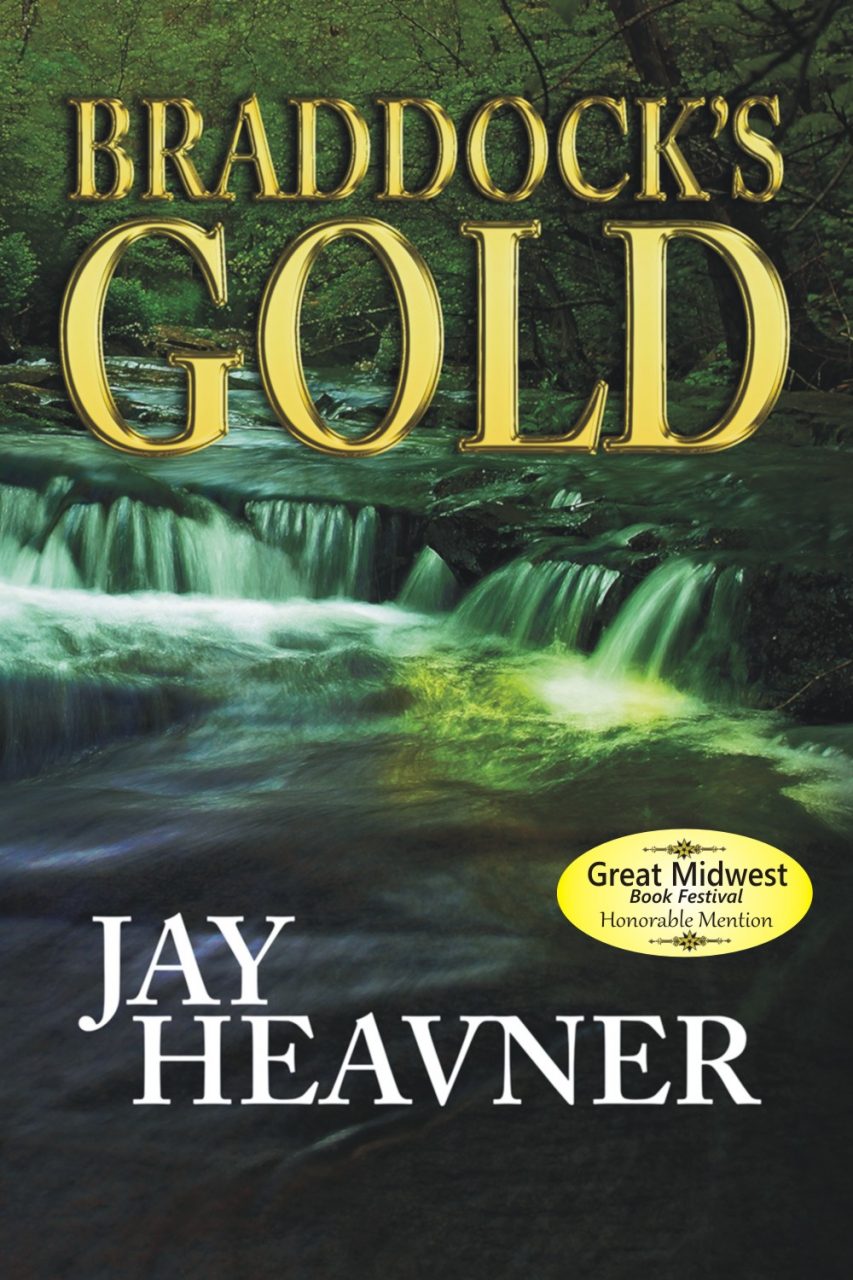 In 1755, the American frontier was the eastern edge of the Appalachian Mountains. Two great empires, the British and the French, were in a deadly contest for control of the North American continent. British General Edward Braddock along with Colonel George Washington and 2,000 British and Colonial troops were sent to drive the French and their Indian allies out of contested areas. The two large armies met on a hillside near present-day Pittsburgh, Pennsylvania. Braddock was soundly defeated. His payroll--gold coins valued at nearly two million dollars--disappeared, but now, major clues have appeared. Tom Kenney, Vietnam veteran and owner of a local business, and others are caught up in this drama. People are looking for the treasure, and some will stop at nothing to find it.

In his premier novel, Jay Heavner spins an intriguing and plausible tale to explain what happened to Braddock's Lost Gold, a legend whispered from one generation to the next for nearly 250 years. Mr. Heavner traverses time, from the French and Indian War to the present day when little Timmy Miltenberger finds pieces of gold in Patterson Creek while fishing. The story is rife with intense historical drama and modern day crime playing a role in solving the mystery of the missing gold. --JoAnn Peterson, Actor/Historian, Amazing Women of History

Braddock's Gold is a down-to-earth, feel-good story with just the right mixture of action, suspense, and generous heaps of historical detail. Jay Heavner's good ol' fashioned storytelling is reminiscent of the yarns you'd usually only get on Grandpa's knee, filled with vivid characters and exciting plot twists. So pull up a chair, relax in front of the fire, and prepare to be captivated by this lively tale. --Alex Sweeting, avid reader and lover of tall tales. Bahamas

Be the first to review “Braddock’s Gold” Cancel reply

Award winning author, Jay Heavner, is a History buff and continues his research about General Braddock’s missing gold payroll in his newest book, Hunter’s Moon. His first novel, Braddock’s Gold, was awarded Honorable Mentions for Best Fiction at the Florida and Great Midwest Book Festivals. Heavner resides in central Florida with his family. He was born in Cumberland, Maryland, and lived his first thirty years in West Virginia, which he still considers home. He is a graduate of Fort Ashby High School, Fort Ashby, WV, and West Virginia University, Morgantown, WV, where he earned two degrees. He is a recently retired member of the United Brotherhood of Carpenters. Mr. Heavner’s articles have been published in newspapers in West Virginia and Florida.