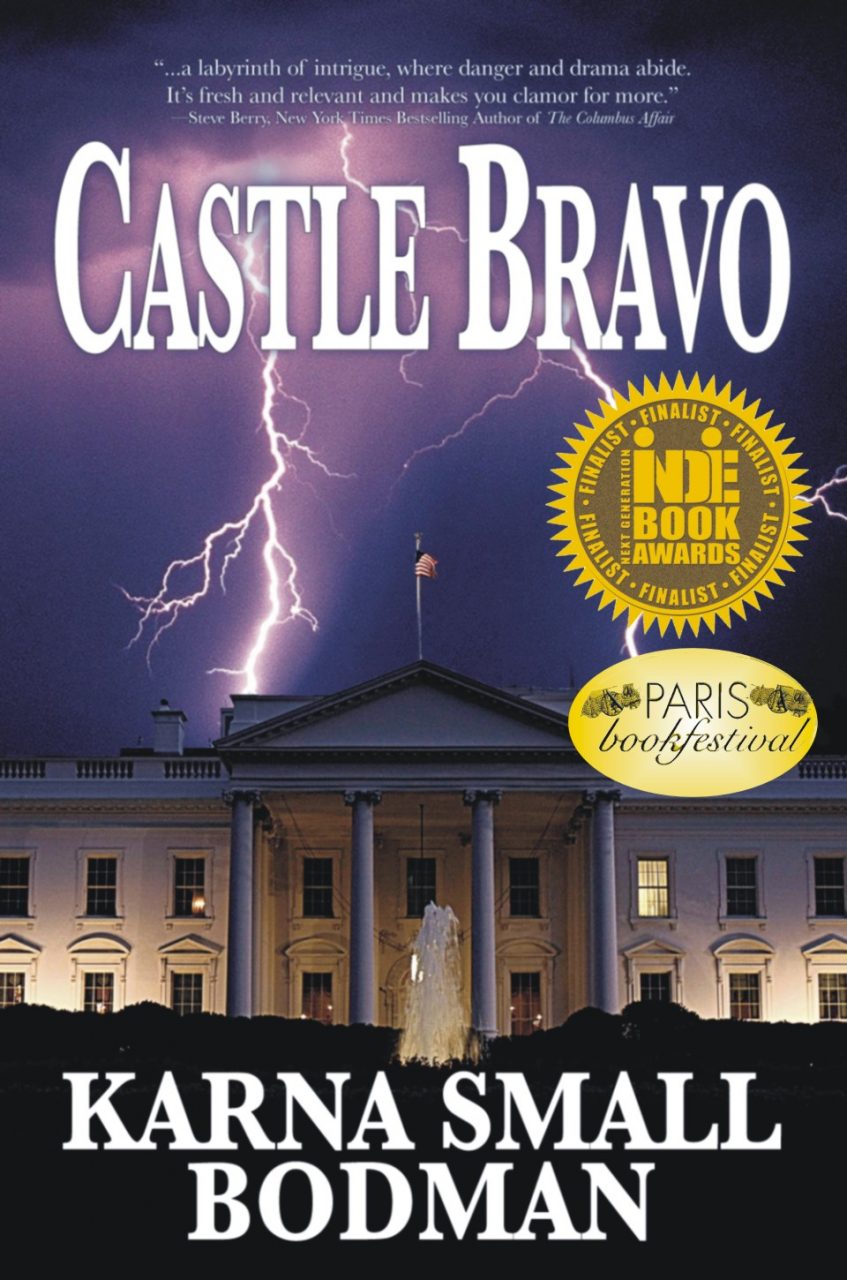 Skillfully developed terrorist plot against the US by White House insider Karna Bodman, a book you will read twice!

White House Director of Homeland Security, Samantha Reid, receives intelligence about a possible new threat to the country's national security. While she and her staff are inundated with potential issues on a daily basis, this new one is staggering. What if a hostile country or group gets hold of a small nuclear device, and instead of aiming it at one of our cities, they intend to detonate it high in the atmosphere? The result would be the creation of an Electro-Magnetic Pulse or "EMP" sending shock waves that would "fry" all electronics on the ground in its line of site. There would be no electricity grid, no internet, no communication--transportation--refrigeration--ATMs. It would set us back to the year 1910! Could it happen here?

White House officials are too skeptical and too focused on other threats to pay attention to Samantha's warnings. The love of her life, Tripp Adams is sent on a business trip to a foreign country where just such a plot is simmering. Will Tripp become embroiled? Will he be trapped overseas while Samantha races to pull a team together to foil a sinister plot? This gripping tale spans the globe and is filled with international action and political intrigue at the highest levels, made all too real by the author's "inside The White House" details. It gives the reader a seat at the table in the Situation Room, the meetings in the Oval Office, and the frantic search for a way out. It's a trip on a wild ride of an all-too-real scenario for the future of our country.

Bodman skillfully moves her players around on a global chessboard, presenting a provocative concept that rings all too real. You're there, in a labyrinth of intrigue, where danger and drama abide. It's fresh and relevant and makes you clamor for more. --Steve Berry, New York Times Best Selling Author of The Columbus Affair

Karna Small Bodman is in the top echelon, male or female, of modern spy writers. She's been there and done that and gets it all right. --John Lescroart, New York Times Best Selling Author of The Hunter

Bodman has an amazing gift for creating scenarios that terrify--and the government background to make them feel so real you find yourself checking the news to make sure they aren't really happening --Kyle Mills, New York Times Best Selling Author of The Immortalists

Be the first to review “Castle Bravo” Cancel reply

The Honorable Karna Small Bodman served in The White House, first as Deputy Press Secretary and later as Senior Director of the National Security Council. At the time of her departure, she was the highest-ranking woman on The White House staff. She also spent fifteen years as a reporter, television news anchor and political commentator in San Francisco, Los Angeles, Washington, D.C. and New York City.