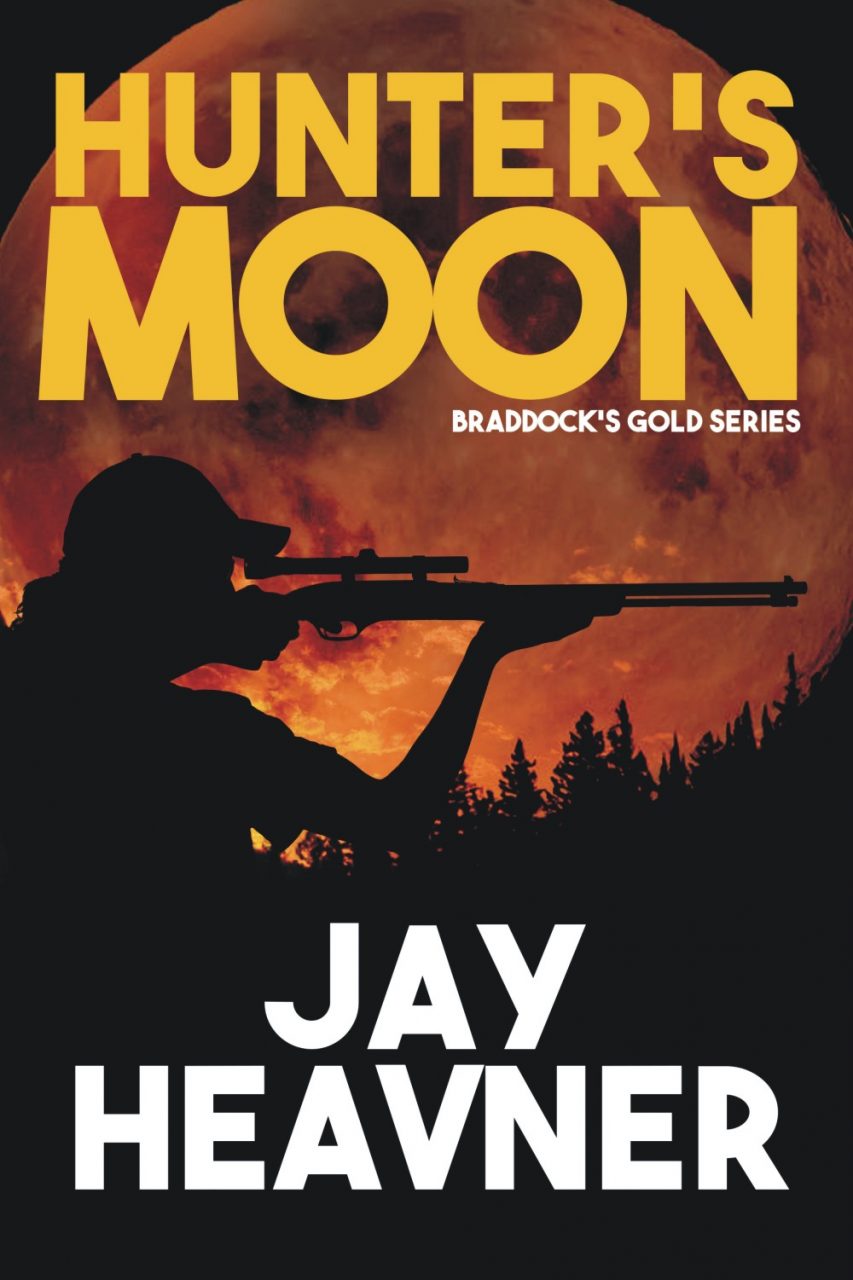 Historical fiction–General Braddock’s lost payroll would be worth millions if found today. Present day clues continue to encourage treasure hunters to look for the missing gold. Jay Heavner weaves a tale from the French and Indian War to modern day and it always seems to be just out of reach. Follow the adventures of main character, Tom Kenny, in Braddock’s Gold and the sequel, Hunter’s Moon.

Tom Kenney, Vietnam veteran afflicted with PTSD, has information that can lead to the discovery of General Braddock's gold payroll lost during the French and Indian war in 1755—but his condition prevents him from remembering where it is. A nemesis, known to Tom as the Benefactor, told him he would kill him if he did not give up the information on the treasure and Tom is no closer to recalling his lost memory. Hunter's Moon is second in the Braddock's Gold series.

Be the first to review “Hunter’s Moon” Cancel reply

Award winning author, Jay Heavner, is a History buff and continues his research about General Braddock’s missing gold payroll in his newest book, Hunter’s Moon. His first novel, Braddock’s Gold, was awarded Honorable Mentions for Best Fiction at the Florida and Great Midwest Book Festivals. Heavner resides in central Florida with his family. He was born in Cumberland, Maryland, and lived his first thirty years in West Virginia, which he still considers home. He is a graduate of Fort Ashby High School, Fort Ashby, WV, and West Virginia University, Morgantown, WV, where he earned two degrees. He is a recently retired member of the United Brotherhood of Carpenters. Mr. Heavner’s articles have been published in newspapers in West Virginia and Florida.