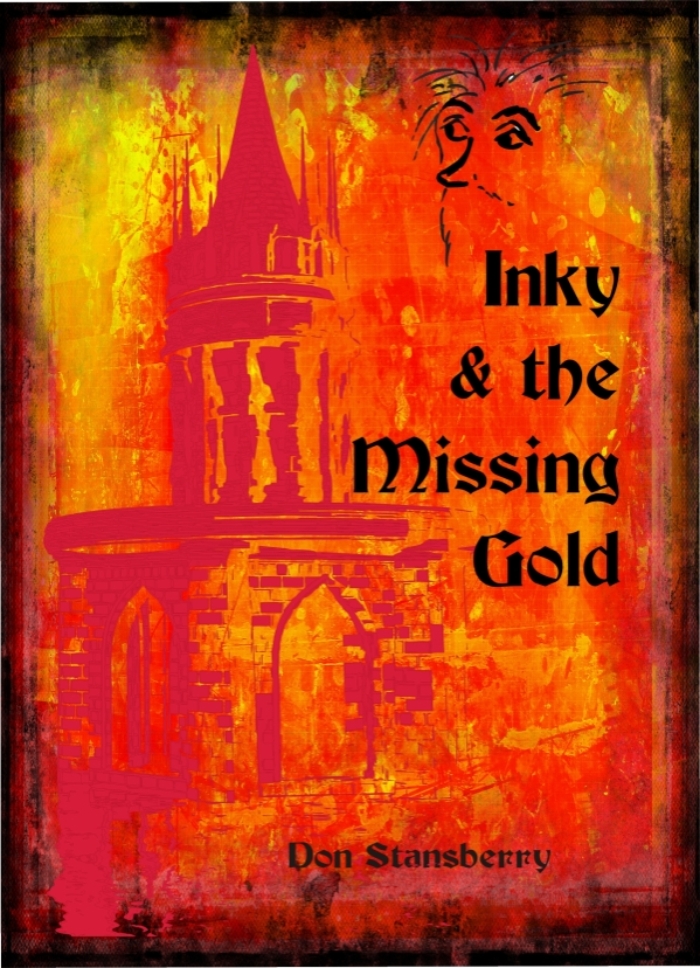 A very small wizard named Inkydomus lives in the ruins of an abandoned castle. Because of a curse placed on his father, he has lived over three hundred years and has grown to a height of only twelve inches. His legendary adventures working for the royals are known throughout Europe. These stories have been passed down for generations among the royal and poor alike. Now after nearly a hundred years of hiding from a life he despised, he finds someone is searching for him. The thought of an adventure is surprisingly appealing and Inky allows himself to be captured and taken to a king who needs a mystery solved. The adventure he finds is far more perilous than he ever expected. A cruel king, strange creatures, a zoo full of monstrosities, and an unexpected friendship will change his life forever in the search for missing gold.

Be the first to review “Inky & the Missing Gold” Cancel reply

International Award winning author, Don Stansberry, is a native West Virginian and an elementary school teacher. His new book, Vulture Bend, will be released in Boston at NEA, the National Education Association national conference. Don is the author Secret Blood, a multi award winning book that took top honors for best spiritual fiction at the London Book Festival. It was named a Winner at the Indie Book Awards at a reception at The Plaza in New York City during Book Expo America. He also authored two middle school books, Inky & the Missing Gold and Inky, Oglebee, & the Witches, and his children’s book–which he also illustrated, Crusty, was named a Finalist in the USA News Best Book Awards. Don has been a public school teacher since 1984 and always had an interest in writing. He was the head coach for the Parkersburg High Girls’ Basketball team for 16 years and retired from this position with four state championships.