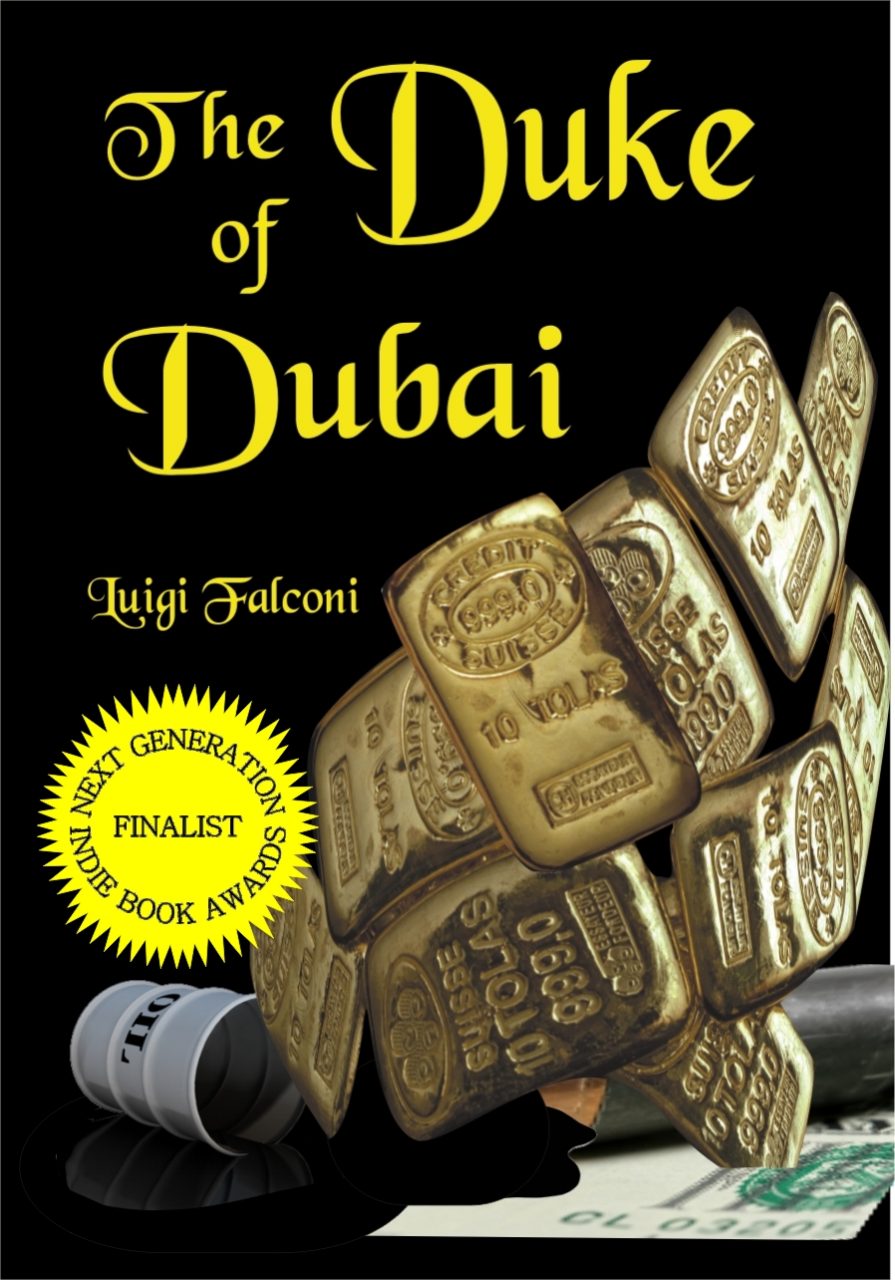 The Duke of Dubai

…a magic carpet ride deep into the political, cultural and sometimes perilous realm of modern Dubai, one of the wonders of the modern world, where money begets power, and power rules.

Adventure novel with historical overtones; based on author's personal experiences.

Carved from the sunbaked sands of Arabia, Dubai has evolved from an oil boomtown into one of today's most exciting and opulent metropolises. In this world of wealth and power, mystery and intrigue, Luigi Falconi is transformed from a naive youth to Lou Falconi, The Falcon. Adopted into the brotherhood of eccentric expatriates, amusing Arabs and assorted adventurers led by The Duke, Lou is swept up in the excitement of Dubai's burgeoning development, discovers its morally conflicting cultural codes and uncovers many of its secrets.

He also discovers within himself greed, the desire to accumulate wealth like that of his compatriots, which leads him through the back streets of his conscience to various get rich quick scams and schemes.

This book takes the reader on a magic carpet ride deep into the political, cultural and sometimes perilous realm of modern Dubai, one of the wonders of the modern world, where money begets power, and power rules.

The Budweiser Bedouin? I still belly-laugh when visualizing the bandoleered Abdul wearing an 'I HAD A CLIMAX AT ROCKY'S PLACE' t-shirt over his dishdashah. Luigi can tell a tale and there are plenty of them to be told. --The Honourable Andrew Stuart, Gentleman Farmer, Scotland

Luigi's stories are all fiction. When my book is published the real truth of Dubai's past will be told. --Romero J. Marcello, Businessman, New Orleans

Fiction! I did business in Dubai in the early 70s and I'm sure I met some of the characters in this book. Didn't I? --Vince Dragonetti, GRI, CFP, Financial Therapist & Financial Coach, Detroit

About the Author
The love child of the local priest and the parish housekeeper, Luigi Falconi was born in Tricarico, Italy, in 1945. Soon after his birth his parents immigrated to the United States. He attended Mary Magdalene High School in Hoboken, New Jersey. Although an honor student with a football scholarship to Notre Dame, he left school to study Kabbalah. When fear of adult circumcision led him to give up the idea of converting to any religion that required surgery, he became an apprentice to a shoemaker on Mackinac Island, Michigan.

A skilled artisan, Luigi designed and crafted Chippewa moccasins while attending Michigan State University, where he earned a BA in 1967 and an MA in 1969. While shoemaking and taking full-time university classes toward his Ph.D. in rocket science, he wrote three unpublished novels and one volume of poetry. The shoe shop burned in 1971, destroying Luigi's manuscripts and his innocence. Mentally drained from this tragedy, he did the only thing left for an educated shoemaker to do; he became a teacher and, soon after, an administrator.

In 1974, Luigi uprooted his family from the security and comfort of their middle-class American home to become headmaster of a small oil company school in Dubai, United Arab Emirates. He left education in 1978 and went to work in the Middle East oilfields. After thirty-two years in the hot desert sun of Arabia, Luigi, unable to distinguish fact from fiction in his own life, left Dubai and moved to Italy to learn Italian and rediscover the truth.

Be the first to review “The Duke of Dubai” Cancel reply