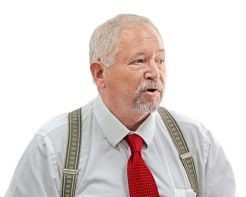 J. Michael Willard has had a varied career as a newsman, political and policy advisor to US. Senators, senior public relations and advertising counselor, author, publisher, artist and entrepreneur.

His primary emphasis today is writing both fiction and non-fiction and representing and raising the profile and enhancing the reputation of promising authors and leading business executives.

Over the years, Willard has written 16 books, equally divided between novels and books on marketing and public relations.

Willard spent 22 years at the helm of advertising and public relations companies in Eastern Europe and Turkey.  He is a former executive vice president of the worldwide PR firm Burson-Marsteller.

Willard was director of US Sen. Robert Byrd’s Democratic Leader’s office when Byrd held that position. Willard also served as communications director to then Gov. John D. Rockefeller in his successful Senate bid.

Early in his career, Willard was a reporter on various newspapers, including the Orlando Sentinel and the Tampa Times. He is a native of Vidalia, Ga.