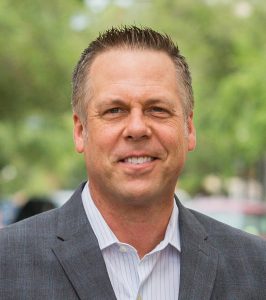 Kraig Kann founded Kann Advisory Group in 2016 and serves as Managing Director of the organization that provides strategic communications, marketing, branding and media consulting to leaders of all organizations. His vast experience combining roles as network television and radio personality, sports executive and business entrepreneur has made him an industry influencer, respected spokesperson and requested speaker.

After a 25-year television career that included 17 at Golf Channel/NBC where he was an original on-air member, a play-by-play voice and ultimately the lead studio host and on-site anchor at major championship events around the world, Kraig made a career pivot and elevated the Ladies Professional Golf Association as its Chief Communications Officer from 2011-2016.

His polish and reputation in front of the camera and his comfort interviewing athletes, politicians and corporate executives positioned him as a unique voice on the LPGA’s board and its executive leadership team. In his many key roles, he built valuable new media partnerships, led efforts with global sponsors in areas of media and marketing communications, served as a strategic media coach for athletes and executives, produced and emceed televised events and was a member of the 2016 Rio Olympic Games Communication Committee hosting the competition’s daily press conferences on site.

Kraig now conducts unique corporate leadership workshops, seminars and webinars focused on message delivery, storytelling and personal and professional brand development. His “Be a Brand-New Influencer” and “The Power of Presentation” keynotes have drawn rave reviews from corporate CEO’s, while thought leadership offered in his blog has drawn attention from PR News, Sports PR Summit, and Forbes, who have identified him as a must-see speaker, featured industry panelist, council member and content contributor in the areas of media and public relations, brand marketing, public speaking and strategic communications. In addition, he is a weekly host on SiriusXM PGATOUR Radio.

Kraig has three children and lives in Orlando, Florida.