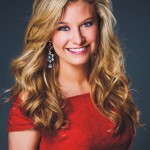 Krystian Leonard, Miss West Virginia Collegiate 2015, is a motivational speaker and travels the US. Her work with children’s hospitals has helped many deal with self esteem issues due to visible scars.

Krystian has continually proven that beauty is more than skin deep and hopes to help others heal so they, too, can say “no matter what my scars say to you, they hold a meaning of Strength and Character, showing I have Accepted who I am and prove I can Rise above the Stigma.”

You can find out more about Krystian and Shining S.C.A.R.S. by visiting her websites at www.ShiningScars.com and www.KrystianLeonard.com or by email at ShiningScars@gmail.com. This website has been designed to assist both children and teens with the healing process. By creating a positive and character building organization it is Krystian’s goal to build an informative community aiding in the healing process.