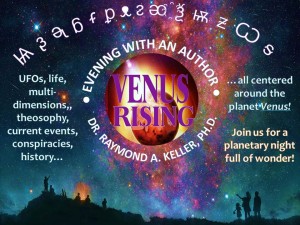 Paranormal expert, Dr. Raymond Keller, has researched and compiled UFO and other paranormal information, events, and history about Venus and its impact on our society. Dr. Keller is an entertaining and informative sought after speaker.