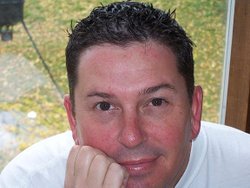 Rob Quillen started writing for an unofficial Jeff Gordon website and in 2009 wrote for RaceJournalOnline, a feeder website for Jayski.com and ESPN.com. His 9/11 story has appeared in Fields of Thunder: The Story of the Kansas Speedway and Chicken Soup for the NASCAR Soul. His chance encounter with pilot Jason Dahl, whose plane crashed in Shanksville, Pennsylvania on 9/11, started the author on a journey of not only self-awareness—but also a quest to fulfill one boy’s dream. With the help of many friends including NASCAR and ESPN, he was able to bring Jason Dahl’s son, Matt, to his first NASCAR race and meet one of his idols, Jeff Gordon. Quillen has been interviewed on The Today Show on NBC, The NBC Nightly News with Tom Brokaw, ABC National Radio Interview, NBC’s Pre-race interview before the 9/29/01 Kansas race as well as several dozen local media interviews on all major networks.

In the months and years following 9/11, he’s been on the lecture circuit giving inspirational speeches on various subjects surrounding 9/11—particularly the message of how you can help others fulfill their dreams. In addition to writing and speaking, he is a board member for The Jason Dahl Scholarship Foundation. This is a foundation created by Sandy Dahl, Jason’s widow to raise money for high school seniors wanting to go to college to obtain their aviation degree. A percent of the proceeds from sales and speaking tour appearances go directly to the foundation. Rob lives with his family in Nebraska.