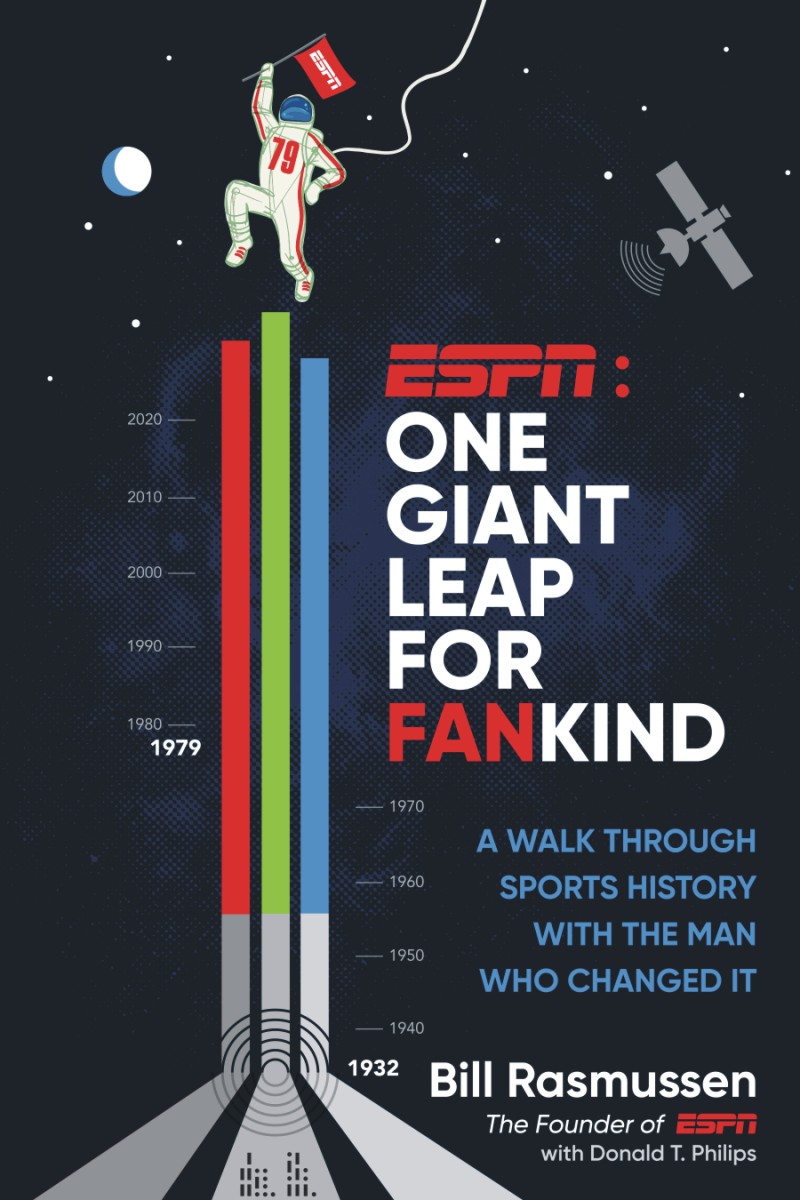 ESPN: One Giant Leap for Fankind

A walk through sports history with the man who changed it.

A walk through sports history with the man who changed it.

"Bill Rasmussen delivers with a creative, smart and unique approach, combining his personal journey with what was happening at the time in our country. The creation of ESPN is an amazing story, and Bill tells it with fascinating detail, heart and humor." —JIMMY PITARO, President, ESPN

He is a legend in innovative and entrepreneurial sports, advertising, and broadcasting. He is recognized in Sports Business Journal as one of the 100 people who greatly influenced the NFL business. Sports Illustrated honored him as one of their Forty For the Ages. USA Today called him “The Father of Cable Sports.”

Born and raised on the South Side of Chicago, Mr. Rasmussen is a veteran of the United States Air Force. He earned a Bachelor’s degree in Economics from DePauw University and an MBA from Rutgers University. During his career, he was a television sportscaster and a radio and television play-by-play announcer for baseball, football, basketball, and hockey.

Mr. Rasmussen is the author of Sports Junkies Rejoice! The Birth of ESPN. A frequent guest on television, radio and podcasts, he is in demand as a speaker at corporate events and on campus. He is an Awareness Ambassador at the Michael J. Fox Foundation for Parkinson’s Research and speaks about Intentional Optimism at American Parkinson Disease Association events across the country.

Donald T. Phillips is the author of Lincoln On Leadership. He has collaborated on books with Mike Krzyzewski, Cal Ripken, Phil Mickelson, and George Bodenheimer. He grew up in the Washington, D.C. area.

Be the first to review “ESPN: One Giant Leap for Fankind” Cancel reply