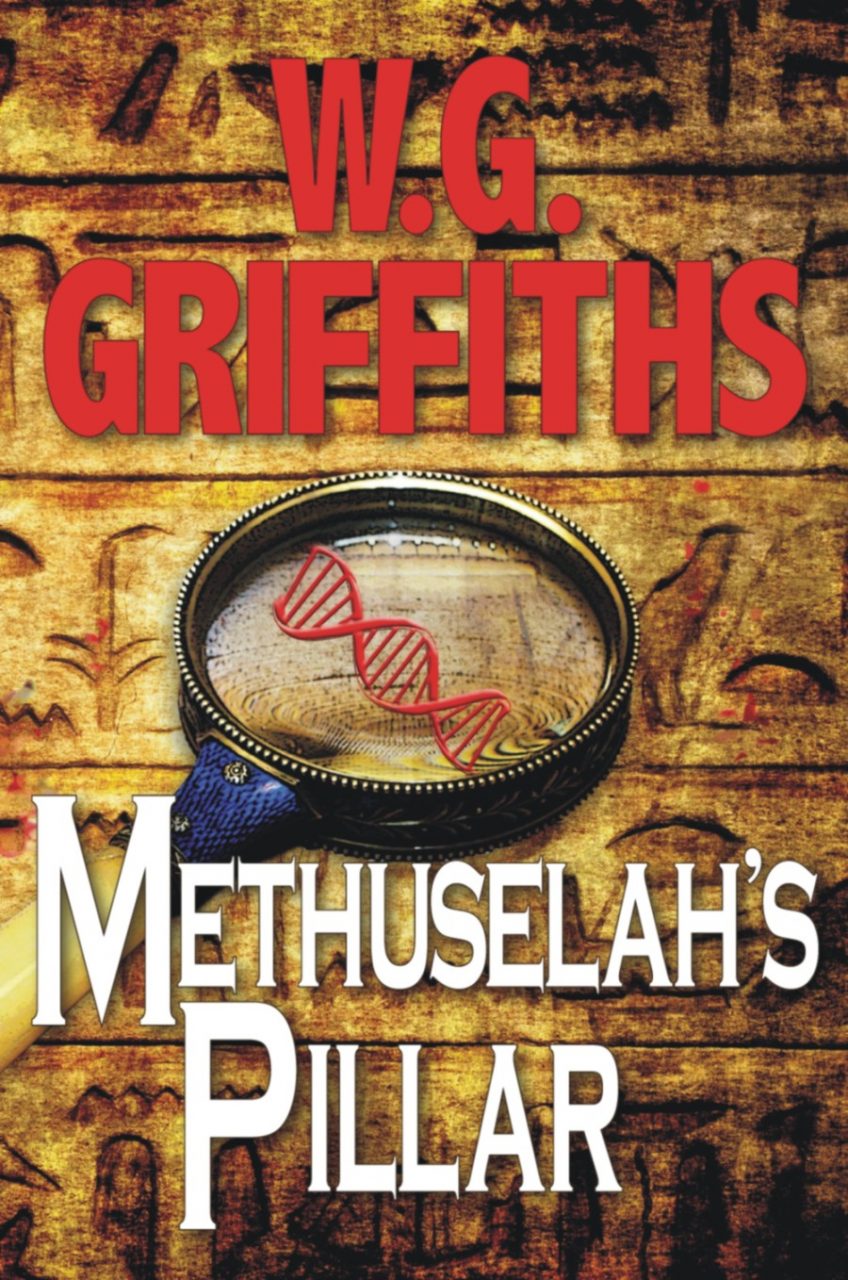 Fast paced, excellent thriller–you really can’t put this one down!

From the cradle of civilization, to technology beyond control, Methuselah's Pillar takes readers on an urgent race across time and faith, where myth and science wrestle for truth. Prehistoric legends are resurrected into the modern world of greed, espionage and bio warfare.

On a remote hillside in Afghanistan, a shepherd minding his flock thinks he hears thunder. As rockets whoosh overhead, he runs for his life. A missile explodes nearby and opens a deep crevasse. The shepherd dives into it for cover. There he finds a hidden sanctuary and a lost ancient artifact known as Methuselah's Pillar.

According to legend, Methuselah received a pillar from his seven times great grandfather, a man called Adam, whose mysterious origin and knowledge was finely etched into the stone. Was the pillar divine, or did actual scientific data help Methuselah to become known as the oldest man who ever lived? The legend also claims that Moses possessed the enlightening pillar before he singlehandedly delivered Hebrew slaves from the powerful Egyptians with deadly plagues.

Soon after the pillar's discovery, American unmanned reconnaissance drones spot strange anomalies in the craggy northern mountains of Afghanistan. The Army sends special ground forces in to investigate. They were completely unprepared for what they found.

Samantha Conway, a renowned archaeologist and ancient language expert, is called to decipher the pillar's writings, as deadly plagues dating from the time of Moses return.

As well crafted as a Pharoh's tomb, Methuselah's Pillar grabs you from the start and doesn't let go. W.G. Griffiths at his spell-binding best. - Rick Robinson, author Writ of Mandamus

Be the first to review “Methuselah’s Pillar” Cancel reply

W. G. Griffiths lives on Long Island, New York, and is the multi award winning author of both fiction and non-fiction books including: Malchus, Driven, Takedown, Stingers, and Talons. Griffiths believes the reader should live the story so research from the internet alone just won’t do. First hand experience is essential for proper description. If his character has to sky dive then so does the writer. If his character has to travel through the neighborhood sewers then so does the writer. Research has brought him to the deserts of the Middle East, the bush of Africa, the tundra of the Arctic and even the U. S. military confines of germ warfare at USAMRIID in Fort Detrick. Griffiths has also appeared on television many times including The Oprah Winfrey Show and speaks on writing stories at both grade schools and universities.