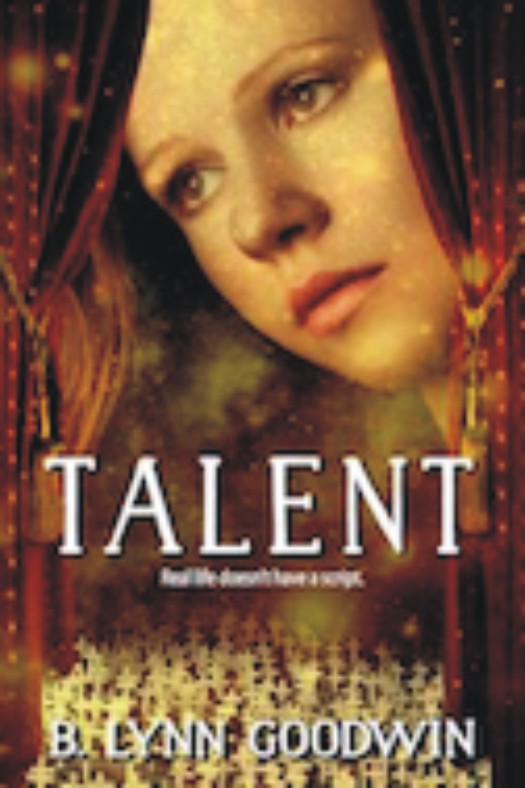 Fifteen-and-a-half-year-old Sandee Mason wants to find her talent(s), get her driver’s license, and stop living in the shadow of her big brother, Bri, who disappeared while serving in Afghanistan.

She’s the Assistant Stage Manager for Oklahoma!, calling missing cast members and tracking down props, when her family learns that Bri didn’t survive. Rob, the manipulative stage manager, who was Bri’s best friend, becomes erratic. Then the principal asks her to tell the student body about her brother, and she channels her energy into that.

While Sandee speaks to the assembly, Rob gets into a shouting match with an insulting bully. Later, he gets drunk. Sandee drives him home, but can’t rouse him when the police pull her over. He goes to juvenile hall and Sandee becomes the school’s youngest stage manager. She’s more than Brian Mason’s little sister, and everyone knows it.

Be the first to review “Talent” Cancel reply

Writer and editor B. Lynn Goodwin owns Writer Advice, www.writeradvice.com. She’s the author of an award-winning YA, Talent and an award-winning memoir Never Too Late: From Wannabe to Wife at 62, plus a collection of journaling prompts, flash pieces, and short articles.  Her flash fiction was recently published in Nebo, Cabinet of Heed, Murmur of Words, 100-Word Stories, and Ariel’s Dream. She lives with her energizer-bunny husband and their exceptional terrier.

Never Too Late: From Wannabe to Wife at 62