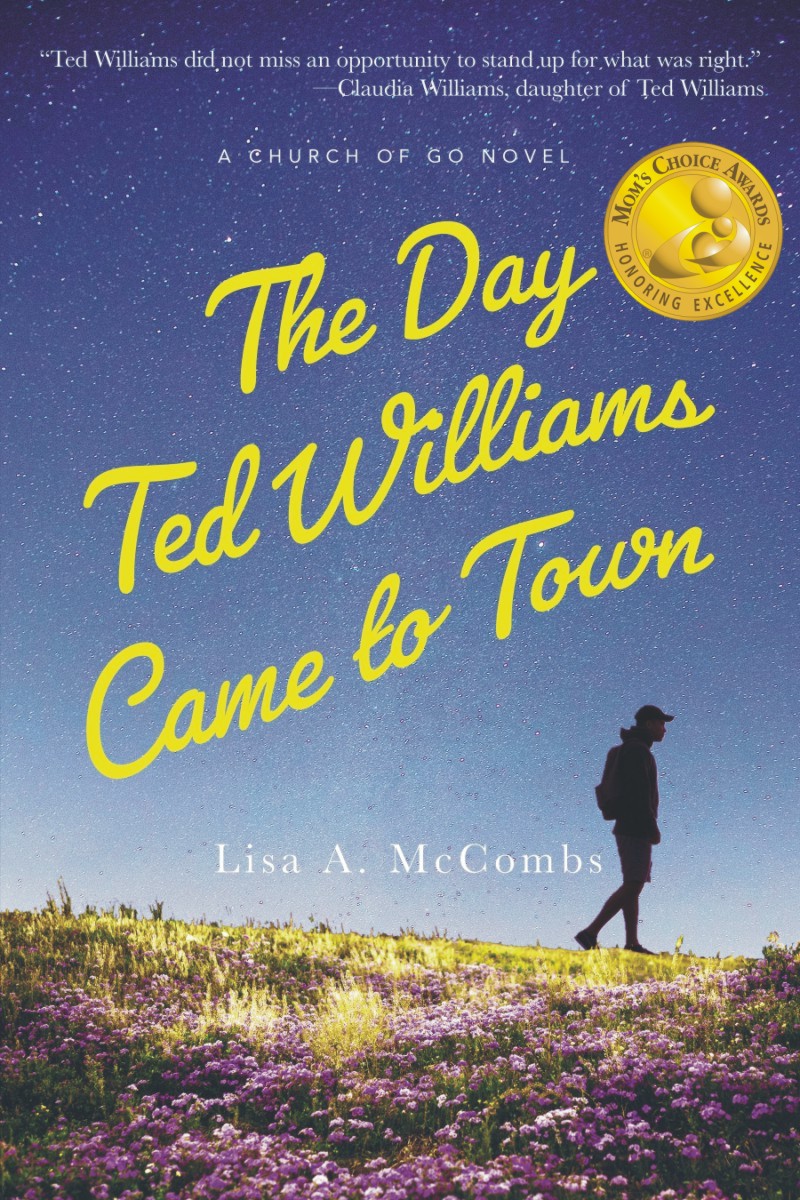 Zoom Into Books Author
Gold Mom’s Choice Award
Third in the Church of Go series, high school student Ted Williams moves to new town, gets arrested for breaking into the high school, and discovers he is related to baseball great, Ted Williams. Riveting story for all ages!

Whisked away from life in the city after he and his best friend are arrested for breaking and entering, high school senior Ted Williams plans to lay low until he can graduate and return to his chosen profession. City life is much more exciting than the small-town Ellison, West Virginia. At least he thought so until he met Grace, Nicco, and Pastor Larry. He finds out he might be related to a major league baseball Hall of Famer with his same name and, to his amazement, there is also a ghost haunting his attic bedroom.

"A kid copies what is good." – Ted Williams

“Ted Williams did not miss an opportunity to stand up for what was right.”—Claudia Williams, daughter of Ted Williams

"There was a Church of God I drove past numerous time, but one time there was something different about the sign. The 'D' from GOD had fallen down. As I'm driving home, sermon ideas began to run through my mind. 'Church of GO!' This is exactly what the big 'C' in Church should exemplify; Big 'C' meaning not just one singular church or denomination. The Church of GO will GO and make disciples of all nations, baptizing them in the name of the Father, Son, and Holy Spirit. The Great Commission Jesus gave was not for the Church to be a building, but a movement of love sending us on the GO!" – Pastor Larry Buckland, Life Church, Fairmont, WV

"With the passing of Ted Williams, America lost a baseball legend. Whether serving the country in the Armed Forces or excelling on the baseball diamond, Ted Williams demonstrated unique talent and love of country." – President George W. Bush

Award-winning author and veteran teacher of thirty-three years, Lisa A. McCombs had a front-row seat for adolescent angst until multiple sclerosis entered the picture and ended her beloved career as a public school teacher. Now Lisa communicates with her preferred age group through realistic fiction that covers speaks to the youth of today, yesterday, and tomorrow.

Watch HERE –I Have MS. What’s Your Super Power? Lisa McCombs reads from her common sense guide to living with multiple sclerosis

Bombs Bursting in Air (eBook)
I Have MS. What’s Your Super Power?

I Have MS. What’s Your Super Power? (eBook)
Praise Petals