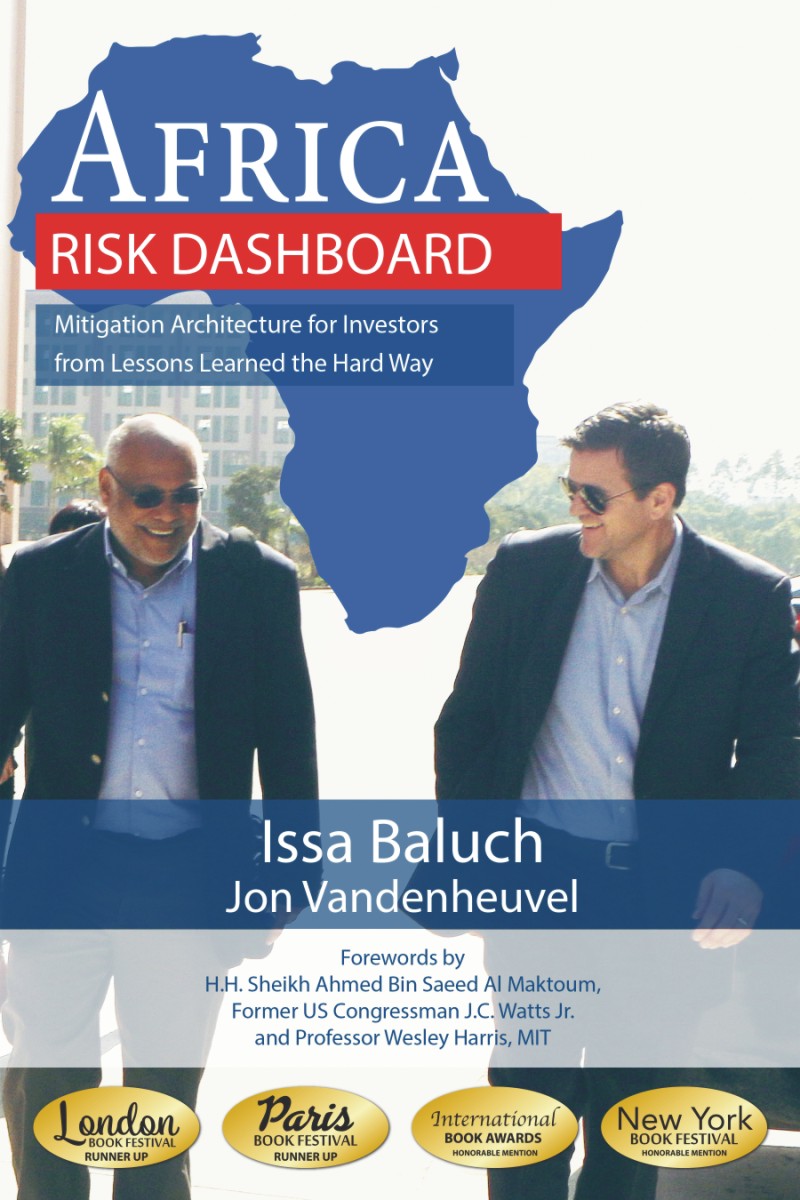 Mitigation Architecture for Investors From Lessons Learned the Hard Way


In the Africa Risk Dashboard, Jon and his colleague, Issa Baluch, have conducted a deep dive into the complexity of investing in Africa. Issa has been investing in Africa for more than forty years and has navigated some of the most difficult economies in Africa in the field of transport and logistics. As a team, Jon and Issa are tackling issues related to investments in agribusiness, infrastructure, and finance, and the role of public policy to advance private sector development and entrepreneurship in Africa.-- Foreword excerpt by J.C. Watts. Jr., Norman, Oklahoma

"The book is a valuable guide for investors in Africa wishing to create an environment for exponential growth." —Elizabeth Uwaifo, Attorney, London, United Kingdom

"I must commend this book to all academic colleagues researching, teaching, and studying African development, along with institutional investors and policymakers." —Dr. Wesley Harris, Professor, Massachusetts Institute of Technology

"No one has so thoroughly understood what it takes to invest in Africa than the authors. Their report is based in reality and not in theory. It is a must read." —Stephen Hayes, President Emeritus, Corporate Council on Africa

"Issa Baluch has been my mentor. What they teach us is how to provide peace-of-mind to business entrepreneurs on the African continent." —Anil Wats, Group Chief Operating Officer and Executive Vice President, Dubai Ports World

In 1989, Issa S. Baluch founded Swift Freight International, one of the top freight and logistics providers in the Middle East & Africa. He was president of the National Association of Freight Logistics of the UAE; and president of the Zurich-based International Federation of Freight Forwarders Associations (FIATA). Mr. Baluch has authored two previous books, Transport Logistics: Past, Present and Predictions, and Transport Logistics, the Wheel of Commerce. He has been a Senior Fellow of the Advanced Leadership Initiative of Harvard University and currently serves on the Dean’s Council at Harvard Kennedy School. He is Chairman of First Hectares Capital, AKILI, and the FIATA Logistics Academy.

Jon Vandenheuvel is CEO of First Hectares Capital. He is the founding Director of the Free Zone Investment Authority of the South West State of Somalia, developing infrastructure for post-conflict Somalia. He is co-founder of AKILI, served as Visiting Scholar for African Urbanism at MIT, and is also co-founder of Africa Atlantic Farms in Ghana. Mr. Vandenheuvel started his career on Capitol Hill in Washington, D.C