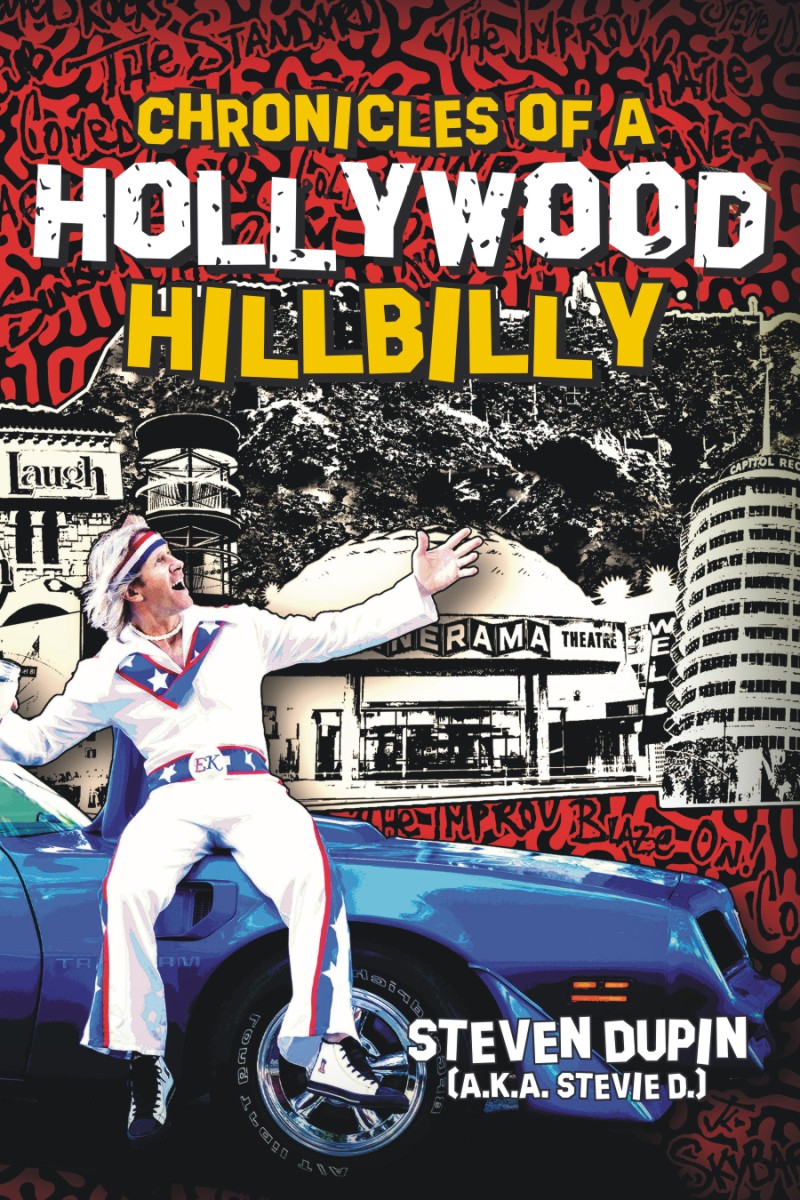 Chronicles of a Hollywood Hillbilly

Sequel to the award-winning Trans Am Diaries by Stevie D. which chronicles his journey of surviving prostate cancer through medical treatments and humor, Stevie D. brings his full-on comedy in this new book, Hollywood Hillbilly, so sit back and enjoy! This book will make you smile.

Sequel to the award-winning Trans Am Diaries by Stevie D. which chronicles his journey of surviving prostate cancer through medical treatments and humor, Stevie D. brings his full-on comedy in this new book, Hollywood Hillbilly, so sit back and enjoy! This book will make you smile.

Stevie D. and I go way back, from the Sunset Strip to filming Rockstars of Comedy. This dude has great taste in music, but questionable taste in hairstyles. He’s always been funny, but I’m surprised he wrote such a good book. —Bret Ernst - Comedian/Actor, Cobra Kai, Weeds, Vince Vaughn‘s wild west comedy show

Some of my funnest times in comedy have been spent playing the sidebar room at the Best Western in Hollywood. We were both starting out. I didn’t have jokes. And Stevie didn’t have jokes. But he had the arms. I eventually got better at jokes and so did Stevie...but I never got better at arms. It’s a privilege to be picked up in his Trans Am! This book is hilarious! —Jamie Kennedy comedian/actor, Jamie Kennedy Experiment, Malibu‘s Most Wanted, Scream, Uncomfortable

Stevie D is a man that sticks to his Rituals (hair flips), Standards (driving a Trans Am), and Values (making us laugh no matter what life throws at you)! A true hero, father, and brother to me! I loved reading his hilarious, crazy stories!—Candice Michelle - 2 Time WWE Champ, life champ coach, superwoman

The Trans Am Diaries