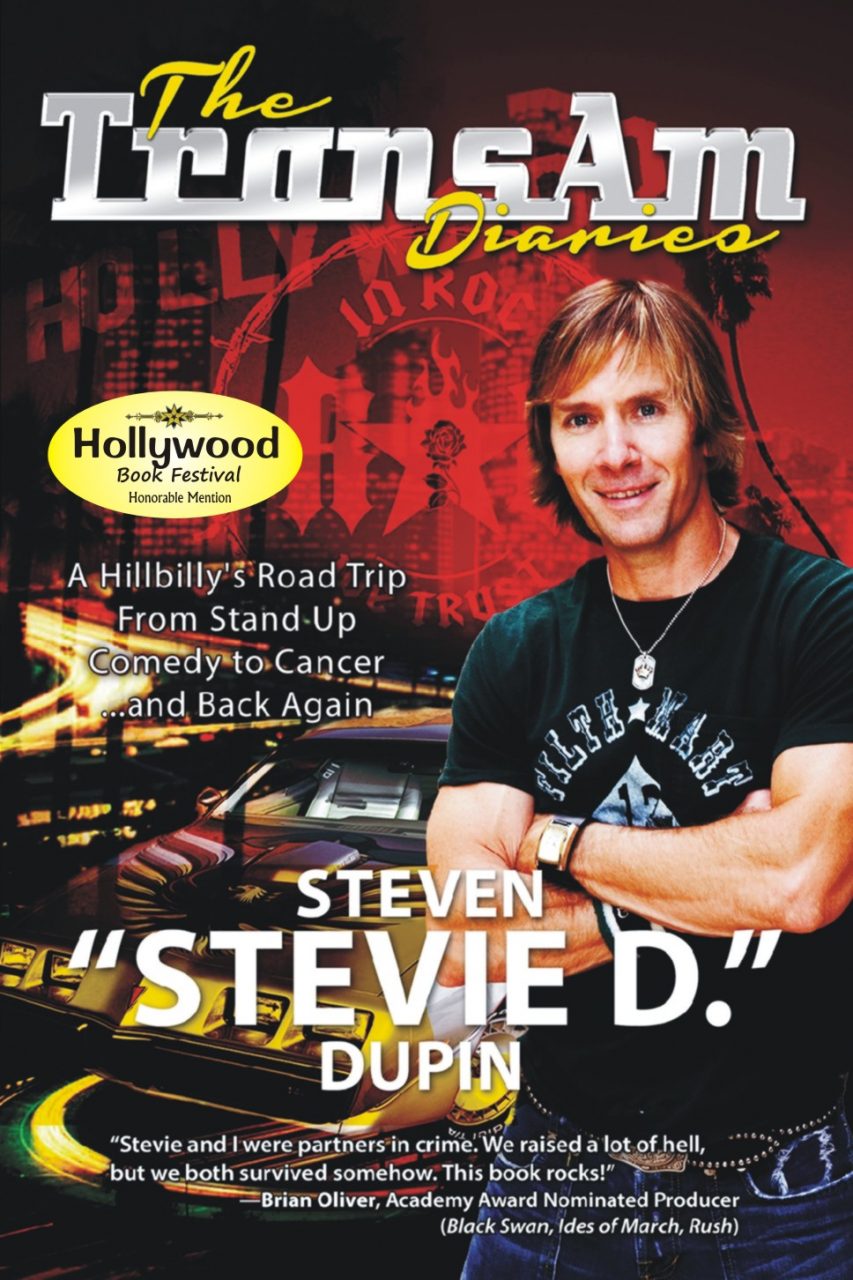 The Trans Am Diaries

Stevie D. thought he had made it. After leaving his small-town Kentucky home for the bright lights of Hollywood, this self-described "white trash hillbilly" rose through the stand-up comedy ranks to become a star on the Sunset Strip. Since the release of his successful concert-DVD, Rockstars of Comedy, Stevie began developing projects with rock legend Tommy Lee, UFC Champion Rich Franklin, Hot Rod Builder of the Year Troy Ladd and other celebrities. With a beautiful wife, he was also enjoying the greatest adventure of his life-fatherhood. Then, Stevie received the stunning news that his life might actually be nearing an end when he was diagnosed with prostate cancer at the young age of 42. A powerful story of survival, The Trans Am Diaries is a "stream of consciousness" direct from Stevie D.'s pen and is also full of laugh-out-loud stories about the entertainment industry and the colorful characters Stevie has met along the way including golfing with Eddie Van Halen and opening for Chris Rock on 60 Minutes.

What People Say
"This book is a must-have for anyone who is being tested. I call Stevie a machine gun of ideas, all of them good, all of them funny." - Arleen Sorkin, Actress (Days of Our Lives, The New Batman Adventures)

Stevie and I were partners in crime. We raised a lot of hell, but we both survived somehow. This book rocks! --- Brian Oliver, Academy Award Nominated Producer (Black Swan, Ides of March, Rush)

Be the first to review “The Trans Am Diaries” Cancel reply

Chronicles of a Hollywood Hillbilly