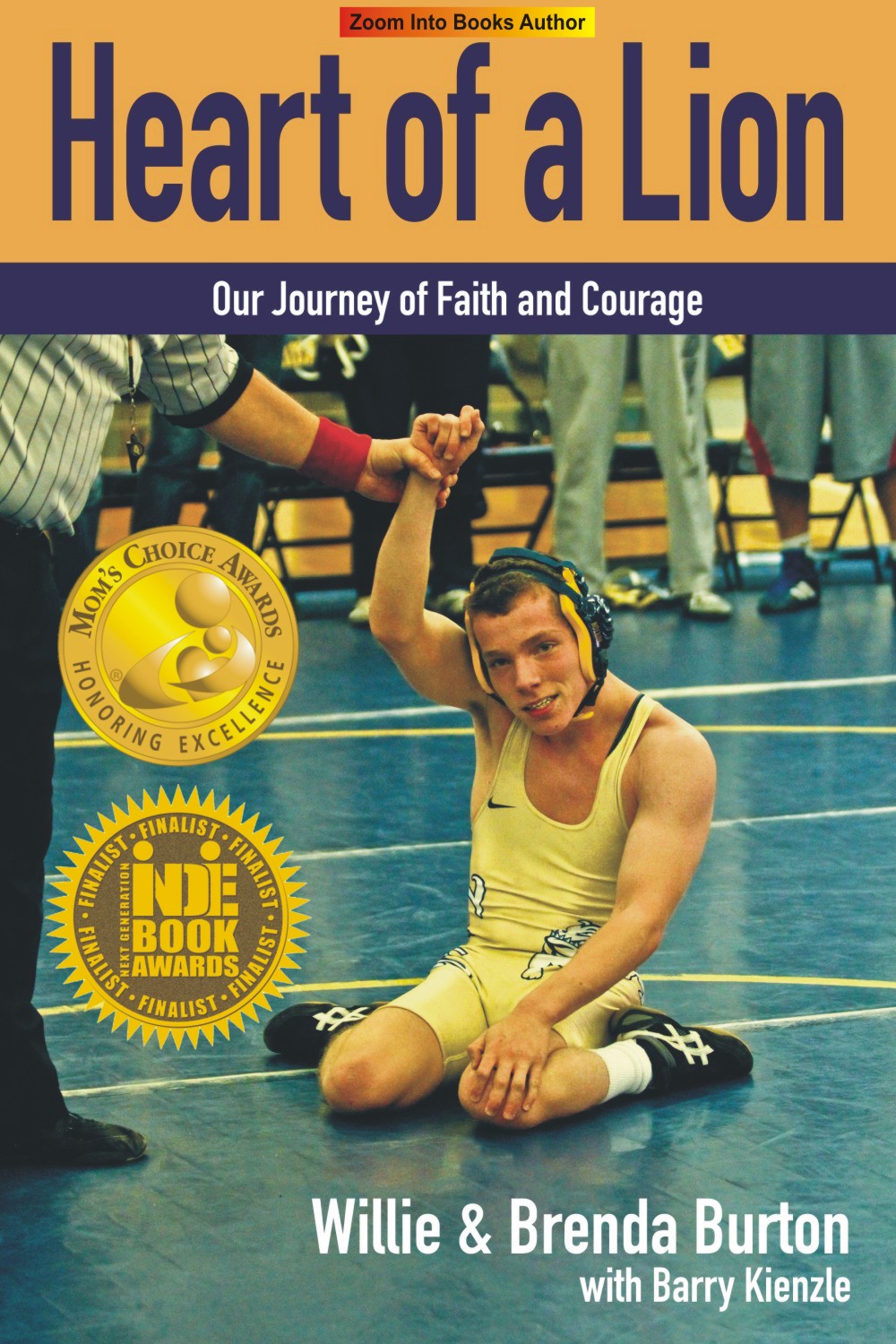 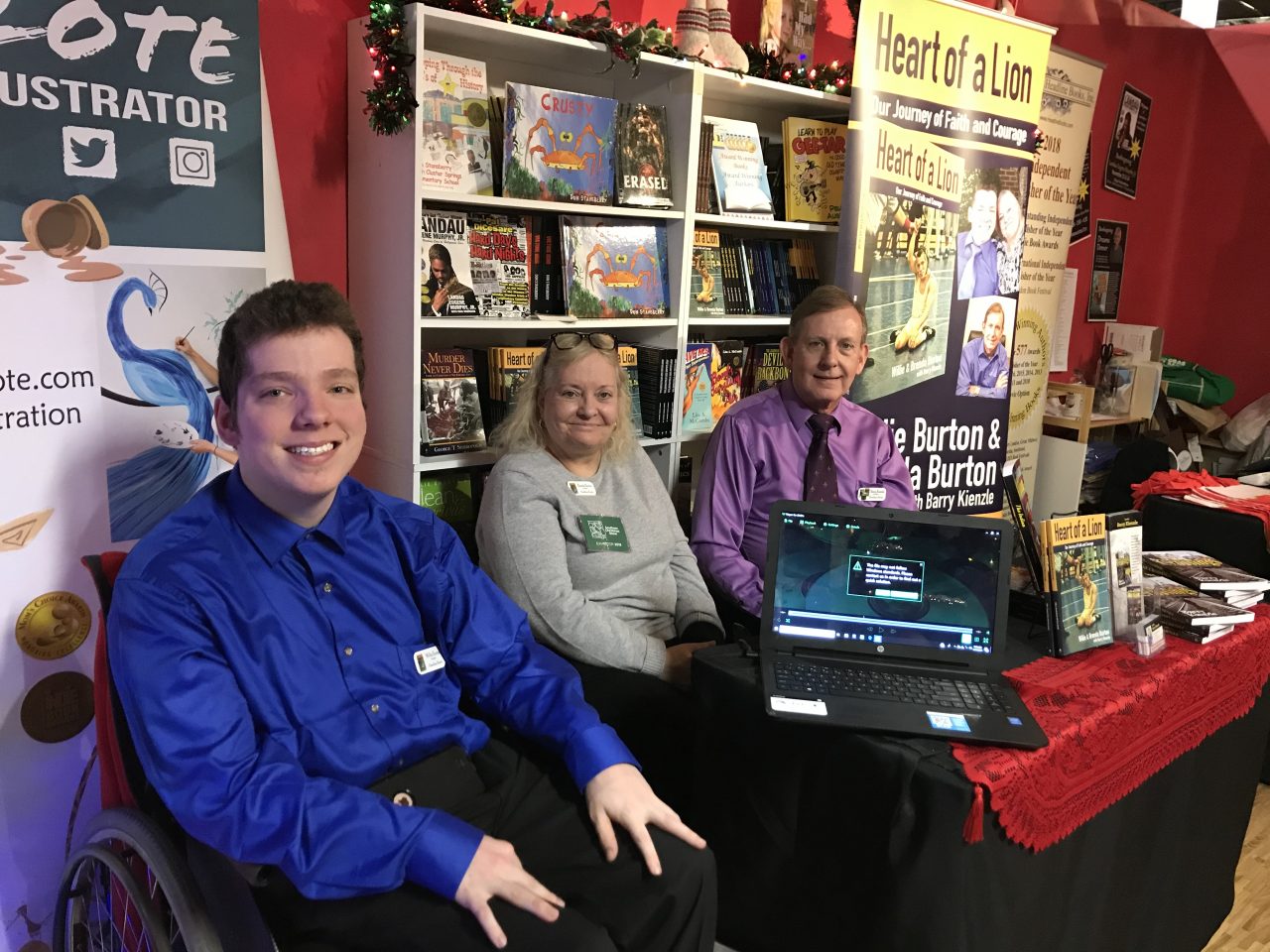 Heart of a Lion

Foreword by Dan Gable
Gold Mom’s Choice Award
Indie Book Award
Los Angeles Book Festival Award – Honorable Mention Best Memoir
Brenda and Larry Burton adopted Willie as a baby, a baby with the odds against his survival. This book is about their struggle, their victories and defeats together as a family, and the drive of a young man to be a wrestler. Award-winning author, Barry Kienzle, met Willie and his family and worked with them to write their story for the world to read.

Gold Mom's Choice Award
Indie Book Award
Los Angeles Book Festival Award - Honorable Mention Best Memoir
An inspiring story of overcoming life's hardships through faith and courage. Willie Burton was born with cerebral palsy. He suffered through painful surgeries and endless physical therapy sessions throughout his youth but his spirit and determination never wavered despite his disabilities. With the support of his adoptive mother, he signed up for the wrestling team at Fairdale High School where he was accepted by the team as an equal, later gaining national attention for his perseverance in order to win a single match on the mat.

"Willie's story is one that we all can learn from.  And there is a reason that Willie walks and talks differently than others - he is a wrestler.  And he's earned the distinction."  -Dan Lindberg, Feature Producer – E:60 | ESPN

"Disability is only in the eye of the beholder, and Willie proves it again and again. His life story is an inspiration not only to those with handicaps but to anyone who must overcome any challenges in their own life."  -Scott Casber, Sr. Vice President, Takedown Media

"Willie tackled every challenge put before him. The teen faced the ultimate test, though, when his determination to earn a place on his high school's wrestling team put everything on the line. He relied on his faith in God to help him prove that life would not ever pin him to the mat!" -Karen Kuhlman, Northern Kentucky columnist

Be the first to review “Heart of a Lion” Cancel reply

Barry Kienzle was born, raised and educated in northern Kentucky and is in every sense, a Kentucky boy, proud of his heritage and the state he calls home. As such, he is very familiar with its history and culture and feels honored that his first novel, The Crossings, is a story with northern Kentucky origins.

Barry studied Accounting at Northern Kentucky University, became a CPA and worked primarily in the accounting and finance areas in construction and real estate development companies, currently as a CFO. As he nears retirement, he is venturing toward a second career in writing and felt compelled to begin it with a novel about an amazing venture of his father’s who, in 1932 hopped a freight train and rode it to New Orleans to see the Mardi Gras.

Barry’s devotion to the community has led him to serve on many boards over time including Habitat for Humanity, senior citizens groups, school and other capital raising campaigns and other not-for-profit organizations. He currently serves on the Boards of Directors of both the Northern Kentucky University Foundation and the Bank of Kentucky. For more information visit Barry’s website HERE

The Crossings and The Indian   – the stories behind these two novels plus as the challenges of writing historical fiction.

Heart of a Lion – the story of Willie Burton, the high school wrestler who suffered with cerebral palsy and how his story has motivated others to overcome their own obstacles. Watch HERE

A Whisper In The Wind