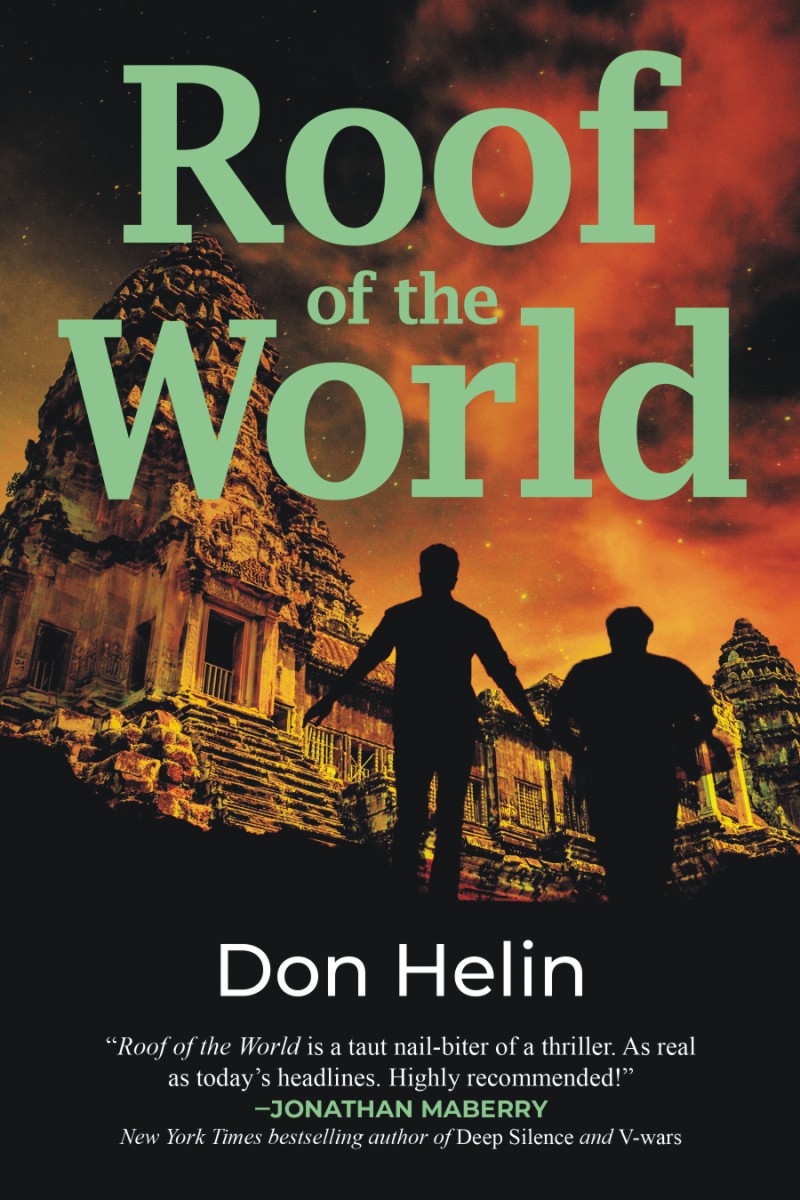 Roof of the World

“From the mystic hills of Tibet to the swarming alleys of Kathmandu, Roof of the World by Don Helin pulls you in and doesn’t let go.” —Bob Mayer, New York Times Best Selling Author of the Series Area 51.

Eleven o’clock at night. A knock at the door. Who would bother Cho’den, a ninety-year-old Tibetan woman living near Washington, D.C. at this hour? Did something bad happen to her son, a leader in the resistance movement against the Chinese control of Tibet? She opens, fearing bad news. Worse than bad news. It’s The Death Angel.

Suspecting a Chinese assassin to be openly operating on American soil, Colonel Zack Kelly, a member of the President’s national security team, is tasked to investigate the murder of Cho’den.

Accompanied by Skye Tenzin, an alluring Tibetan educated in England, the two depart for Tibet under the guise of tourists on vacation. Zack is thrust into a whirlwind of international intrigue, political maneuvering, and a seemingly endless army of Chinese assassins. When Zack’s host in Beijing is captured by the Chinese and Skye is arrested, Zack breaks for the border with Nepal with the Chinese Intelligence Services hot on his heels. Meanwhile, the Death Angel continues his deadly rampage in the U.S., closing in on souls near and dear to Zack.

"Don Helin’s explosive tale is a textbook international thriller cut from the same cloth as James Rollins and Brad Thor, teeming with classic villains matched by heroes every bit their equal. A thriller extraordinaire not to be missed." --Jon Land, USA Today bestselling author of the Caitlin Strong series.

“ROOF OF THE WORLD is a taut nail-biter of a thriller. As real as today’s headlines. Highly recommended!”--Jonathan Maberry, New York Times bestselling author of DEEP SILENCE and V-WARS

Be the first to review “Roof of the World” Cancel reply