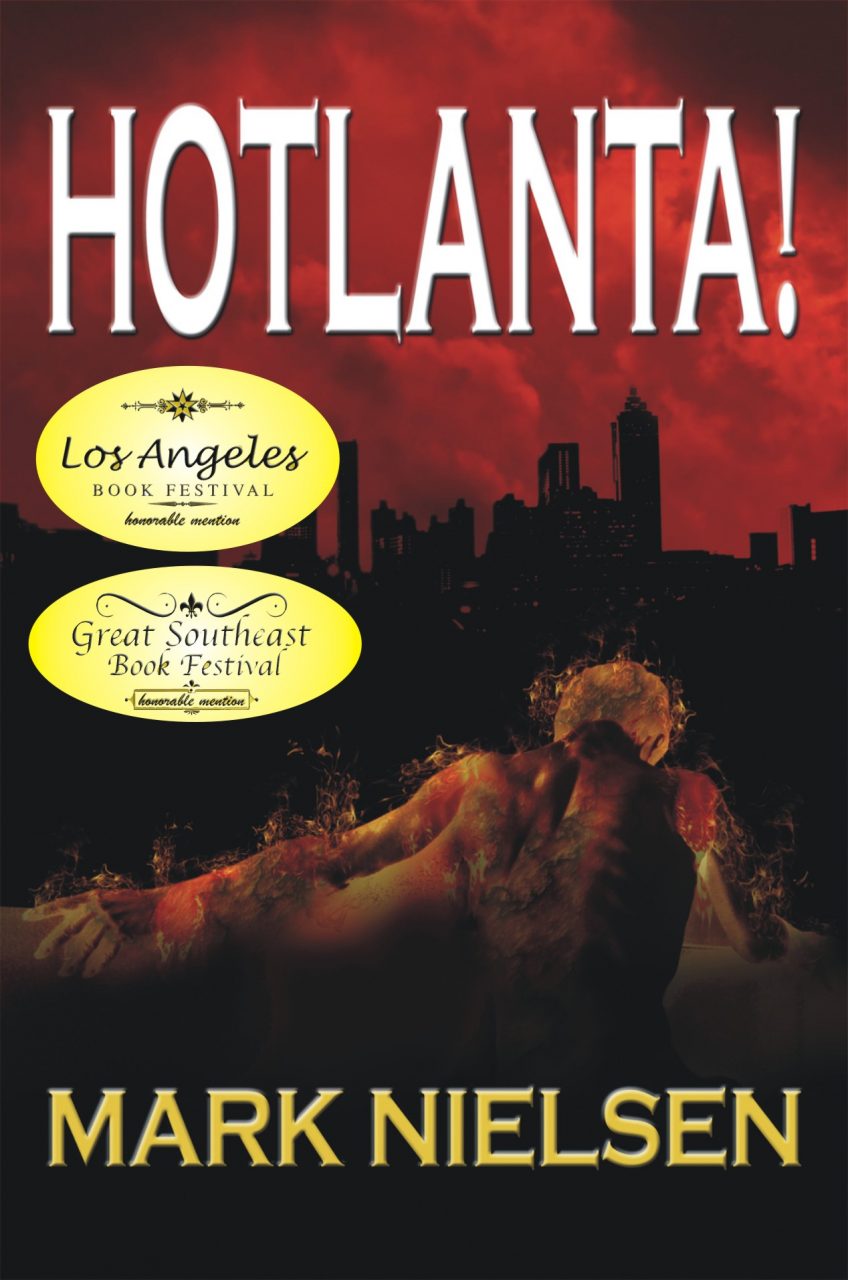 Murder, mayhem and mystery is a good description of Hotlanta! New author Mark Nielsen pens a page turning novel that will keep you up at night.

Murder, mayhem and mystery is a good description of Hotlanta! New author Mark Nielsen pens a page turning novel that will keep you up at night.

When Frank Sullivan agreed to have dinner that night with one of his editor’s friends, he had no idea it would end in murder. While waiting at the hotel bar, a woman who could have been Nina Selden’s double walks in and sits down beside him. Interviewing this famous sculptor had been his first assignment with the Atlanta Tribune, but he is surprised when she recognizes him and remembers vivid details of that interview—surprised because Nina Selden was killed fourteen years ago. She says she would love to chat, but she is already late for a seminar down the hall.

After Frank’s dinner companion fails to show, he is about to call it a night, when a disturbance breaks out at the seminar and the police arrive. Frank’s old friend, Lt. Dupree informs him that the woman he met at the bar had gone berserk, but that didn’t explain why Dupree, a homicide cop, was interested in a minor disturbance at the hotel. To explain, Dupree whisks Frank across town to the latest of three identical murder scenes, where the killer scrawls the phrase PR 3:33 over every surface of his victims’ bedrooms. Frank realizes why Dupree is involved, when the lieutenant shows him pictures from inside the ballroom. The woman he had met at the bar, whose real name turns out to be Lauren, wrote the same phrase all over the walls of the ballroom.

Frank is no stranger to serial murder. He almost single-handedly captured Robert Gorin, the so-called Riverside Strangler, but the case changed him, and he wants no part in another murder investigation. But Dupree and Lauren’s father have other ideas. As Frank walks the tightrope between these two men, falling ever more under Lauren’s spell, he comes to realize that dreams may fade and loved ones die, but something remains—something that will not be ignored.

Be the first to review “Hotlanta!” Cancel reply

Mark Nielsen is the author of twenty-three plays and musicals. His first play, Queen to King’s Rook Seven, took top honors in The University of Missouri playwriting contest and his works have been produced at theatres throughout the southeast.

He is a graduate of Duke University, where he studied creative writing under novelist Reynolds Price, and holds a masters in creative writing from The University of North Carolina. He has taught writing on the secondary and college levels for a number of years.

Hotlanta! is Mr. Nielsen’s first novel and he is currently working on two other mysteries.