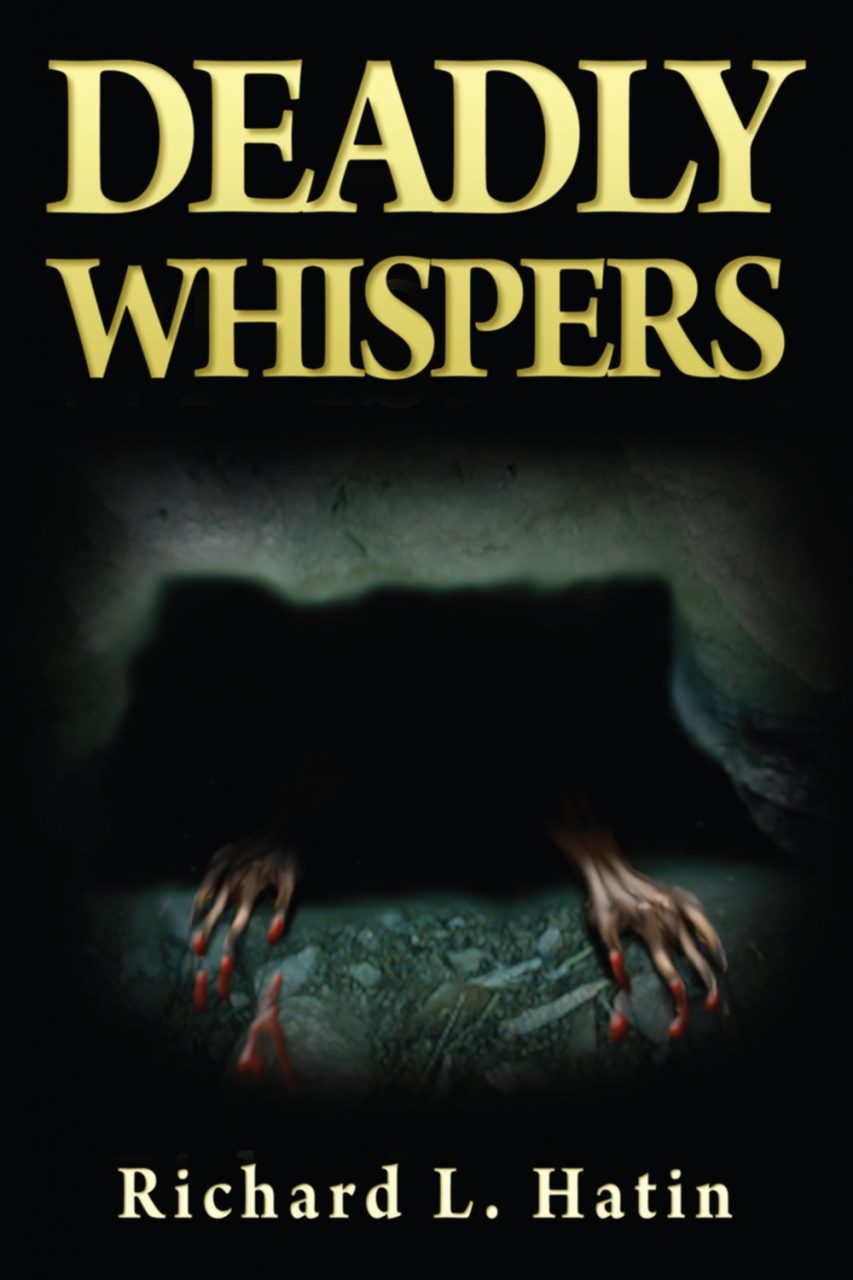 Unearthly beings, an ancient Indian curse, and four teenage boys in the summer of 1962 begins a heart stopping story of horror that plagues the boys into adulthood.

Unearthly beings, an ancient Indian curse, and four teenage boys in the summer of 1962 begins a heart stopping story of horror that plagues the boys into adulthood. Now in their early sixties, the boys return to Winooski, Vermont to confront their childhood fears and protect those they love. Richard Hatin has all the elements of page turning horror fiction and it's guaranteed to make you wonder what you would do if you heard deadly whispers in your mind...how would you fight it?

"Richard Hatin fans rejoice! He's done it again. Deadly Whispers is a thrill-loaded, pulse-pounding, race by four boys between a harmless foray into a cave in 1962 and the unspeakable horror that will haunt them for the rest of their lives. Set time aside when you pick up this one because you won't be able to put it down!" —Don Helin, award winning author of Devil's Den and Thy Kingdom Come

"Richard Hatin's Deadly Whispers reminds you what it was like as a child to have the hair stand up on the back of your neck at the fear of what might be living underneath your bed. It is a riveting story that will make you think twice about a career in spelunking!" —Rick Robinson, international award winning author of Alligator Alley and Writ of Mandamus

Be the first to review “Deadly Whispers” Cancel reply

Award-winning author, Richard Hatin, gets inspiration from his environment and his faith. His previous thrillers, Evil Agreement and Deadly Whispers are horror tales that keep you at night but always make you think about the righteous and the damned. Deadly Whispers was named Runner Up for Best Fiction at the Halloween Book Festival—also garnering Honorable Mentions for Best Fiction at the Los Angeles, Great Southeast and San Francisco Book Festivals.

He is a member of the International Thriller Writers, Mystery Writers of America, and the New Hampshire Writer’s Project. He lives with his wife, Anne Marie, in Hooksett, New Hampshire and together they have three sons, and three granddaughters.

Next In Line (eBook)