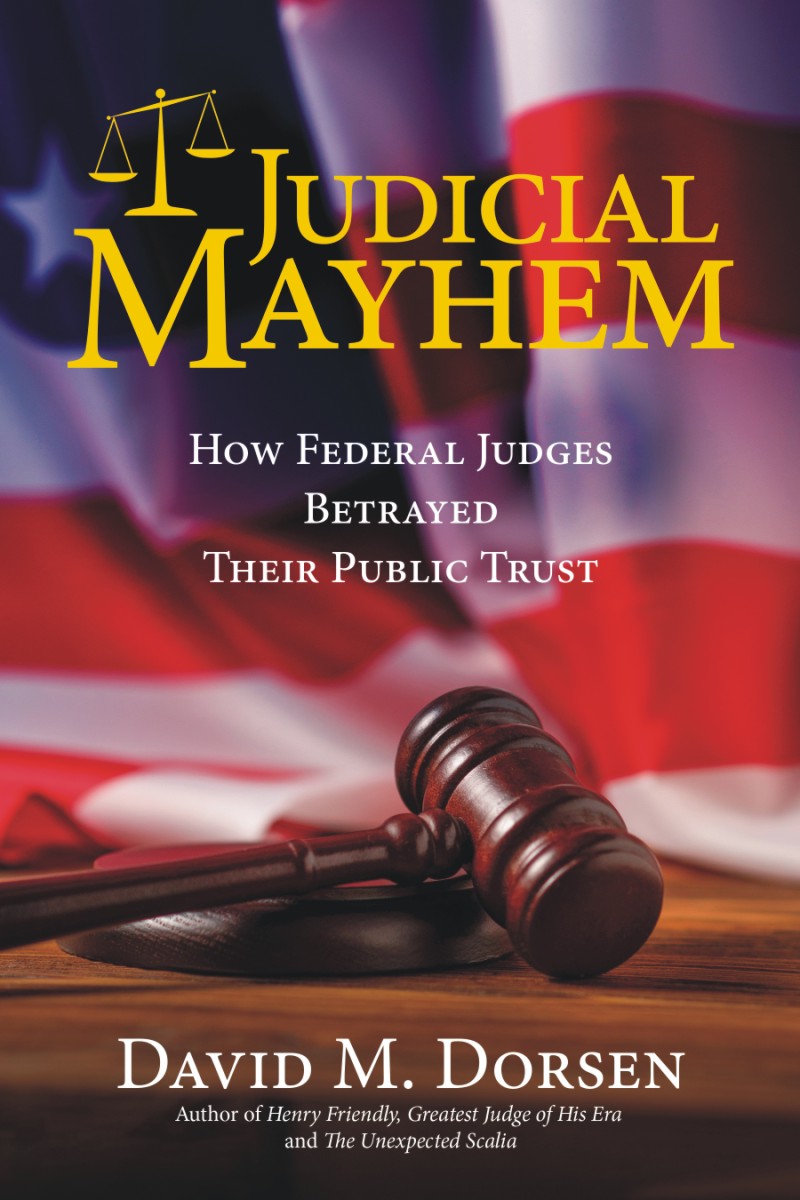 David Dorsen, a former prosecutor who won fame as a top attorney for the Senate Watergate Committee, has written a new book about the miscarriage of justice in a white-collar case. It is an important account of how the federal-court system can malfunction. Everyone concerned about fair-handed justice should read this. — Elizabeth Holtzman is a former U.S. Congresswoman and District Attorney of Brooklyn, NY

David Dorsen’s book is extraordinary and almost certainly unique. He tells the story of Michael Lauer, who came to this country in 1971 at the age of 15 from behind Russia’s Iron Curtain penniless and speaking no English. Lauer worked his way through the City College of New York by driving a taxicab, entered the world of finance, and succeeded beyond his wildest dreams. Lauer made his fortune the hard way, honestly. But, as Dorsen explains, Lauer’s dream became a nightmare, when an overzealous Securities and Exchange Commission and misguided Department of Justice targeted him. The American judicial system failed Lauer by trashing the rule of law. -- John W. Dean is former counsel to President Richard Nixon and has written thirteen books, including Without Honor

David Dorsen presents in detail why he believes that, because government personnel concluded that his client Michael Lauer was guilty of securities fraud, they disregarded or evaded established rules and procedures to “nail” the presumed culprit. Our legal system will remain worthy of trust only if claims of miscarriage of justice are professionally examined, as in this book, which is well written and eminently readable. --Abraham Sofaer is George P. Schultz Senior Fellow Emeritus at the Hoover Institute, Stanford University, and a former United States District Judge, Southern District of New York, 1979-1985

David Dorsen, who has written penetrating books on Justice Antonin Scalia and Circuit Judge Henry Friendly, presents allegations I’ve never seen in my decades in the world of finance. Dorsen describes how federal judges wiped out three flourishing hedge funds, their investors, and their manager, who had never been sued or even accused of wrongdoing. It is a must read. --Stanley S. Shuman is a senior advisor and chairman emeritus of Allen & Company.

Be the first to review “Judicial Mayhem: How Federal Judges Betrayed Their Public Trust” Cancel reply

David Dorsen is a graduate of Harvard College and Harvard Law School, and was an editor on the law review. He served as an Assistant U.S. Attorney and Assistant Chief Counsel of the Senate Watergate Committee in addition to his years in private practice. His clients have included General William C. Westmoreland, John and Maureen Dean in a libel suit against G. Gordon Liddy and others, and a corporation (IMIC) owned by the Hunt brothers and Arab sheiks during the collapse of the silver market. He is the author of several books including The Unexpected Scalia: A Conservative Justice’s Liberal Opinions and a novel, Moses v. Trump.