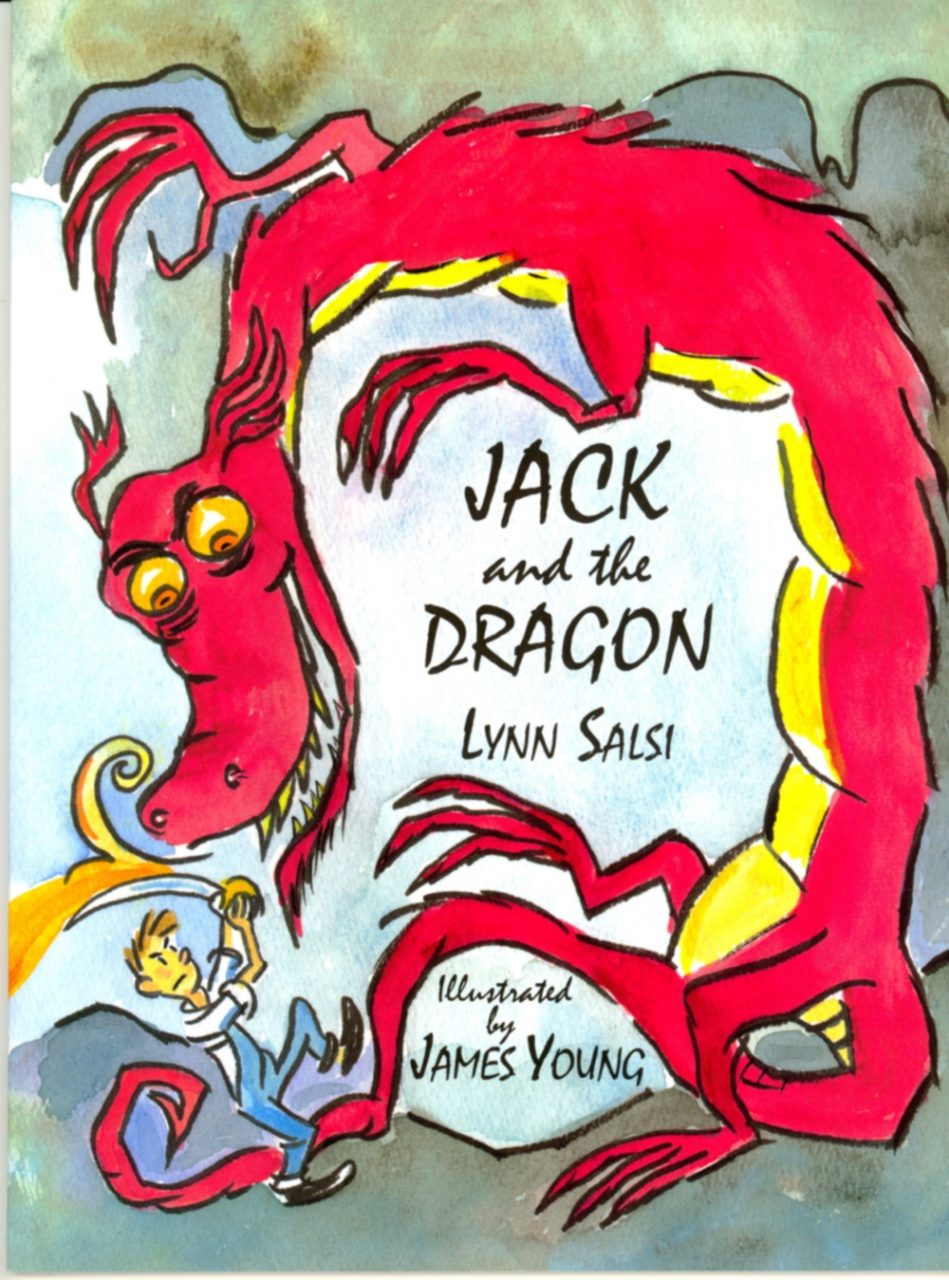 Jack and the Dragon

Jack and the Dragon is an American traditional Jack tale told twice. The story passed to Lynn Salsi by way of an old tale told by Appalachian Mountain Settlers in the 1700s. Jack usually encounters a villain in the shape of a giant man who stalks into people's homes when they least suspect it. He may borrow something or eat their dinner. The late Ray Hicks of Beech Mountain, North Carolina, considered the greatest American storyteller of his time, and his granddaddy Benjamin Hicks called the character a "Draga Man" or "Dragon Man" who filled his pipe with coals from Jack's fireplace. Jerry Harmon said his grandpa, Ben Harmon, called the character a "Draga man" with a beard down to his knees.

In this story, Lynn Salsi and James Young have given the trickster, Jack, enough powers to confront a magnificent dragon with flashing yellow eyes. This amazing story will enchant young readers and story listeners.

The original "Fire Draga' Man" tale can be found in Appalachian Jack Tales Told by Hicks, Ward, and Harmon Families by Lynn Salsi with illustrations by James Young,

In this delightful retelling of an ancient traditional story, Jack, learns how to best a dragon and his two older brothers. Readers will enjoy the extra touch of magic in the gifts Jack receives.

Be the first to review “Jack and the Dragon” Cancel reply

Lynn Salsi, author of 19 books, is the recipient of many writing awards, including an American Library Association Notable Book Award and Historian of the Year. In 2009 she was nominated for a Pulitzer Prize for The Life and Times of Ray Hicks, Keeper of the Jack Tales. Other awards include the North Carolina Historian of the Year, the Jacqueline Lougheed World Understanding Lecturer (International Alpha Delta Kappa), an American Library Association Notable Book Award, eight Willie Parker Peace History Book Awards, a Stars and Flags gold medal, and a gold medal from the Military Writers Society of America. Lynn is known for retelling ancient tales of America’s first settlers and for her travels to 18 countries to study global stories.

Jack and The Giants – Watch Here