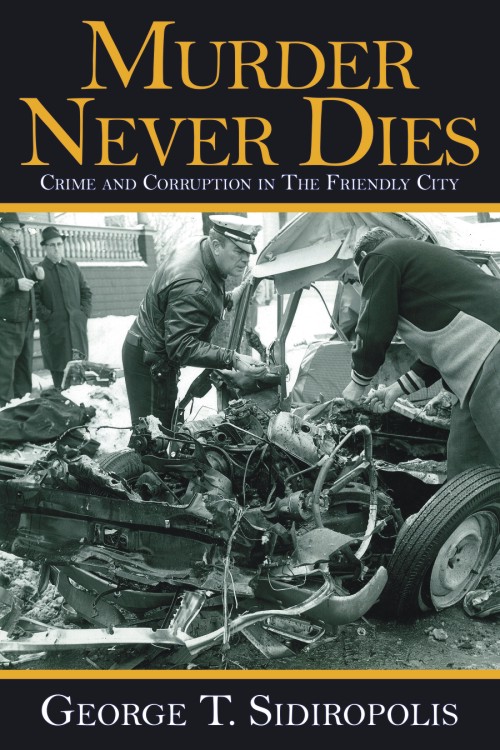 Crime and Corruption in the Friendly City

Author and researcher, George Sidiropolis, exclusively reveals a previously hidden and shocking truth in his new book, Murder Never Dies—a detailed chronology and factual account of decades of rampant virgin crime and corruption in a city that became known as “Little Chicago.” The research illustrates a life experience of virtuous people who suffered unfairly and were shamefully abandoned. Their profane and immunized guardians engaged in wholesale bribery and unlimited decadence that made the city a bread basket of crime. Wheeling, WV, was forever changed.

“Anyone interested in true crime, American history, or just plain good writing will enjoy Murder Never Dies, a fascinating story presented by the man best qualified to tell it.”

—Jeff Guinn, New York Times bestselling author of Manson and Go Down Together: The True Untold Story of Bonnie and Clyde

“An excellent account that deserves praise. A fascinating expose and engrossing story.”

—William Gaston Caperton III, Governor of the state of West Virginia, Fellow at Harvard University and President and CEO of the College Board

“This captivating historical work takes the reader back in time to the days when organized crime ruled Wheeling West Virginia. A book you absolutely cannot put down.”

George T. Sidiropolis was born in Baltimore. Maryland and moved to West Virginia at an early age. By the age of 20, George became the youngest Executive Director of Public Housing in the nation. After serving 25 years in this capacity, he was appointed Commissioner of the Division of Motor Vehicles for the State of West Virginia by Governor Gaston Caperton. Over the course of his career as a civil servant he worked closely with five governors. Specifically, he served as Assistant to the Secretary for the Department of Transportation, Senior Aide to the Governor, Member of the State Parole Board and Chairman of the State Racing Commission. He is a graduate of West Liberty University. He and his wife Donna are the parents of two children, George Nico and David Alexander and guardian of their nephew, Mark Thomas Sidiropolis.