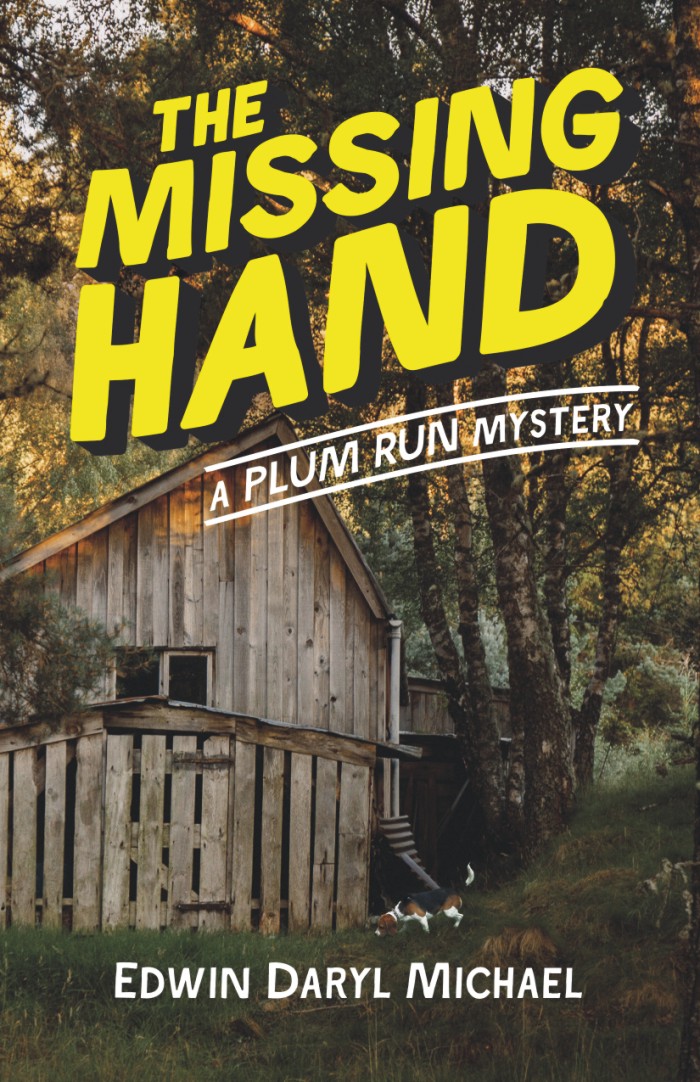 A summer with Grandma and Grandpa turns out to be quite the adventure for young Daryl. A mystery that threatens his life and those around him is finally told.

The Missing Hand: A Plum Run Mystery --A summer with Grandma and Grandpa turns out to be quite the adventure for young Daryl. A mystery that threatens his life and those around him is finally told. Daryl was 10 years old that summer in 1948, when his hound came trotting through the woods with a human hand in its jaws – a shrunken, well-preserved brown hand. The local physician, the Marion County sheriff, a university biology professor, and scientists from Pittsburgh Carnegie Museum all examined the hand, but none could identify its age or means of preservation.

That summer on his grandparents West Virginia farm was a memorable one, and until now, Daryl had never told a soul about his encounter with a murderer and how he escaped with the help of his trusted hound, Bonnie.

Be the first to review “The Missing Hand” Cancel reply

Dr. E. D. Michael was born in West Virginia on Plum Run, Marion County, and received a B.S. degree in Biology from Marietta College and M.S. and Ph.D. degrees in Wildlife Ecology from Texas A&M University. He taught at West Virginia University from 1970 through 1998. Following retirement, he became a part-time resident of Canaan Valley and conducted numerous scientific studies on the ecology of snapping turtles in that unique ecosystem. That research formed the basis for his first historical novel, A Valley Called Canaan: 1885-2002. His 50-year career as a wildlife biologist resulted in more than 100 publications, both scientific and popular. One of his major contributions involved surveys to document the distribution, life history, and ecology of the endangered, West Virginia northern flying squirrel. Dr. Michael continues to be an active outdoorsman, researcher, and writer, concentrating his efforts on wildlife of the central Appalachian Mountains. He is also author of The Last Appalachian Wolf.