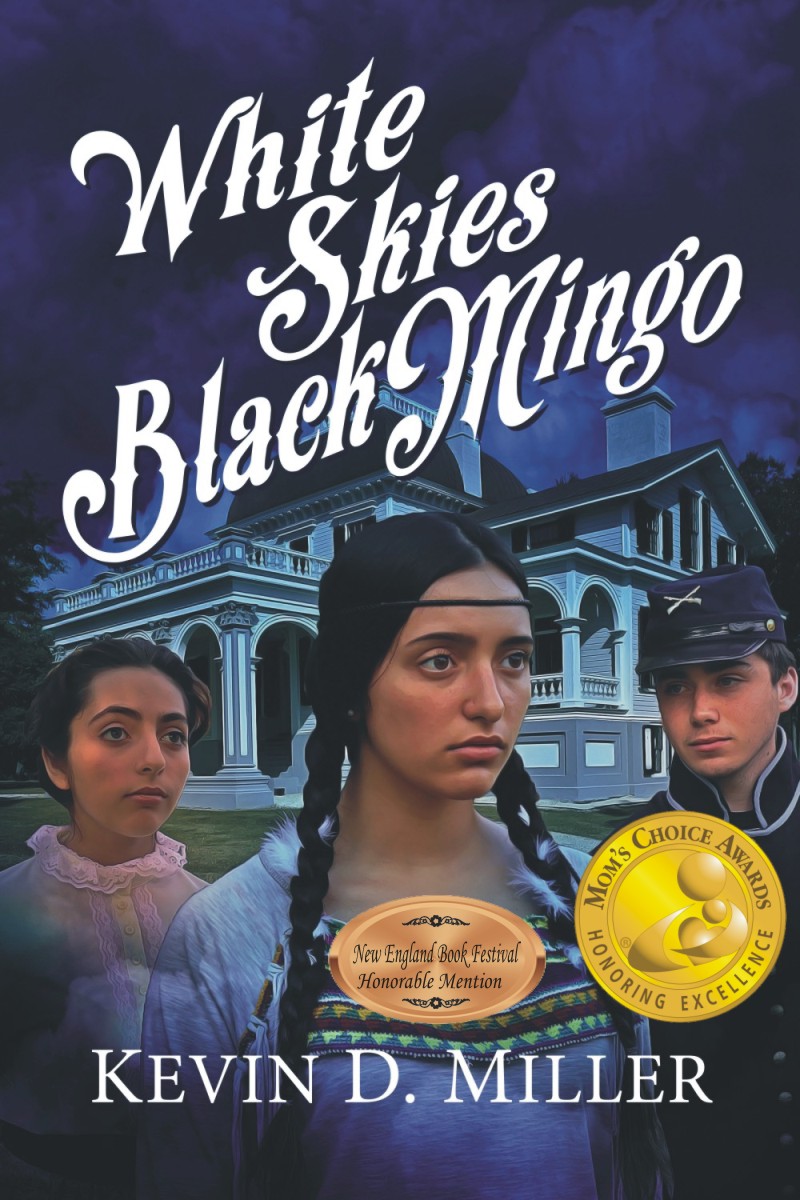 Set in the 1800s, a young Native American girl from the Ohio Seneca tribe flees an epidemic with her mother and grandmother and after being orphaned, ends up in the darkest hours of the Civil War. Fascinating read based on the author’s family history.

In Ohio Country, 1854, twelve-year-old Margaret flees a terrible epidemic devastating her Ohio Seneca clan. Mentored in the ancient arts of medicine and healing at a young age, she travels to Wheeling, Virginia, in search of a new life with her mother and Shaman grandmother.

When Margaret finds herself suddenly orphaned, she is thrust into the wilderness and an impending winter storm. Abandoned amid fur trappers, wild animals, and fierce weather, she struggles to survive the treacherous journey along with her two beloved wolves, Hato and Kake.

An unexpected betrayal leads Margaret into servitude on a Virginia plantation. Her captivity changes the course of her life forever and sets her on a path of mercy as a medicine woman during the darkest hour of American History—The Civil War. A chance encounter with a Union soldier leaves Margaret torn between two very different worlds and one very forbidden love.

“From the first moment you meet Native American Kateri (Margaret) in Kevin D. Miller’s novel White Skies, Black Mingo, the young heroine’s spirit and courage will captivate you. Miller’s gripping writing will take you on a thrilling adventure of danger, American history, redemption and love. You will be completely enthralled.” —Ty DeMartino, Screenwriter/Playwright

“Kevin Miller does it again! His follow up to Heart Of Steel takes readers on an incredible journey back into the 1800s with a young Native American girl from the Seneca tribe and follows her into the darkest hours of the Civil War. White Skies, Black Mingo is a real page-turner!” —Burke Allen, Allen Media Strategies

If you’re looking for a book that’s 100% satisfaction guaranteed, look no further than White Skies Black Mingo! From the first page to the last, I was drawn into a world populated by characters who stole my heart, living a story that kept me on the edge of my seat. I won’t be forgetting this book anytime soon and neither will you! —Dreama Denver, award-winning author and wife of late TV icon and Gilligan’s Island star Bob Denver

White Skies Black Mingo is the second book after Heart of Steel that author Kevin D. Miller has penned.  Dealing with a story from the 1800s, Miller’s characters are deeply thought out and the way he tells the story of the young heroine is captivating.  On a side note, I was excited to explore a bit of West Virginia in this novel. Hope you enjoy White Skies Black Mingo as much as I did.  --Kevin Sizemore, Actor, Producer, Director