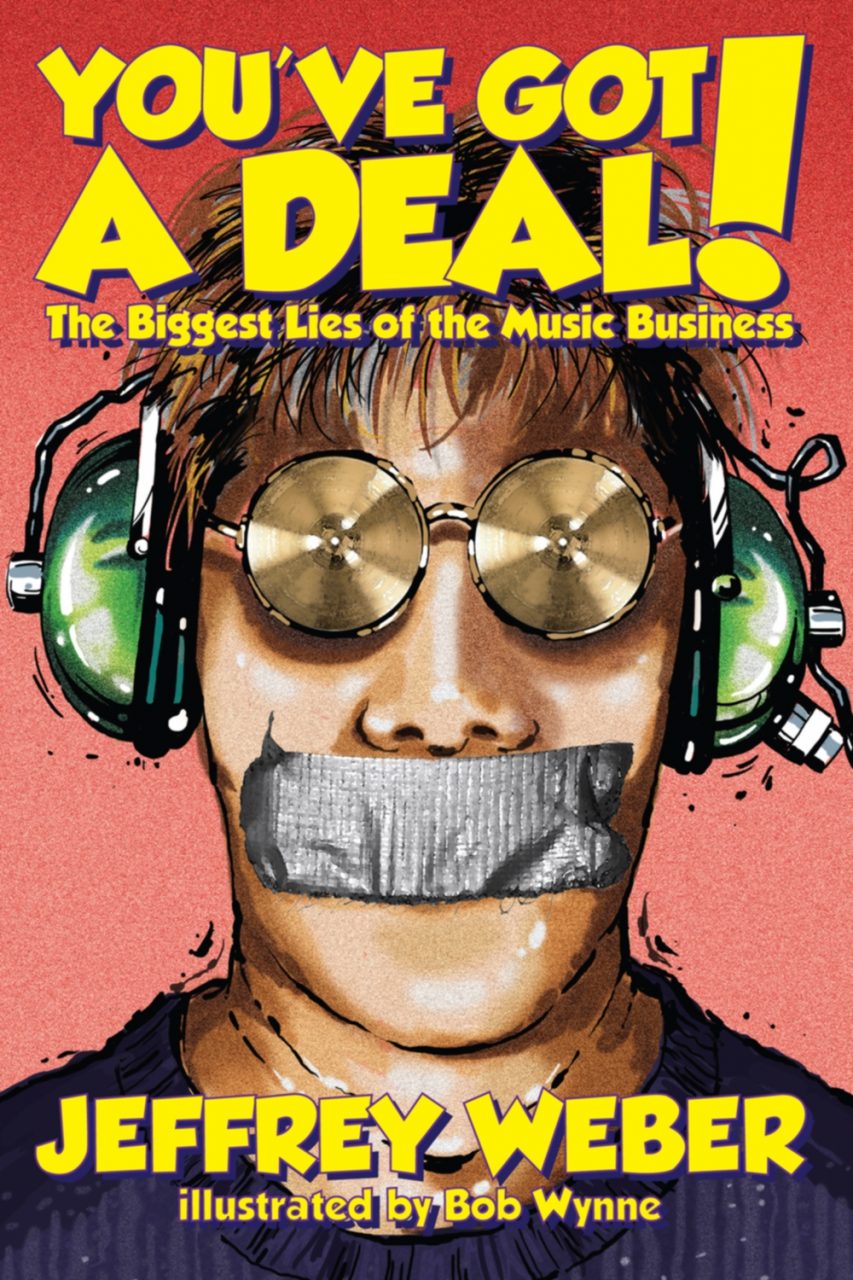 You’ve Got A Deal!

The Biggest Lies of the Music Business

You've Got A Deal! The Biggest Lies of the Music Business is a lighthearted stomp through all the lies that award-winning producer Jeffrey Weber has been telling artists for over thirty years and 180 CDs. Also included are the lies artists and record companies have been telling him for ages, along with all the lies he's heard on the road. A wealth of musician and industry anecdotes, stories, jokes, illustrations and a whole lot more round out the book. Survive, flourish, and laugh in the unpredictable world of making music.

What People Say
As a former wanna be rock star who was forced by my lack of musical talent to take a different path and eventually become a Fortune 500 CEO, reading this book brings back lots of great memories- and also confirms that I was fortunate to get out of this completely dysfunctional industry. Jeff Weber has captured the spirit of the music business and rolled it up into a hilarious package. I laughed until I cried, largely because so much of it is SO accurate!
George Jones - Former CEO, Borders Books

Jeff Weber has told me many lies over the years, so he knows what he's talking about.
Stephen Hunter - Pulitzer Prize Winner, author of Soft Target.

Jeff Weber knows how a lie looks from both ends. It's very likely that his name is not Jeff Weber and he didn't write this book. But then I'm not Hugh Laurie either, so we're quits. Read, laugh and enjoy!
Hugh Laurie - Musician, Singer, Actor

Comedy is music, and Jeff Weber hits every note and beat - a xylophone riff on the funny bone.
Don Winslow - Author of Savages.

Jeff's timing is perfect...he's written a very light-hearted and funny book about our business--exactly at the moment when we really need to have a good sense of humor about it all. Except for pages 77-82 when he rips us sax players, (How dare you?!), I'd highly recommend this book for anyone needing a good chuckle. It might just be the ticket out of this mess.
Dave Koz - Musician, Songwriter, Entrepreneur

After reading Jeff Weber's You've Got A Deal! The Biggest Lies of the Music Business, I had the same fear of the book that someone had of Budd Schulberg's cautionary tale of a deceitful Hollywood player. The fear is that instead of reading it as a cautionary tale, someone will read it as a How-To book. And find great success as a result.
Bill Fitzhugh - Producer/Host of Sirius/XM Radio's All Hand-Made Vinyl.

This little book has every good lie ever told in the music biz. Great if you're a musician, a producer, or just want to pretend you're in the music biz so you can meet girls. Buy it and start memorizing at once.
Robert Ward - Author of The Best Bad Dream and Renegades

Considering You've Got a Deal! The Biggest Lies of the Music Business is about the art of falsifying, Jeff Weber's well-earned funny riffs on the music biz rings true. No false notes.
Gary Phillips - Author of The Perpetrators

Jeff Weber's You've Got A Deal! The Biggest Lies of the Music Business is seriously funny. "Seriously" because it draws on Jeff's three decades of music-business experience; "funny" because...well...it's funny!
Jon Winokur - Author of The Portable Curmudgeon and co-author of The Garner Files: A Memoir

Be the first to review “You’ve Got A Deal!” Cancel reply

Jeffrey Weber has been a widely-recognized music industry professional for almost forty years. He has produced over 190 CDs with releases on just about every major label as well as a host of independent labels. Along the way, his projects have yielded two Grammys, seven Grammy nominations, at least seventeen top ten albums, two number one albums and an assortment of other honors.

The Biggest Lies of the Music Business – and other nonsense, flights of fancy and especially, how to survive and thrive in music!

How to survive and thrive in music!
Behind the scenes of Music TV Competition Shows – Watch HERE on YouTube
Good News About the Music Business!

Pandemic Side Effects: A Tragic Comedy of Unintended Consequences

You Sound Amazing: Every Single Lie of the Music Business