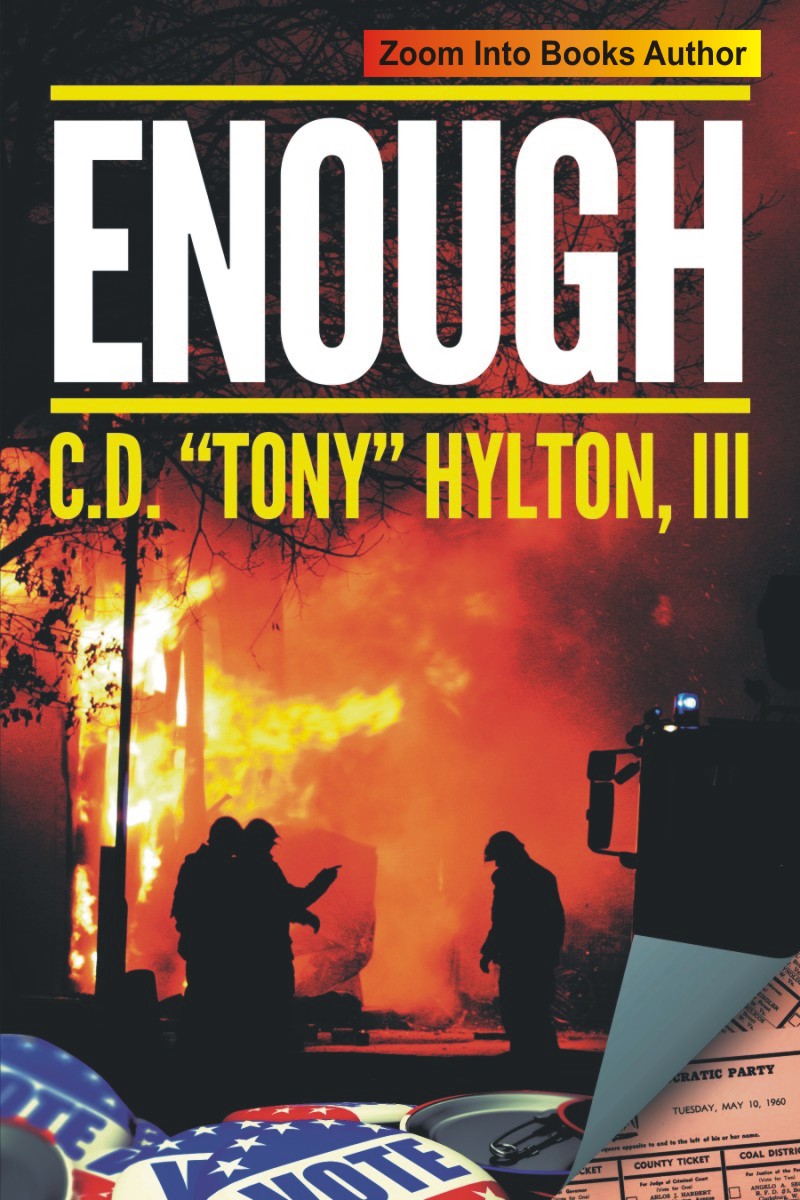 Watching flames leap into the spring sky as his dream turned into a nightmare was not something that Rick Hill thought about when deciding to leave a comfortable job with large company to join his father in buying a small town newspaper in Lawnsville, West Virginia.

Rick Hill would face corrupt politicians clinging to political power who would set in motion a conspiracy to burn the Lawnsville Crier to the ground to eliminate it as a source of truth in Jordan County as well embark on a plot to murder him on a deserted country road.

Could the black ink of the Crier pages overcome the mountains of election cash spent to keep the corrupt political machine in power? Was it possible that We the People would say enough and with their ballots defeat the crooks that had ruled over them for years?

Rick Hill had little confidence they would.

Be the first to review “Enough” Cancel reply

Examining the mysterious world where politics and news media collide

An experienced journalist, Tony has served as a Visiting Professor of Journalism and Public Relations at Susquehanna University, a small town newspaper publisher, National Communications Director for a trade association in Washington, DC and Public Information Officer (PIO) for a major U.S. Army Command in the Republic of Vietnam.

As an expert on the news business, Hylton’s entertaining presentation examines how “Fake News” was added to our Nation’s political lexicon and discusses Freedom of the Press and what moved our founding fathers to make it part of our First Amendment rights.   He examines the troubling demise of local newspaper and its negative impact on small communities across the country.

His political experience provides Tony with a behind-the-scenes view of the rough and tumble world of southern West Virginia politics in the historical 1960 Democrat Presidential Primary which vaulted John F. Kennedy into the White House. A native West Virginian, he has served in the West Virginia House of Delegates and was a candidate for the West Virginia State Senate.

Tony will also discuss his recently released novel –   Enough –about a small town newspaper publisher who takes on a crooked political machine in a fictional southern West Virginia county. As a result of this principled brand of journalism two political kingpins set in motion a conspiracy that burns the paper to the ground and hatches a plot to murder the young publisher on a deserted country road.

His presentation is tailored to the needs of a specific audience and encourages audience participation and provides ample time for questions and discussion.

Hylton holds a bachelor’s degree in journalism and a master’s in political science both from West Virginia University.