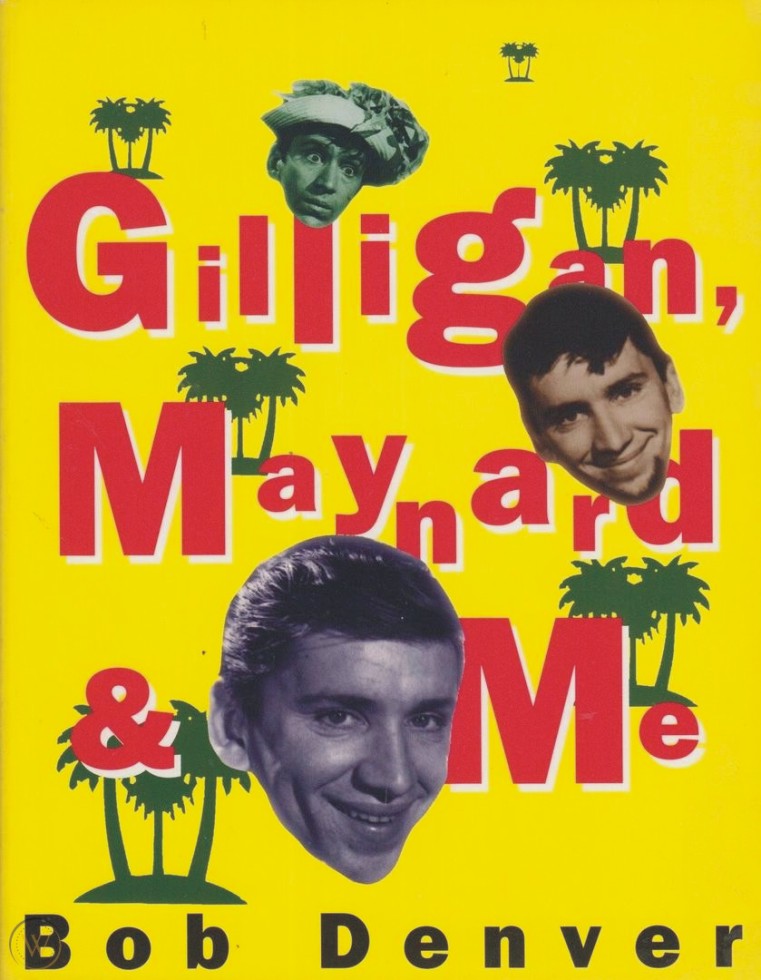 Gilligan’s Island and The Many Lives of Dobie Gillis are two of the most popular shows in television history and Bob Denver takes us backstage and behind the scenes!

Gilligan's Island and The Many Lives of Dobie Gillis are two of the most popular shows in television history and Bob Denver takes us backstage and behind the scenes!

A must for all baby boomers and show-biz buffs, Gilligan, Maynard, & Me is sure to put a smile on the face of anyone who's ever relished the outrageous antics and self-deprecating slapstick of that television original, Bob Denver.

In the early days of television, Bob Denver was one of a handful of actors who created two iconic characters on two successful TV series. First, he created the original television beatnik Maynard G. Krebs on the series "The Many Loves of Dobie Gillis." You can read all about this iconic character on the Dobie/Maynard page of this site. Secondly, he created everyone's favorite Little Buddy, Gilligan on the series "Gilligan's Island" and became a pop culture phenomenon. This year marks the 55th year "Gilligan's Island" has been on the air, proving that fun family fare has longevity that Bob and the 6 other castaways could never have imagined 55 years ago.

Bob Denver was born in New Rochelle, NY, but moved with his family to Long Beach, CA when he was in high school. After high school, Bob attended Loyola Marymount University where his political science studies were interrupted by the discovery of a previously unknown love of acting while appearing in the school's production of "Falstaff." Once the acting bug bit, Bob was hooked. He auditioned, along with 500 young actors, for the role of Maynard in "The Many Loves of Dobie Gillis" and got the part. The series starred Dwayne Hickman, Bob, Tuesday Weld, Sheila James and in the first season, Warren Beatty! "Dobie" ran for four years and as the breakout star of that series (think the Fonzie of his day), Bob was in demand when the series ended.

He had his choice of new roles, but fell in love with the character of Gilligan, the well-meaning, hapless first mate on the Sherwood Schwartz created "Gilligan's Island." When asked which series he loved most, Bob's answer was that he could never decide. He loved the word comedy of prolific Hollywood writer Max Shulman on "Dobie Gillis," but also found a real home doing the physical comedy of "Gilligan's Island." He always said he felt he had experienced the best of both worlds creating these two characters.

After "GI" Bob had three more television series, "The Good Guys" with Herb Edelman and Joyce Van Patten; "Dusty's Trail," another Sherwood Schwartz creation that also starred Forrest Tucker and was basically "Gilligan's Island" in the West; "Far Out Space Nuts" and a Saturday morning show which also starred Chuck McCann. None of these shows ever attained the success of his first two series, but Bob appreciated the talents of his co-stars and the opportunity to work with each of them.

Bob Denver had a starring role on Broadway! He was handpicked by Woody Allen (yes, that Woody Allen) to replace Woody in one of his most popular plays "Play It Again, Sam." After his Broadway run was over, Bob took the show on the road, which ended up being fortuitous. At a theater in Florida, a young woman was cast as his love interest in "Sam." When Bob arrived at the theater for their first rehearsal, he met the young actress, shook her hand and asked her name. Dreama was her answer. "Your name is Dreama?" he asked, incredulously. She nodded, they locked eyes and that was that! For the next 30 years, she was his Dreams. You can read about this love affair and marriage in Gilligan's Dreams: The Other Side of the Island by Dreama Denver.

Be the first to review “Gilligan, Maynard, & Me” Cancel reply