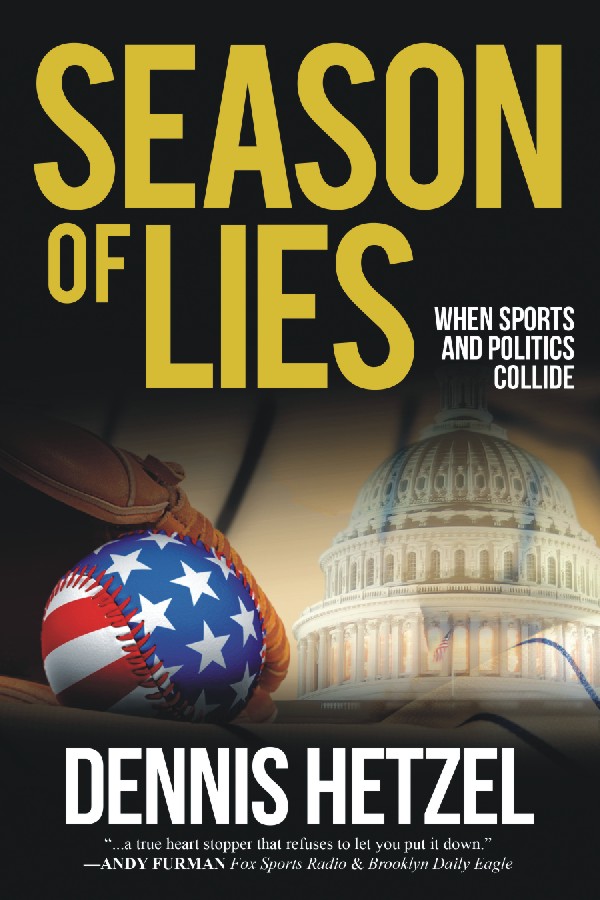 “I love this book. Baseball continues to serve as a literary metaphor, this time in an era of political conspiracy and hyper-religiosity.” —Dean Haglund, “The X-Files”

A pitcher. A president. Two men become linked by events when the stakes are highest.

The Chicago Cubs have finally won a World Series for the first time since 1908. Now they want to build a baseball dynasty. To do so, they trade for star pitcher Trey Van Ohmann.

Meanwhile, the Cubs' biggest and best-known fan, Luke Murphy, is running for re-election as President of the United States.

But world events and powerful, unknown forces conspire against them. To succeed, they must overcome terrorism, scandals, and threats to their lives and those around them. The baseball season and a presidential campaign that could be ripped out of today's headlines intertwine in one fateful October.

In the follow-up to his award-winning novel, Killing the Curse, Dennis Hetzel once again combines sports, politics, thrilling action, and memorable characters in a story you won't forget.

"I love this book. Baseball continues to serve as a literary metaphor, this time in an era of political conspiracy and hyper-religiosity." --Dean Haglund, "The X-Files"

"… a true heart stopper that refuses to let you put it down."- Andy Furman, Fox Sports Radio and Brooklyn Daily Eagle

"Dennis Hetzel has crafted a riveting political thriller that spills over into baseball in Season of Lies. It is an absorbing novel that keeps the reader on edge from start to finish."

"First, I did NOT feel like I missed out anything by not reading the first one; followed the story and characters completely, no problems...Also, I loved all of the political machinations and knew I was in good/skilled hands on that front….But I do have to say I was most enamored by the baseball parts. I think it's because your passion for the game shows through so much. For example, whenever Trey talks about baseball, I was in it and wanted to read more, more, more! — Stephanie Storey, the author of the bestseller, Oil & Marble

Be the first to review “Season of Lies” Cancel reply