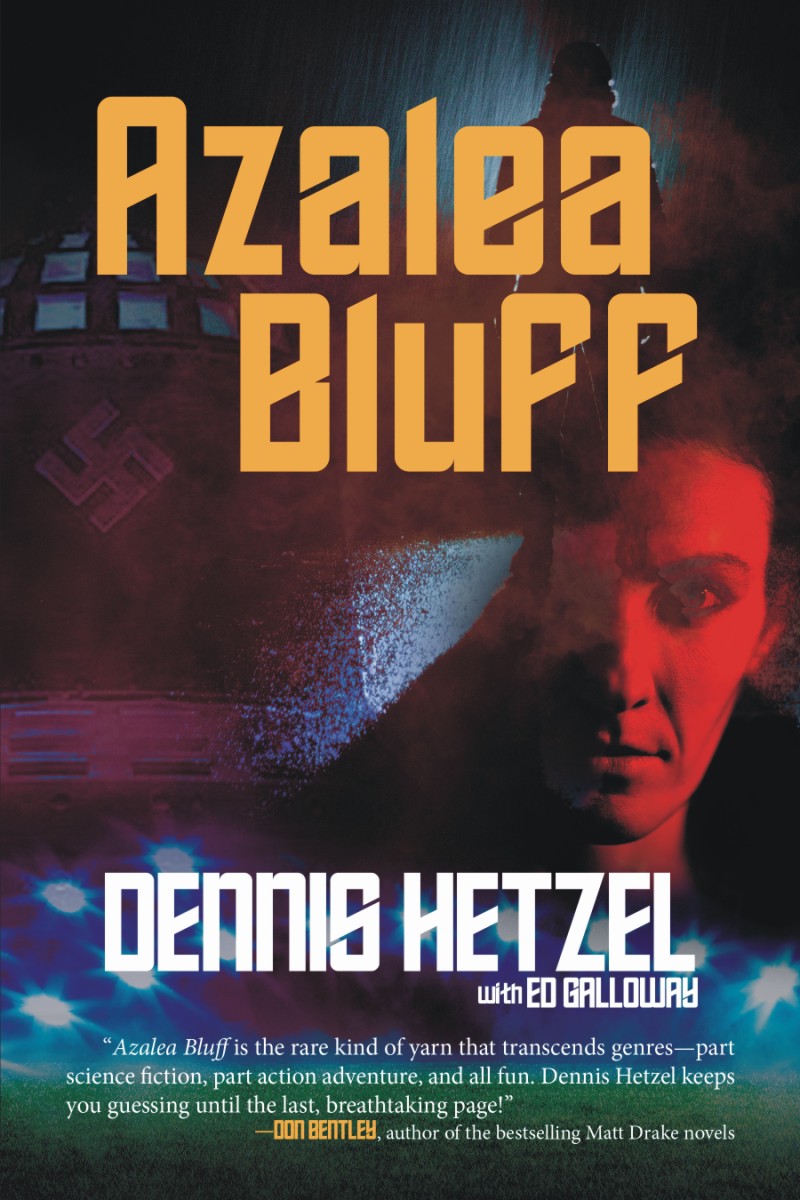 Zoom Into Books Author
A mysterious object has crashed onto Olivia’s high school football field. She sneaks to the cordoned-off site and views the odd, bell-shaped object. To her disbelief, she is abducted. As Olivia fights madness in captivity, her father risks everything to find his daughter and unlock the secrets behind her disappearance.

A strange object lands on a football field.

A young reporter vanishes without a trace.

Olivia Claven lives in the Carolina beach community of Azalea Bluff. She’s trying to regroup, but a flooding tide of setbacks has dashed her dreams.

The love of her life has died in a mysterious crash. Saddled with debt, she’s back in her parents’ house after losing multiple media jobs. The local news website she started in her hometown could fail at any time, too.

Then she gets a tip that could turn things around. A mysterious object has crashed onto her high school’s football field. The authorities have sealed the area and cut communications, but she knows how to get close without being seen.

She gasps as she views the odd, bell-shaped object that sits on the 50-yard line. Then she vanishes.

As Olivia fights madness in captivity, her father starts a relentless search for answers, stepping into danger as he stumbles upon secrets buried in bizarre UFO stories and the rubble the Nazis left behind in the closing days of World War II.