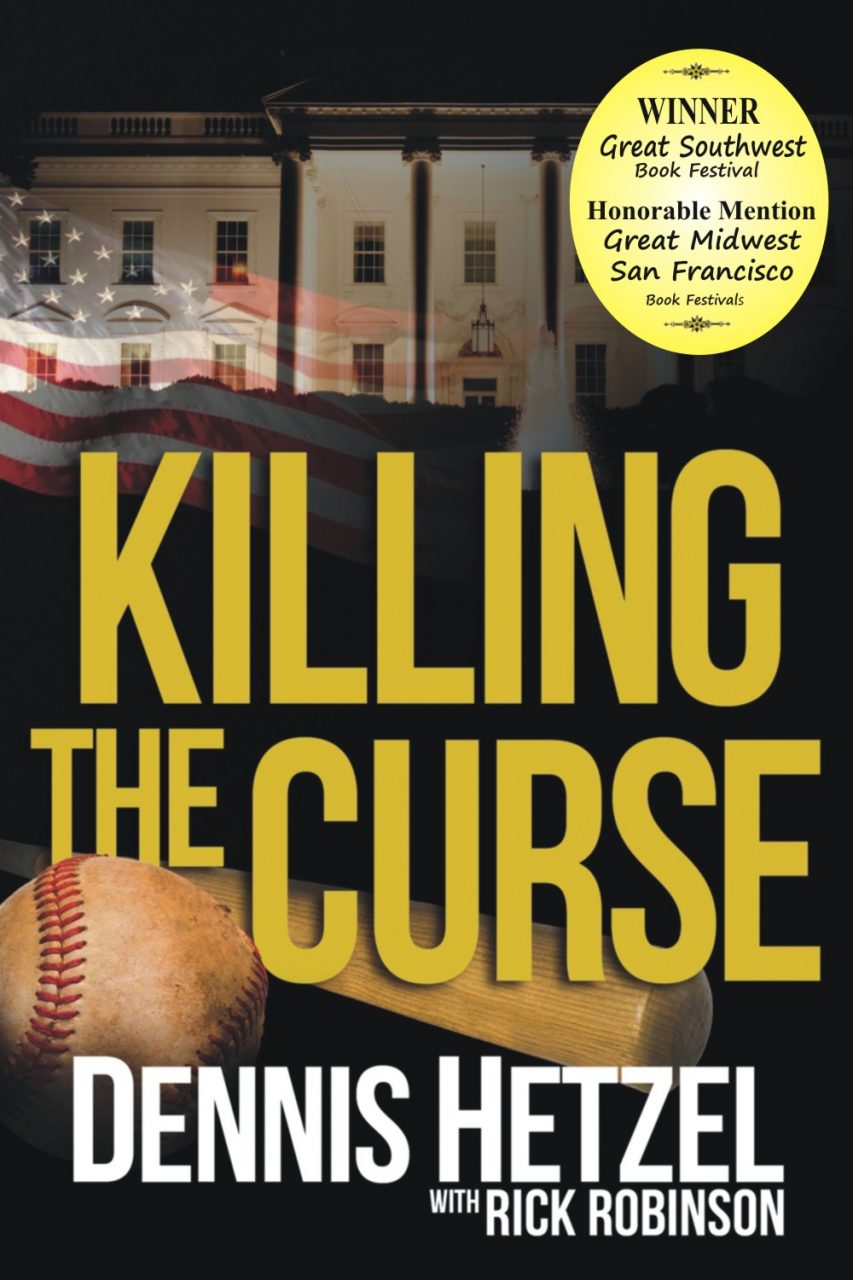 Cubs fans will love this one!

The Chicago Cubs haven’t won a World Series for more than 100 years or even played in one since 1945. Now they’re positioned to win the Series for the first time since 1908 – if only curses and bad luck don’t haunt them as usual. That’s what happens when a swarm of gnats helps the Boston Red Sox tie the Series at three games each. To kill the curse, the Cubs must win Game 7 in Chicago.

No one wants the Cubs to win more than Luke Murphy, President of the United States and lifelong fan. Leading the chorus of disbelievers is Murphy’s boyhood friend, Bob Walters, a sports radio talk-show host with a beautiful daughter and a big ego who built ratings by being “the man Cub fans love to hate."
The Cubs have someone else on their side—a brilliant, crazed fan who will do anything to make sure they win. Anything. It starts with an attack on the father of Boston’s best pitcher and grows into an escalating threat that could destroy Murphy’s career, expose childhood secrets, and kill hundreds of innocent people.

Everything comes to a head as Game Seven unfolds—a game the Cubs must win no matter what.

Hetzel draws skillfully on decades of top-level reporting experience, a keen understanding of the often fragile (and sometimes twisted) human condition and his lifetime membership in the fellowship of long-suffering Cub fans. The man, in other words, knows his stuff. Killing the Curse truly touches 'em all.
—Brian Davis, sportscaster

The best part of Killing The Curse is the obvious fact that it was written by a true Cubs fan. This is evidenced not only by the plentiful amount of Cubs’ trivia but more so by Dennis Hetzel’s seeming acknowledgement that the Cubs are inevitably tripled-teamed by fate, destiny and karma. A true Cubs fan, Dennis Hetzel long ago blew by the first four stages of grief and now resides in the final stage – acceptance. But Killing The Curse imagines the consequences of a deranged fan’s inability to achieve this peaceful state and does so in a gripping, well written thriller that holds the reader’s attention like a perfect game.
—Jack Greiner, attorney, lecturer, and lifelong Reds fan

OK, full disclosure here. I am not a Cubs fan. And I mean, really not a Cubs fan. So when I picked up Killing the Curse by Dennis Hetzel, I wasn’t sure if I would like it, just because it follows the team through the end of a gasp winning season. Hard to believe, I know. But Killing the Curse is a fantastic read, Cubs fan or not. When a crazed fanatic tries to tip the scales in the direction of their favorite team, first by attacking the father of rival Boston’s pitcher, and then by even more diabolic means, involving the sports reporter the Cubs fans ‘love to hate’ Bob Walters, his beautiful daughter, Aimee, and no less than Bob’s best friend and the President of the United States, Luke Murphy, the book takes us on a wild and intriguing ride.

This book was fun, fast-paced and an easy read. I got sucked in early and spent the majority of an evening and into the night reading this one, as I just couldn’t put it down. The information about the games being played came across as realistically as if I was watching a game myself. Killing the Curse is a book that would appeal to any person who enjoys reading fiction with a tie-in to sports, mysteries, or those Cubs fans who continue to live in hope that their team will actually win the big one. Dennis Hetzel has a winner with Killing the Curse, and I highly recommend this book to anyone looking for an enjoyable, exciting and absorbing read. —Chris Fischer for Readers' Favorite

Be the first to review “Killing the Curse” Cancel reply