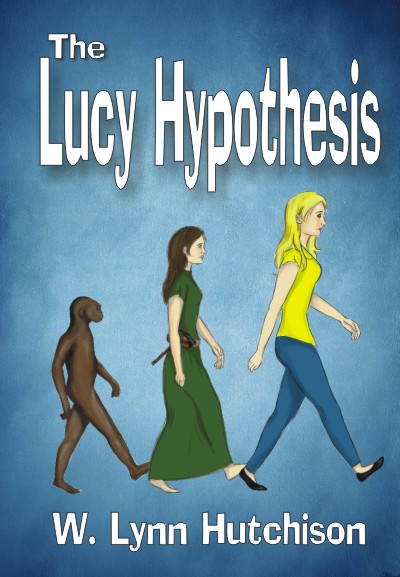 Genealogy research to the max! Author Lynn Hutchison writes a riveting YA novel that includes WV History and one researcher’s ancestry through the discovery of amazing new drug.

Young genealogist, Lucy Westfall, adds far more than the usual dates and places to her family tree when she participates in a genealogy study; time travel takes on a whole new dimension.  Experience the nature, history, and beauty of West Virginia and beyond as you travel with her on her adventures through the near and distant past.

Be the first to review “The Lucy Hypothesis” Cancel reply

Lynn Hutchison is a native of West Virginia whose ancestors teased young George Washington on the western Virginia frontier. He attended Ohio Wesleyan University where he majored in Math, Physics, and Astronomy, hoping, as did all too many others at the time, to follow in John Glenn’s as footsteps. A switch to Computer Science led him to graduate work and a Master’s degree from the University of Arizona and then to Texas, where he worked on the space shuttle. He subsequently returned to Ohio and spent the next 39 years developing industrial computer software.

In his youth, he spent summers tending the family’s homestead in Braxton County, West Virginia, and pursuing his interest in birding and star-gazing. Those interests expanded to include family history, local history, genealogy, paleontology, and researching his DNA. A skilled woodworker, he retired to his hand-crafted, mountaintop cabin on the homestead, to care for the land near where the events in this story take place.

He authored the book West Virginia Westfalls Their Place in America’s History; the research papers The Truth about Nicholas Gibson, Landowners of the Flatwoods; and several other works.

Whether seeking a rare bird, climbing the family tree, or rummaging through the attic, Lynn reminds readers to keep digging.