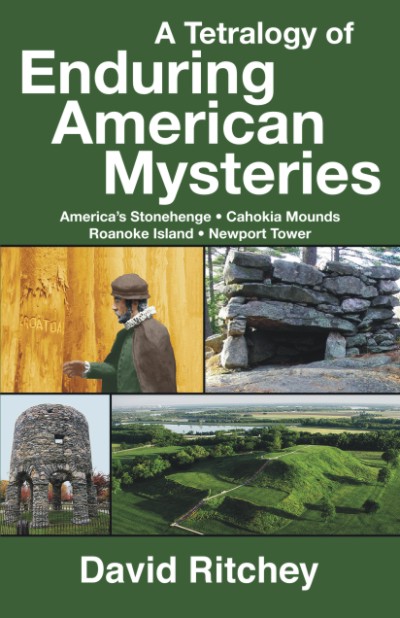 Just about everyone loves a good mystery. Mysteries set the stage for endless hours of inquiry, rumination, and speculation. Countless mysteries are available to us and, if we choose, we can become quite engrossed in trying to figure out some of them. This book provides four such mysteries for your perusal: (1) America’s Stonehenge—a site in New Hampshire with numerous stone structures and astronomical alignments, its origins being uncertain; (2) Cahokia Mounds—a vast complex in Illinois containing many large earthen mounds about which people have discussed the questions of “When, Who, and Why” for centuries; (3) Roanoke Island—an English colony in (then) Virginia that was founded in the late 1500s and disappeared shortly thereafter with no definitive explanation as to what happened, and (4) Newport Tower—a stone tower in Rhode Island, the origins of which continue to be actively debated.