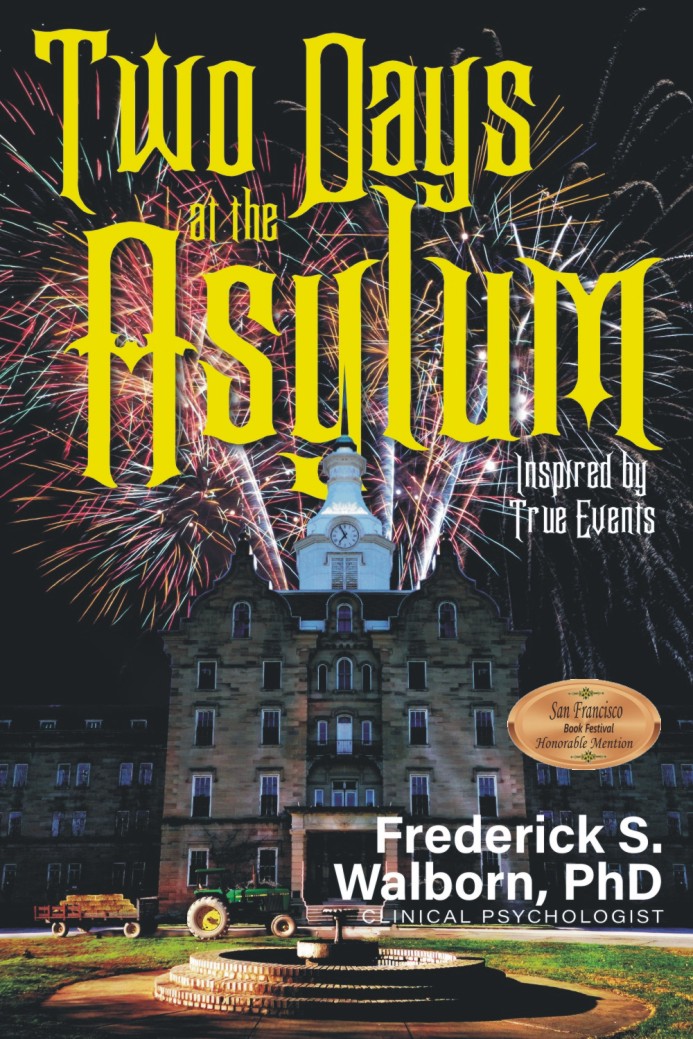 Two Days at the Asylum

Inspired by true events, author and psychologist, Fred Walborn pens a humorous, sometimes painful and insightful novel about the inner workings of a now defunct insane asylum. Day One—Community Day--is a dark comedy. The setting is 1969, four days before the landing of humankind on the moon. Community Day was the creation of the president of the asylum and the mental hospital was turned into a human zoo. For a token fee, the doors of the asylum were opened for the local townsfolk to witness the bizarre, sexual, manipulative, and religious-themed behaviors of the patients.
Day Two is a psychological thriller. The reader is exposed to the same behaviors exhibited by the patients, but this time they apply to the administrators, psychiatrists, psychologists, administrators, and social workers.

“Dr. Walborn paints us an all-too accurate picture of the afflicted and their ‘care-givers’ in a satirical and humorous novel highly accessible to the average reader. He opens to us not only the snarky world of the disillusioned asylum service providers (some are thugs), he shows us empathetically the hearts and struggles of the service receivers who must navigate the world of horror, often alone. I highly recommend this read.”
—James E. Davison, Ph.D., Licensed Psychologist

“I expected a novel from a published clinical psychologist to be just another insipid psychological thriller. What I read was a humorous, enticing, and amazingly educational period drama that allowed me to understand the state of mental health a half-century ago. I recommend it to anyone interested in psychological disorders, and those who appreciate the unbridled aspects of all interpersonal relationships.”
—Ed Wood, Ph.D., author of Mud: A Military History

1 review for Two Days at the Asylum