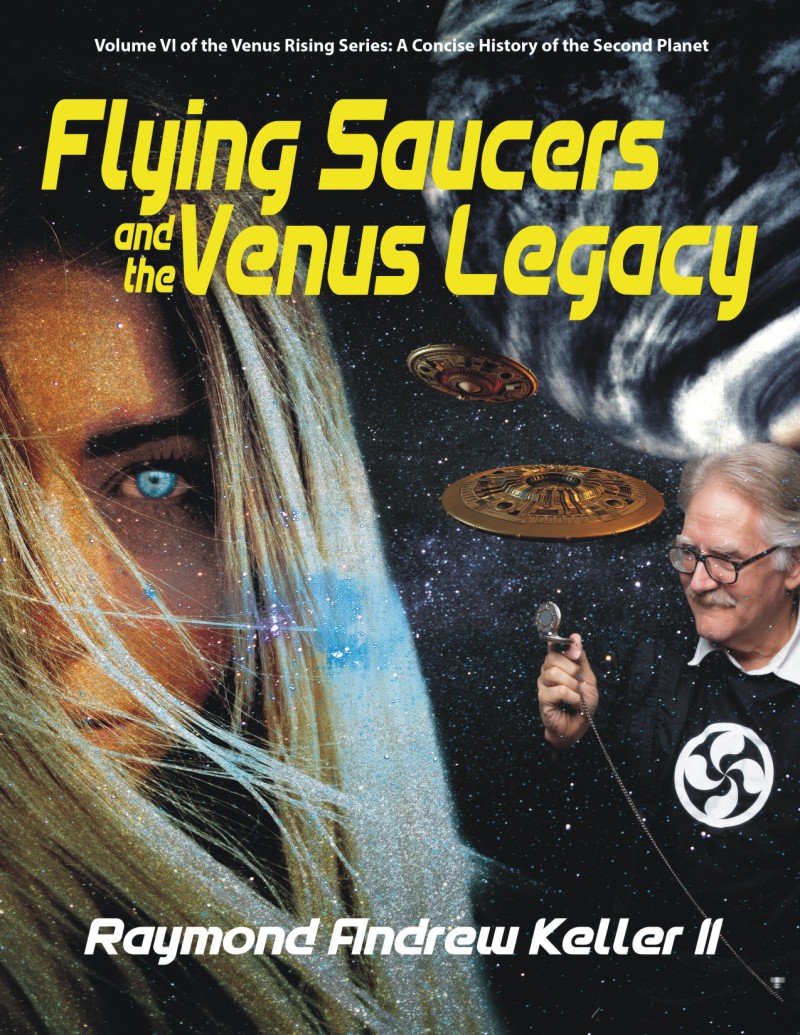 With the help of the Venusians, in the newest addition to his Venus Rising series of international awards-winning books, Flying Saucers and the Venus Legacy, Dr. Raymond Andrew Keller, a.k.a. “Cosmic Ray,” explores the astounding science behind the flying saucer enigma.

With the help of the Venusians, in the newest addition to his Venus Rising series of international awards-winning books, Flying Saucers and the Venus Legacy, Dr. Raymond Andrew Keller, a.k.a. “Cosmic Ray,” explores the astounding science behind the flying saucer enigma.

Since that momentous day in 1987 when he and seven others in the Outer Space International Research and Investigations Society (OSIRIS) first made open, physical contact with Lady Encara, an ascended master and space commander from Venus on the slopes of Mt. Shasta in northern California, Dr. Keller has become one of the most controversial authorities on the alien presence here on Earth.

Of a recent appearance of Cosmic Ray at a meeting of the Paranormal Search group in Harrisburg, Pennsylvania, Tony Pugliese, that organization’s website editor, posted the following comment:

“During the presentation we were given a good idea of the scope of extraterrestrial contact that we might be encountering here on Earth, including the apparent claims of a Canadian official that we are, in fact, being visited by around 80 species! Of course, it’s impossible to verify these claims, but the preponderance of evidence that we are being visited by something (or ‘several somethings’) unearthly remains overwhelming. Dr. Keller also gave great insight into extraterrestrial technology that sent everyone in the room scrambling for their cell phones to Google the information he was giving us. This was a truly eye-opening presentation that makes us all long for the days of the ‘flying saucer clubs’ of the 1950s, back when all of this was both recent national news and serious business.”

Get ready to hop aboard a flying saucer to outer space with the Cosmic Ray. We’ll rendezvous with a mothership and meet many of our brothers and sisters from Venus and other member worlds in the Galactic Confederation of Light.