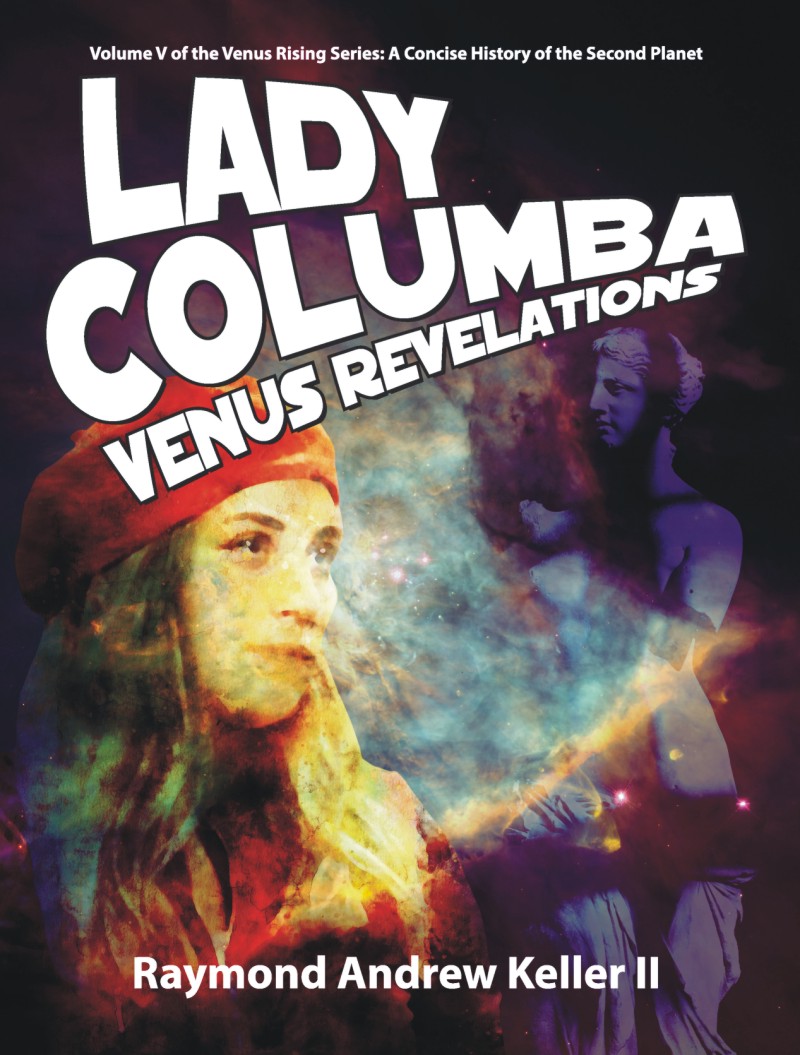 As told to the prominent mythologist, magic realist and UFO researcher, Dr. Raymond A. Keller, a.k.a. "Cosmic Ray," by the 1950s and 1960s Southern California artist, contactee, and social activist, Annabell Krebs, Lady Columba Venus Revelations is the fifth volume in the award-winning Venus Rising series.

In Krebs own words, "This book was originally inspired by a series of experiences that occurred during the period of mid-January 1957 through the end of August 1961. There is nothing in this book that I could have simply made up out of thin air. It is not so important that I, or some other contactees, convince you to believe in the existence of advanced extraterrestrials coming to visit us here on Earth, or even that they can carry us with them on their journeys through outer space, but moreover that we start to believe in ourselves.

"Above all else, we should always give new ideas the benefit of the doubt. I say this with respect to any concept or proposition, no matter how unbelievable at first glance and regardless of its source. We certainly do not wish to stand in the way of promoting progress. As such, I must let this story stand on its own merits. And if anyone wishes to apply anything herein to their contemporary life, then that would be their own responsibility. In the last analysis, any inspiration should always be credited to the Author of All Good, regardless of who the channel may be.

"Paranormal activity of all kinds is on the rebound worldwide. The portals to the Infinite are flung open!"

Raymond Andrew Keller, II, was born in Cleveland, Ohio and currently is a lecturer of Greek and Roman Culture and Civilization and Greco-Roman Mythology at West Virginia University in Morgantown, West Virginia. He also serves as an AmeriCorps VISTA (Volunteer in Service to America), attached to In Touch and Concerned, a United Way agency in Monongalia County, West Virginia, where he assists persons with disabilities, seniors and veterans in securing affordable transportation options. He also teaches various social studies classes as an adjunct professor at West Virginia Northern Community College in Wheeling, West Virginia.