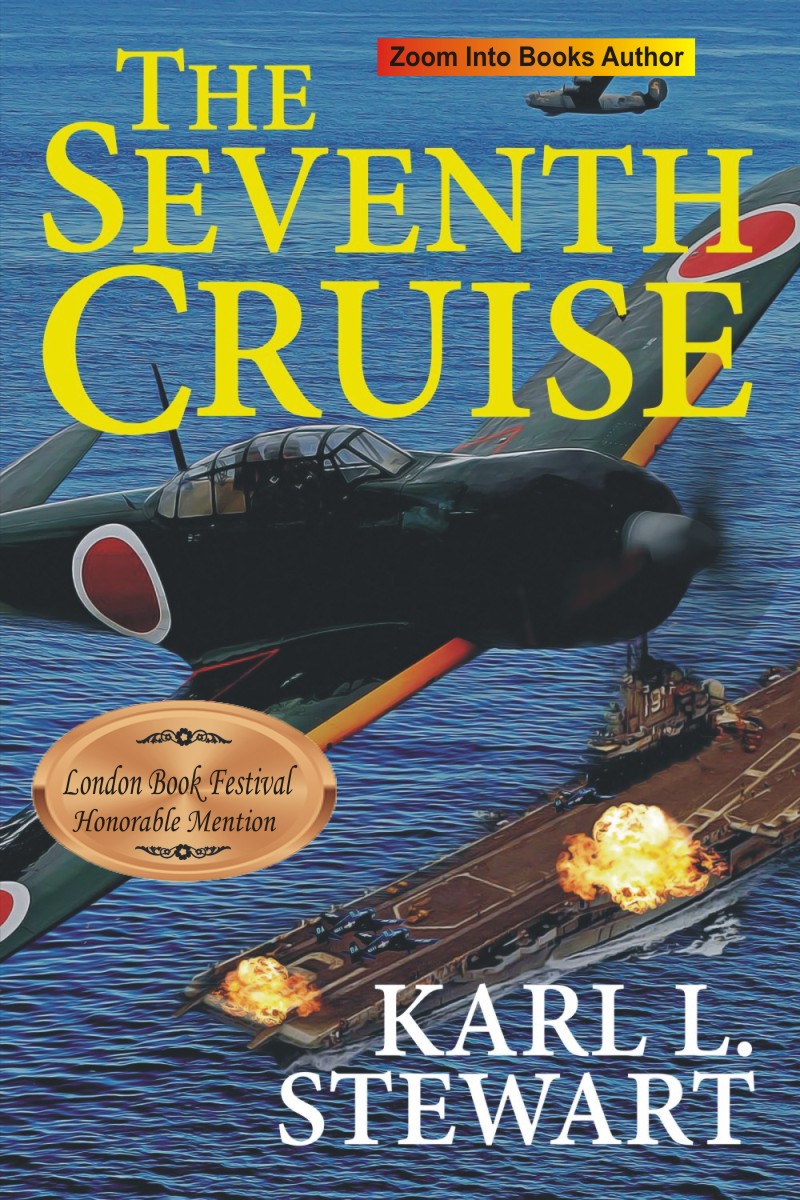 Excellent WWII novel–opens with attack on Pearl Harbor from the point of view of the Japanese. Based on stories told to the author by his father, vivid recounting of war, heartaches, and victories for a West Virginian in the US Navy.

On December 7, 1941, an unprepared and pacifist America is suddenly thrown into World War II. Young men and women from every corner of the USA leave their homes and schools for military service or jobs in the newly developing war industries. In West Virginia, See Bird Carpenter, Choctaw legend, must advise and try to prepare his young grandson, Stu Carter, for what is to come before the young man embarks on a long, four year, two ocean war.

Other young men, both American and Japanese, hear their nations’ calling and abandon their college classrooms for combat flight training. American farm girls leave for the city factories to do their part for the war effort. When Stu meets Maggie while on ‘liberty’ sparks fly. But can love survive the brutality of modern war? A new generation must grapple with issues of courage, honor, and integrity amid bombs and cannon-fire. Their decisions shall shape the post-war world.

Be the first to review “The Seventh Cruise” Cancel reply

The Legend of See Bird: Devil’s Backbone. Second in the See Bird Western series dealing with the Hatfield-McCoy family feud. Background and reading