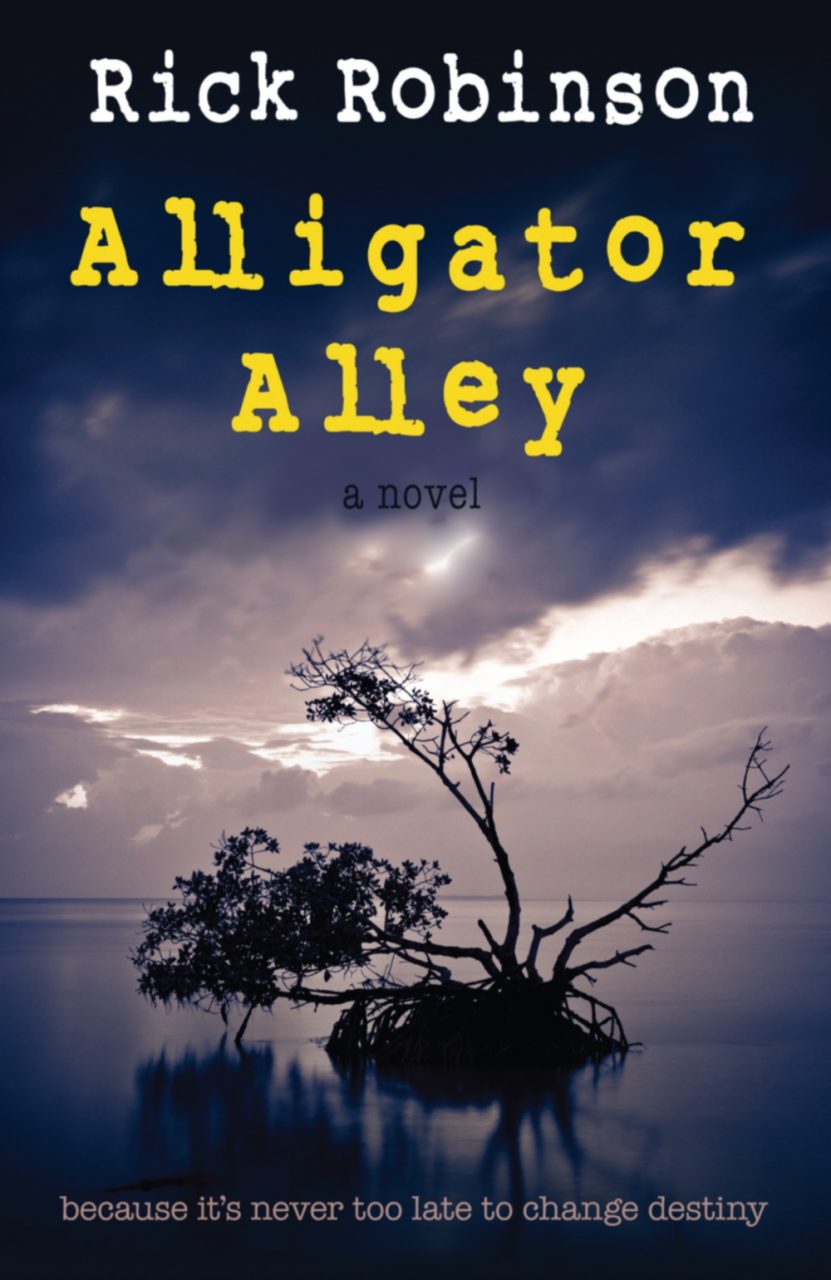 Alligator Alley is the story of one man’s struggle with his own destiny, but it could be the story of anyone facing change in his or her life. As Robinson states with simple eloquence, “This book asks a very basic question—if you could change, would you?”

Despite his material success and outward appearance of happiness, James Conrad feels empty inside. He is spending his 50th birthday alone in South Florida when he decides to take a drive along Alligator Alley into the depths of the Everglades. Searching for childhood memories of his great uncle—a man who left his family behind to live on a Seminole Indian reservation—James discovers his small town definition of success may all be a ruse. When given the chance to make a real change, James Conrad must make the hardest decision of his life.

Alligator Alley is the story of one man's struggle with his own destiny, but it could be the story of anyone facing change in his or her life. As Robinson states with simple eloquence, “This book asks a very basic question—if you could change, would you?”

"Rick Robinson’s catalogue is filled with award-winning thrillers that demonstrate the keen intellect that has made the author a successful attorney and masterful political strategist. His latest offering, Alligator Alley, however, is an immensely satisfying departure from political intrigue that distinguishes itself as a novel written straight from the heart.

This is not to imply that Alligator Alley is anything less than smartly written. To the contrary, the novel crackles with the dialogue readers have come to expect from Robinson and the plot has enough twists to satisfy every reader. Rather this novel stands out from Robinson’s previous works as a very personal declaration for the author. Every line of Alligator Alley resonates with honesty as the author tells the story of a life not quite passed, blending sweet nostalgia, and the bitter tang of regret into a heady cocktail that everyone of a certain age has sampled. Some have savored. And a lucky few have hoisted to toast the adventures that still lay ahead.

With Alligator Alley, Robinson has achieved what every writer aspires to accomplish at least once in a career: He’s written a life’s work. In Alligator Alley, Robinson has created a very special novel that will not only satisfy current fans and certainly garner him still more well-deserved accolades, but will unquestionably stand the tests of time and earn a rightful place among other works that so poignantly and accurately capture the human condition. If Huckleberry Finn is the field book for boys eager to explore adolescence and The Catcher in the Rye is a manual for teens apprehensively approaching adulthood, then Robinson’s Alligator Alley is the definitive (and destined to be classic) guide for all of those who have navigated the dire straits of adulthood but still quest for something more."

"With Alligator Alley, award-winning author Rick Robinson breaks new ground and shows his continued growth as a master storyteller. This time he leaves the cloak and dagger in the closet and crafts an intimate and personal story filled with agony and angst and humor. Written in a first person style that resonates with a gritty honesty, Robinson captures a time and a place few have experienced but after reading this tale, will find impossible to forget."

“Over the last few years, Rick Robinson has written some of the best political thrillers around. With ALLIGATOR ALLEY, he has shifted gears and delivered something different but every bit as compelling. This is a bittersweet, nostalgic, mystical, and at times quite funny look at the choices we make and the limits that squeeze us as we reach middle age. You won’t be disappointed if you take this ride.”

Be the first to review “Alligator Alley” Cancel reply