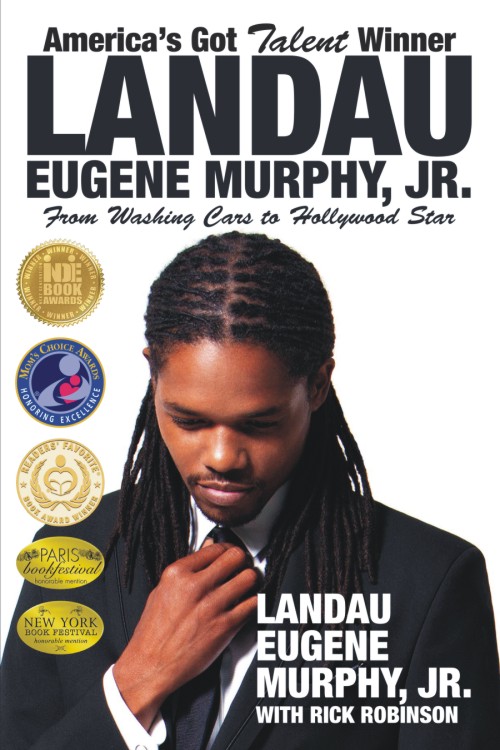 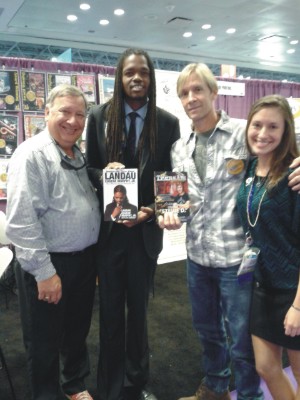 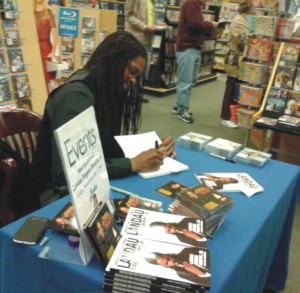 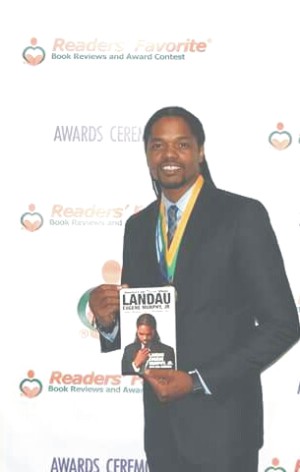 From Washing Cars to Hollywood Star

Zoom Inside the Book HERE

In 2011, the nation watched an American Jazz singer from the coalfields of West Virginia rise to the top of a talent competition on NBC. The story of Landau Eugene Murphy Jr. is more than a rags-to-riches story of some singer who won a reality show-it's a story of faith, hope, destiny, and dreams. To many people, Landau is the young man with dreadlocks who sings like Sinatra, but the story to be told is that of someone who is a hardworking man of enduring faith. When you're finished reading this book, you'll discover, along with having a great voice, Landau is a world-class human being.

What People Say
"America's Got Talent Winner Landau Eugene Murphy, Jr is a truly inspirational and gripping memoir that reminds us all it is never too late to follow your dreams. Landau's incredible rags to riches story is a must read for everyone who fell in love with him on America's Got Talent." -Sean Daly, AGTNews.com

"As a West Virginian, it was a very proud and emotional moment to watch Landau win America's Got Talent; my family was pulling for him all the way from California. I'm so pleased that Landau is living his dream; a true American success story. I wish him continued success."-- NBA legend Jerry West

"Landau Eugene Murphy, Jr. performances on America's Got Talent not only brought joy to West Virginians, but to people all over the nation. He is a true West Virginian and I'm proud of him." -West Virginia Governor Earl Ray Tomblin

"It was my pleasure to meet and work with Landau on his debut album That's Life. Every time he steps up to the microphone the audiences go crazy for my friend's unique style. He knows what he wants say and he knows how to deliver it HIS WAY!!"-Steve Tyrell, Grammy award-winning producer and performer. Oversaw production of Landau's That's Life CD for Columbia Records

"Landau Eugene Murphy Jr. is the complete package: talent, personality, character, class and humility, the ingredients for longevity. His sound is clean, pure and rich, but don't get it twisted âï¿½ï¿½ he's got R&B chops as well. He's very versed in his art and that should serve him well in years to come." -- Glenn Leonard, former lead singer of The Temptations

In November 2010, Landau Eugene Murphy, Jr. and his wife Jennifer left their hometown of Logan, WV for New York City, where they stood for over twelve hours outside the Jacob Javits Convention Center in Manhattan. They were among the thousands of people-young and old, singers, dancers, jugglers, mimes, and more – lined up to audition for NBC’s America’s Got Talent. It would take several more hours for Landau to finally get inside and sing a few bars, and his day grew even longer as he sang for one producer after another. Soon, he was the last one sitting in a huge rehearsal hall.

The rest as they say is history. After receiving standing ovations from judges Sharon Osbourne, Piers Morgan and Howie Mandel, singing a sizzling duet with the iconic Patti LaBelle, and crooning a rousing rendition of “My Way,” Landau Eugene Murphy Jr. was named winner of America’s Got Talent’s sixth season on September 14, 2011. Just in time for Christmas 2011, Syco/Columbia Records released Landau’s first album, “That’s Life” and it debuted at number one on the Billboard jazz charts and the top 40 overall. Not only did his unique singing style make him stand out from all of his competition, Landau’s humility, charm and confidence endeared him to the America’s Got Talent judges, viewers, and audiences at his sold-out concert tour that launched in December 2011 and is still going strong. As part of his America’s Got Talent prize, Landau realized a lifelong dream and headlined a show at the Colosseum Theater at Caesar’s Palace in Las Vegas-the legendary playground for Sinatra and his iconic Rat Pack. Other tour stops include the Apollo Theatre, the DTE Energy Center in Detroit with Motown’s Temptations, headlining appearances at the West Virginia and California State Fair, a Super Bowl appearance, a televised performance at The Hollywood Christmas Parade and a string of sold out headlining shows across the USA (many supporting local charities). Major media appearances have included The Today Show, Anderson Cooper, The View, The Talk, The Wendy Williams Show, Fox and Friends, CNN, The Tom Joyner Show, Scott and Todd on WPLJ, Good Day LA, and many more. He’s also honored his country by singing the National Anthem at Madison Square Garden, West Virginia University’s Mountaineer Field, prior to a WVU/LSU matchup and at several other public events.

“My father was a coal miner and he really loves music; my mother is from a musical family, too. After my parents split up when I was 8, I moved with my mother and two brothers and two sisters to Detroit,” Landau explains. “It was completely different from Logan; I had to get used to the streets. My focus wasn’t on school.” He dropped out in the 11th grade to put his energy into looking out for the safety of himself and his family. “Church and basketball were the only things that got me out of the house and kept me going. I played for a church league, which kept me off the streets and they would take us to events where we could eat. Basketball was my first love and I grew up playing basketball with some great ballplayers like NBA star Chris Webber. There were times when I’d make a shot or dunk on someone and I’d run back down the court with a smile on my face singing ‘Fly Me To The Moon,’ everyone got a big kick out of it.”

After moving back home to Logan in the late 1990’s, Landau renewed a friendship with a childhood friend, Jennifer Carter. They started working together at a restaurant where she was a manager and they finally married in 2005. The proud husband and father of five says, “I love my kids and my wife with all my heart, more than anything, I want to make sure they don’t have the same struggles I have. I want them to have more opportunities. I want them to be able to do what they want to do.”

Despite going from washrags to riches, “I’m still happiest when I’m with my family,” says Landau. “I like it when there is no stress and I’m doing what I want to do-which is to sing.”