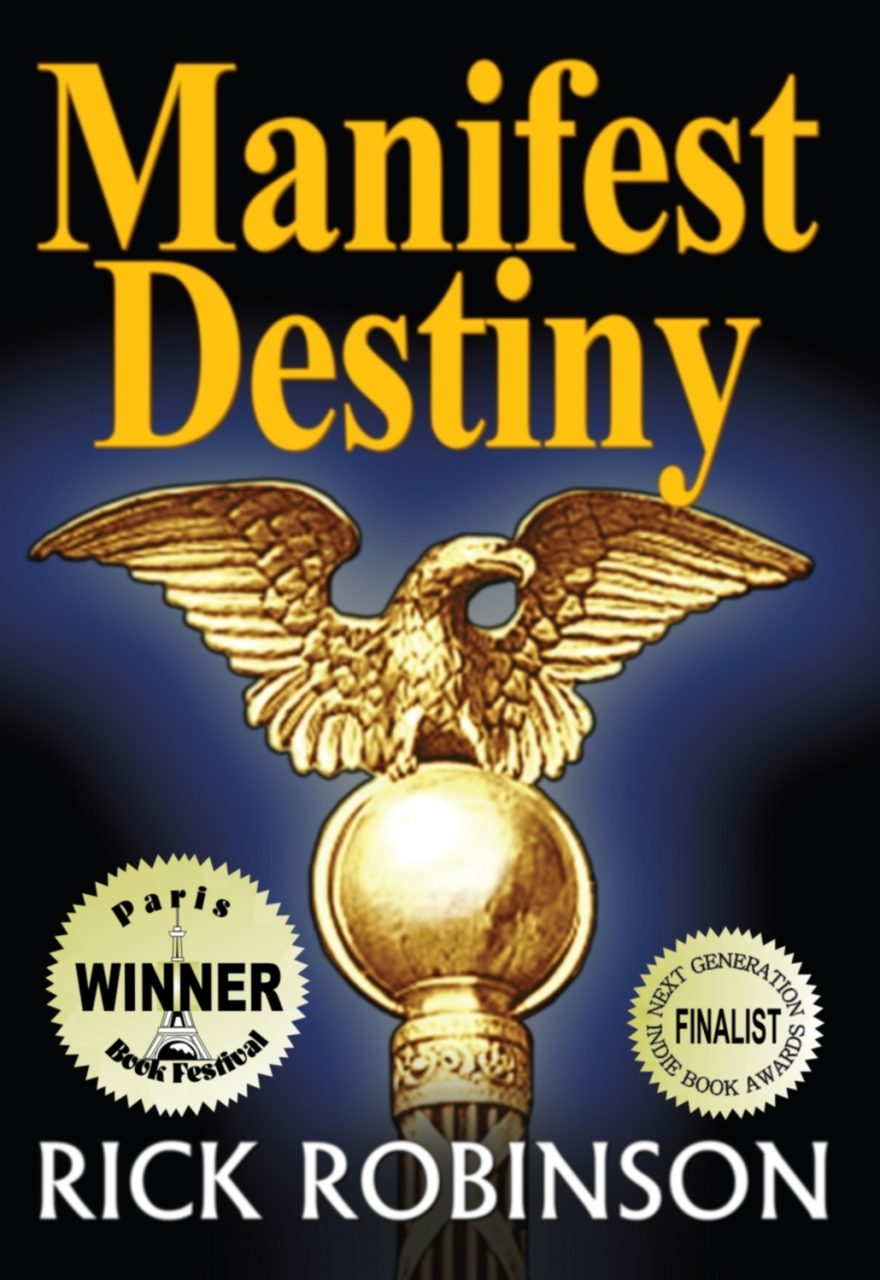 2010 Independent Book of the Year

While observing the Presidential election in Romania, a Congressional staffer is kidnapped by Communist rebels and held captive in a remote area of the Carpathian Mountains. The quest for his safe return takes Congressman Richard Thompson to a dark side of international politics which no one dares talk about in the hallowed halls of Congress. In trying to save the life of the young American, Thompson must do things he thought impossible for him to imagine, let alone execute.

Top selling author, Rick Robinson follows up his award winning novels The Maximum Contribution and Sniper Bid with a thrilling tale of political intrigue which will rock his readers to their very core. Read Manifest Destiny and you will understand why Robinson is quickly becoming known as the only author who puts “real politics” in his political thrillers. His stories are as real as today's headlines.

Be the first to review “Manifest Destiny” Cancel reply