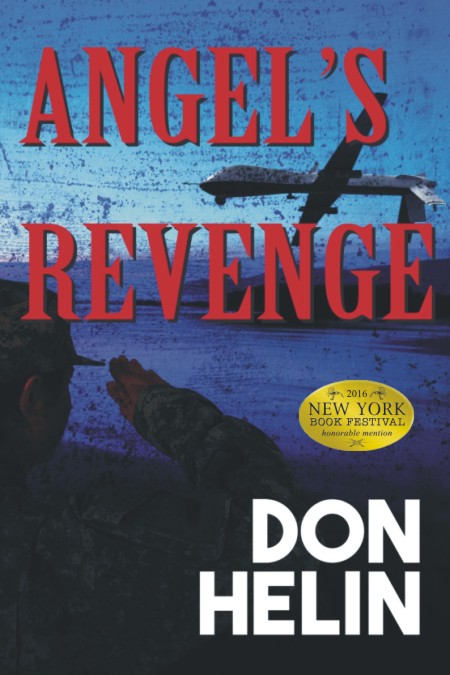 From Washington’s corridors of power to a software company doing Top Secret work, Angel’s Revenge by Don Helin hits all cylinders in a riveting ride of revenge, greed, and murder. Brand this: Covert Suspense at Its Best.”  — Gayle Lynds, New York Times best-selling author of The Assassins

It started with a phone call, a simple phone call from the ex-wife of one of Colonel Zack Kelly's former officers. Her ex has been murdered, branded with the words Dark Angel, castrated, then dumped on a beach in New Jersey. She wants Zack's help to find the killer.

Meanwhile Lieutenant Colonel Rene Garcia uncovers a plot to hack into the Pentagon's data base to steal classified material on the military drone program. Before they can confirm a whistle blower's statements, he is hit by a truck and lies near death in a hospital. Next a military drone turns up missing.

Zack and Garcia follow a trail of dismembered bodies from explosions at military installations. Can the murders and the effort to hack into the DOD system be related?

As the investigation continues, Zack finds himself the next target, but will anyone believe him? And what about that missing drone? What is its target?

"From Washington's corridors of power to a software company doing Top Secret work, Angel's Revenge by Don Helin hits all cylinders in a riveting ride of revenge, greed, and murder. This is hero Zack Kelly's latest outing, and an outstanding one it is. You'll get authentic inside looks at the FBI, the NSA, the Pentagon, the White House, and more, while Kelly works selflessly to stop an assassination that will make your heart stop. Brand this: Covert Suspense at Its Best."  — Gayle Lynds, New York Times best-selling author of The Assassins

"Angel's Revenge is a military thriller extraordinaire that doubles as a superb mystery. Forged in the tradition established by Nelson DeMille in The General's Daughter, Don Helin explosively explores the high cost of sexual assault in the military, elevating his latest to a level seldom seen in the genre. As timely as it is terrific." – Jon Land, USA Today bestselling author of Strong Light of Day

Be the first to review “Angel’s Revenge” Cancel reply