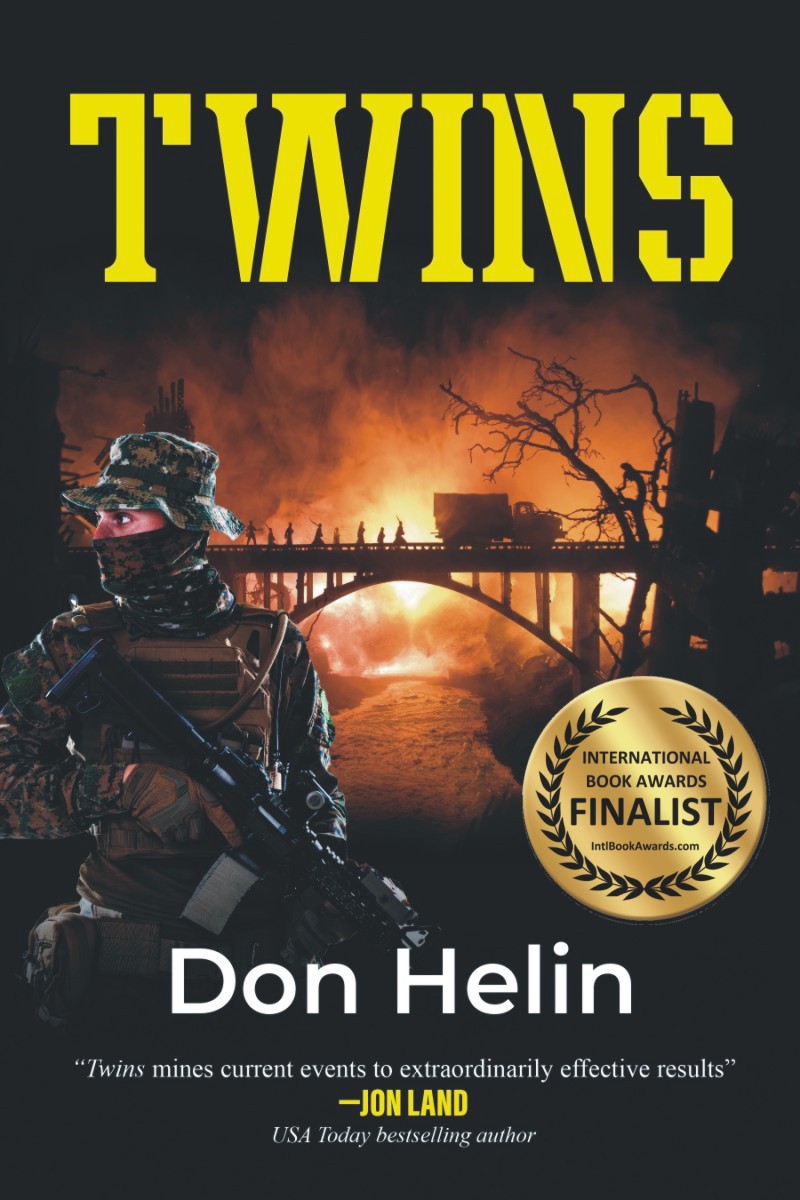 Don Helin expertly delves into the inevitable ramifications of a divided America in crafting a terrifying tale that’s as flawlessly structured as it is brilliantly conceived. This seminal effort echoes Brad Taylor at his level best in a thriller Vince Flynn would have been proud to write. —- Jon Land, USA Today bestselling author

A member of the Patriot’s militia sets fire to a library in central Pennsylvania and kills the sheriff who tries to stop him. French operatives infiltrate into the United States from Canada to hack into national computer systems, then use their skills to spread disinformation.

Is there a relationship between these two events? The president’s national security advisor dispatches Colonel Zack Kelly and a small team to evaluate the possibility of a terrorist attack.

What they uncover is a bombing plot worse than the 1996 disaster in Oklahoma City which killed 168 people. Can Zack and his team stop this nightmare before it’s too late?

Be the first to review “Twins” Cancel reply