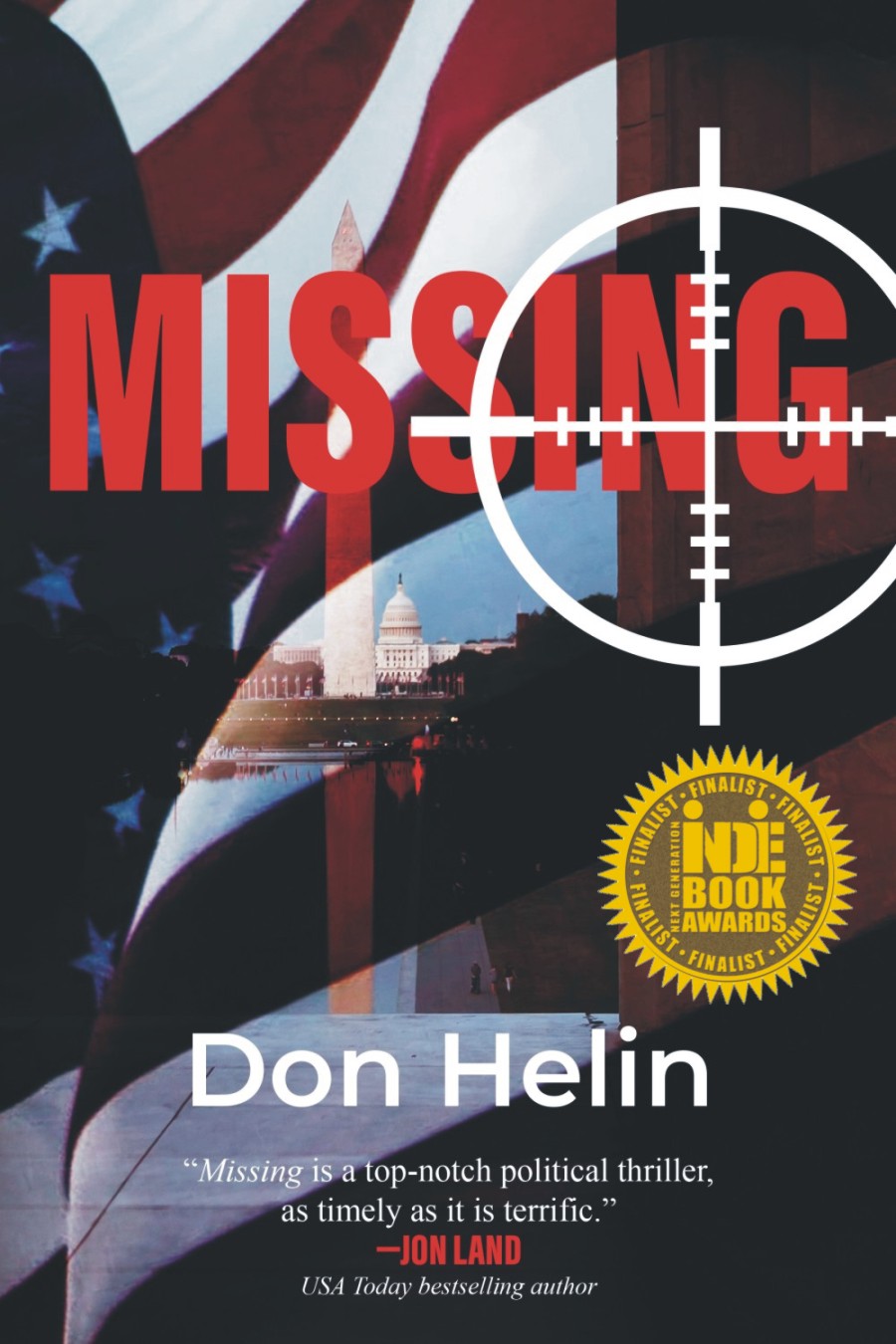 Missing is a top-notch political thriller, as timely as it is terrific.

Are the incidents connected? Colonel Zack Kelly and his specialized national security team suspect persons unknown within the president’s inner circle of aiding Farmington by attempting to tamper with the upcoming election.

Zack’s partner on the task force, Rene Garcia, joins the campaign of Farmington. With the election only weeks away, she uncovers a plot to rig the election by hacking into state computer systems and using artificial intelligent to “cook the books.”

Zack finds the roots of the conspiracy runs so deep they penetrate the lives of not only his team, but also his father, daughter, high-school classmates, and his first love of years ago.

Racing against time, Zack has to dig deep and use all his skills and experience to rescue his colleagues from a band of vicious killers who will stop at nothing to seize presidential power.

Not all of them will survive.

Missing is a top-notch political thriller, as timely as it is terrific. Thriller vet Don Helin turns his sights on shenanigans arising in the days leading up to a presidential election in a tale that is both eerily prescient and scarily on point. Call Missing a book ripped from headlines we never want to see as Colonel Zach Kelly and his crack national security team race to prevent a crisis of catastrophic proportions that would change the nation forever. A tour de force destined to be shelved right alongside Seven Days in May, Advise and Consent, and Six Days of the Condor.”

“Don Helin’s new thriller, Missing, starts with a literal bang and never lets up. Old flames, old pain and problems from the past put Colonel Zack Kelly at the center of a perplexing mystery full of shocking twists and turns. His team of tough and colorful characters have returned to help him investigate a high-tech conspiracy that couldn’t be more topical. If you’re looking for an action-packed page turner with a story ripped from today’s headlines, look no further”

— Haris Orkin, award winning author of YOU ONLY LIVE ONCE and Amazon Best Selling Author of the JAMES FLYNN THRILLERS

Be the first to review “Missing (eBook)” Cancel reply

Roof of the World