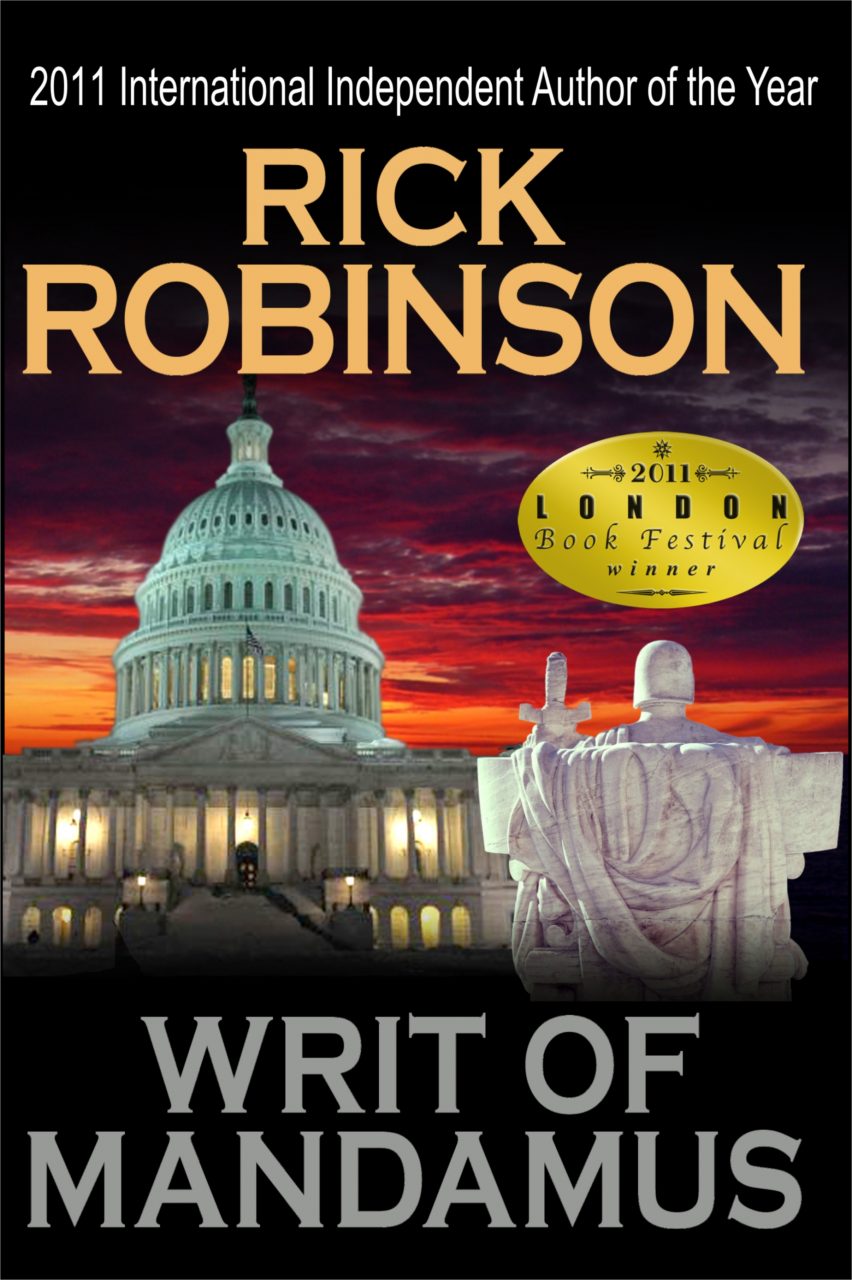 Congressman Richard Thompson's reelection campaign is sent into a tailspin when his opponent files a lawsuit asking the Court to order that Thompson live up to his campaign promises and vote against a pending federal spending bill. Thompson's efforts to dodge the issue thrust him into the middle of a nefarious business deal where arms dealers are using the Keeneland horse sales to illegally run F-14 Tomcat parts to the government of Iran.

In a fast-paced story that travels from the storied horse farms of Kentucky to the green fields of Ireland, Thompson is forced to realize that more is at stake than simply a campaign. In the end, an unlikely hero steps forward to make his future path clear.

Be the first to review “Writ of Mandamus” Cancel reply