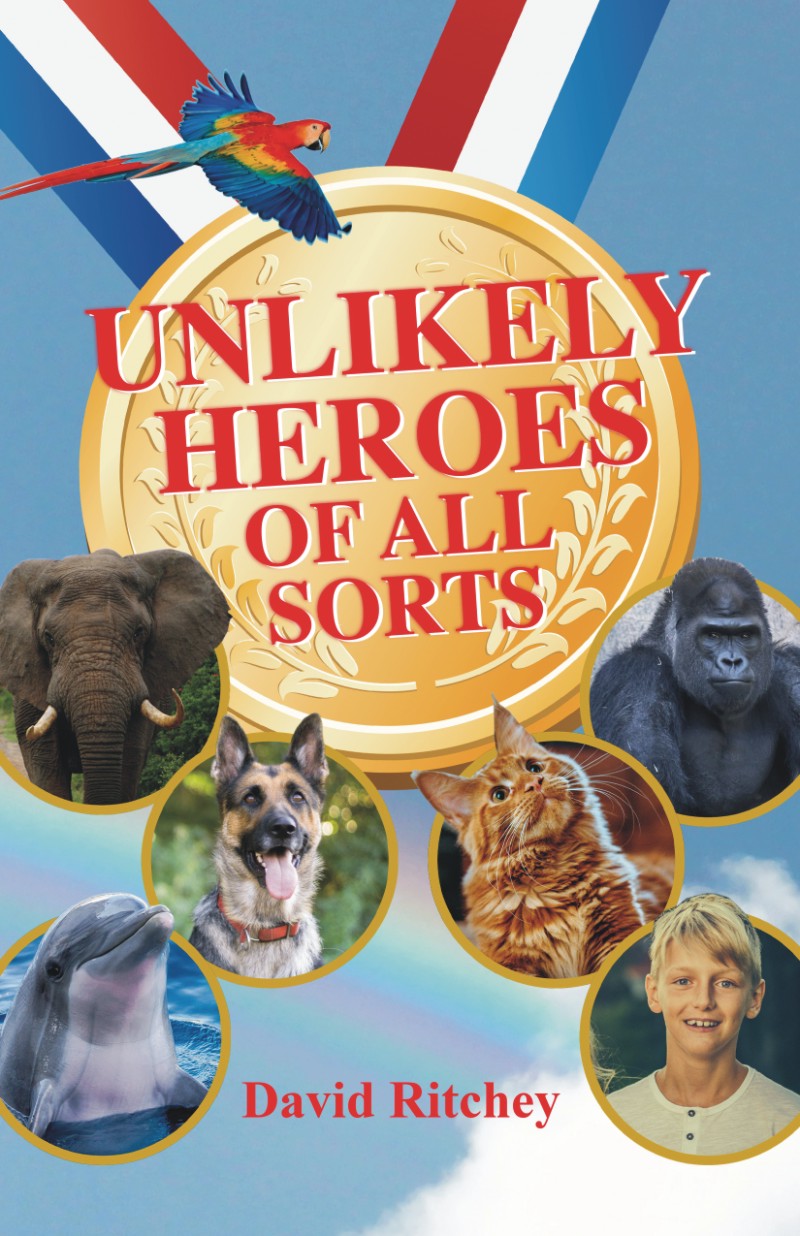 Unlikely Heroes of All Sorts

Most animals lack the intelligence and intentionality necessary to qualify as heroes, but there are some, including chimpanzees, gorillas, dolphins, whales, dogs, cats, elephants, pigs, horses, and parrots, who have filled that role and whose stories are most interesting.

A hero has historically been defined as a person, almost always a man, who was an illustrious warrior, and who, in the face of danger, combated adversity through feats of ingenuity, courage, or strength. In addition to those in the military, likely heroes are to be found among police officers, firefighters, emergency medical services personnel, and such. There are any number of factors that can make a person unlikely to be a hero. Among them are age, disability, and character traits. Unlikely heroes sometimes step up to the plate to help others when no one else will. Today, an individual can be considered a hero if, by their actions or characterological examples, they selflessly make significant positive contributions to the well-being of others.

For the actions of a protagonist to be considered heroic, no matter how positive the outcome might be, a component of intentionality must be involved. Intentionality requires self-awareness and self-awareness involves the related concept of empathy. Intentionality, self-awareness, and empathy, along with problem-solving ability, comprise the foundation of intelligence. Most animals lack the intelligence and intentionality necessary to qualify as heroes, but there are some, including chimpanzees, gorillas, dolphins, whales, dogs, cats, elephants, pigs, horses, and parrots, who have filled that role and whose stories are most interesting.