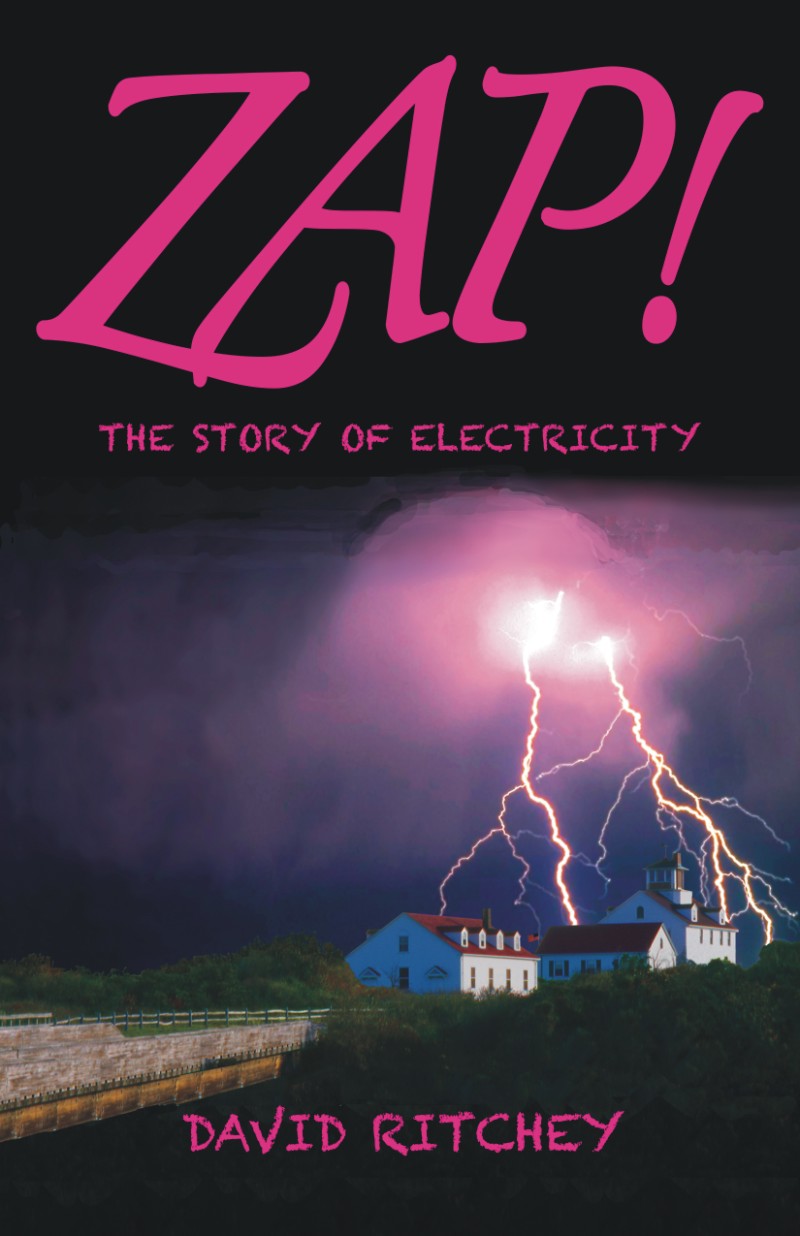 ZAP! The Story of Electricity

Good history of electricity and the science behind it.

The earliest humans were introduced to electricity by way of lightning strikes, which occur worldwide about 100 times per second. From lightning, they got fire, and the control of fire proved to be a turning point in the cultural aspects of human evolution. Serious scientific research into electricity began with Benjamin Franklin’s famous kite and string experiment of 1752 in which he proved that lightning is electricity. Other prime movers in the field of electrical research and invention included: Michael Faraday, James Clerk Maxwell, Alexander Graham Bell, Thomas Edison, Nikola Tesla, George Westinghouse, and Albert Einstein. Electricity (along with the internal combustion engine) makes our modern way of life possible.

The most ubiquitous electrical/electronic inventions are probably the electric motor, the telephone, the light bulb, and alternating current. Human biochemistry, thought, and action are all controlled by electricity, generated by neurons, which transmit information throughout the body in both chemical and electrical forms, and humans can also be affected by extracorporeal electromagnetic radiation. The hazards of ionizing radiation are well known, but there is considerable controversy about the potential dangers of non-ionizing radiation.

Most scientific studies indicate that moderate levels of non-ionizing radiation are safe, but a number of cases have been reported in which individuals have experienced electromagnetic hypersensitivity (EHS), a condition to which negative effects are attributed.

Be the first to review “ZAP! The Story of Electricity” Cancel reply