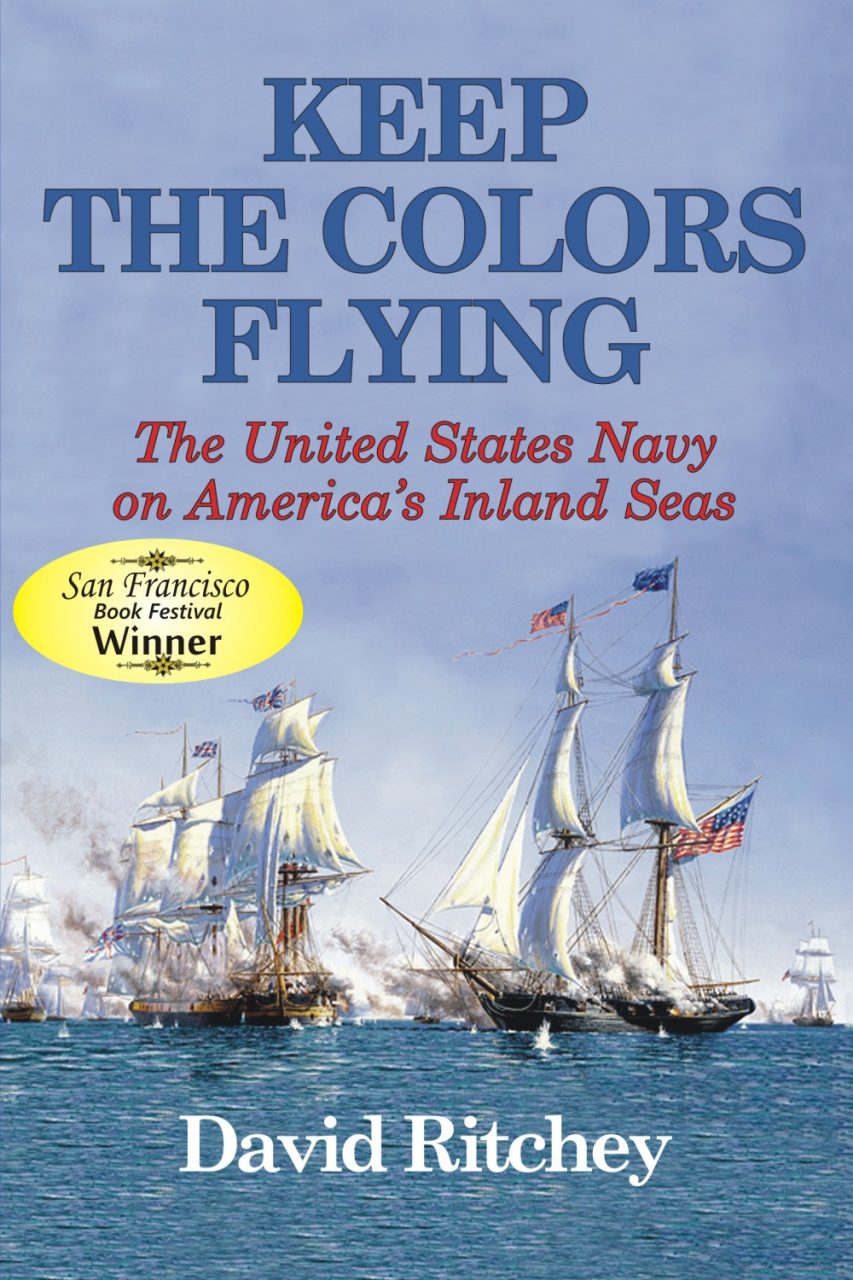 “…a must for any American History fan’s library. Concisely and intelligently written, Mr. Ritchey covers America’s battles on the Great Lakes or as he corrects, inland seas, from the early 1700’s to 1945.”

Many people have difficulty comprehending the enormity of America’s Great Lakes, and are surprised to learn that the U.S. Navy ever operated on them “because they are, after all, just lakes.” In order to correct this misconception, this book speaks of the Great Lakes, along with Lake Champlain, as “America’s Inland Seas.” While a significant naval presence on these bodies of water was relatively short-lived from the beginning of the American Revolutionary War in 1775 to the end of the War of 1812 in 1815 several noteworthy naval battles took place there. A number of U.S. Naval heroes were recognized as a result of those actions. Among them were Benedict Arnold (yes, that Benedict Arnold) on Lake Champlain during the Revolutionary War, Thomas Macdonough on Lake Champlain during the War of 1812, and Oliver Hazard Perry on Lake Erie during the War of 1812. The focus of the main text is on the battles, and appendices provide insight into the people, places, and ships involved.

Be the first to review “Keep the Colors Flying: The United States Navy on America’s Inland Seas” Cancel reply