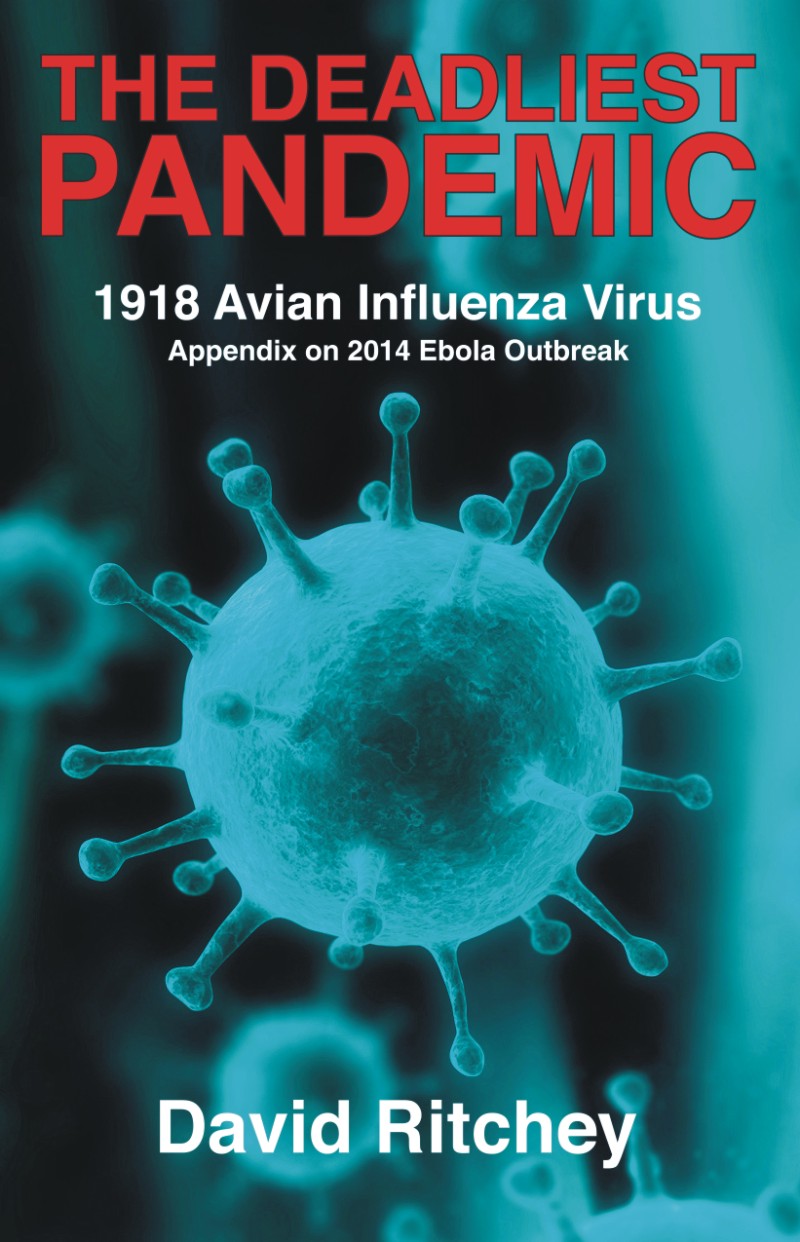 History of the 1918 avian influenza pandemic plus an appendix of the recent ebola outbreak.

The 1918 avian influenza pandemic has been called "the greatest medical holocaust in history." In a few short months, it killed 50 100 million people. It had a very high mortality rate, in excess of 2%, whereas annual flu epidemics, which kill 250 500 thousand people each year, have a mortality rate of about 0.1%. The 1918 flu pandemic killed more people in a year than the Black Death of the Middle Ages killed in a century; it killed more people in 25 weeks than HIV/AIDS killed in 25 years.

A new strain of flu, labeled "H5N1," has emerged in recent years. H5N1 is good at killing having a mortality rate in excess of 50% but it is not yet good at spreading. Given that this virus is at least 10 20 times more deadly than the 1918 strain, if it mutates to the point of becoming equally contagious, it could then rival the ferocity of some strains of Ebola, and be as contagious as the common cold. That being the case, evidence suggests that at a minimum it would kill 500 million people, or 7% of the world s population

Be the first to review “The Deadliest Pandemic” Cancel reply